WA farmers to Trump: Show us the trade deals 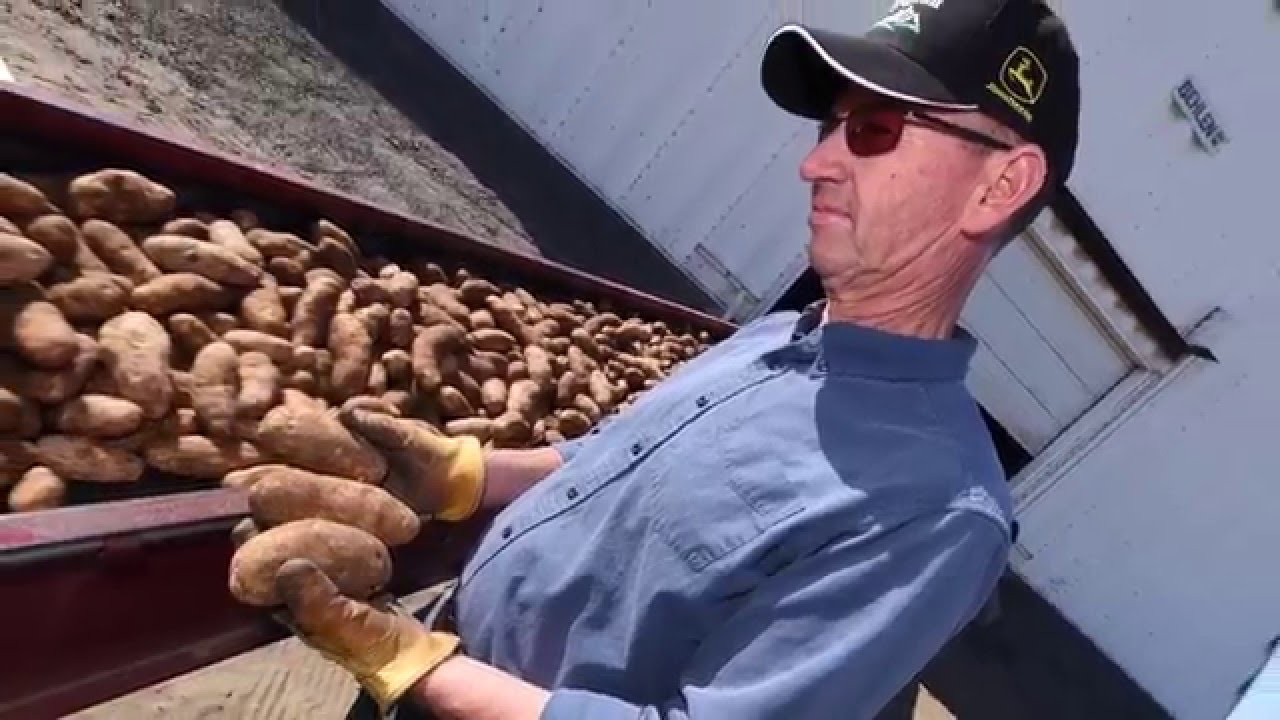 When Quincy, Washington, farmer Mel Calloway got the news that Donald Trump had been elected President of the United States, she was halfway around the world, in an airport terminal in Yangon, Myanmar. She and two others representing Washington potato growers were midway through a trade mission to Southeast Asia, waiting for a Wednesday morning flight from Myanmar to Vietnam.

As televisions turned to the election analysis on CNN International, she and her colleagues watched in disbelief, she says. Nearby, a couple from Las Vegas was on the phone with someone from home. Thirteen hours apart, they talked through the results pouring in from the West Coast. A group of Australians just laughed.

“No one expected the outcome that was happening,” Calloway says.

Calloway, like many Washington farmers, had supported Trump, but she says she thought it was a long shot. They voted for him, hoping that despite his caustic rhetoric on issues such as international trade and immigration, Trump would act in their best interests. So without much thought about what the election of an isolationist could mean for her mission to expand her state’s potato markets, Calloway continued on to Ho Chi Minh City.

The Washington State Potato Commission had spent two years and two trade missions trying to build an appetite for their product in Myanmar, where the population is young and those with some wealth have an appetite for iPhones and Ruffles. The chips produced in the country are small and cheap, which leaves room for a new tier, using higher quality potatoes from the states.

“We’re always looking for ways to increase our export potential, if we can,” Calloway says. She and her husband, Rex, who chairs the potato commission, farm 750 acres of potatoes on a 2,500-acre farm in Quincy, about 50 miles northeast of Ellensburg. She estimates 80 percent of those potatoes are sold abroad.

Washington is second to Idaho in U.S. potato production. Of the 4.8 million tons of potatoes harvested in Washington each year, the potato commission estimates that 90 percent will leave the state, and half of that will leave the country altogether. In 2016, Washington potato growers exported more than $782 million worth of frozen potato products, up from about $720 million the previous year. That includes $200 million in frozen French fries to Japan.

“From our perspective, having access to Latin America and the Pacific Rim is critical to the health of our family farms,” says Matt Harris, the potato commission’s director of government affairs. That’s why the commission, which operates on a $3 million annual budget, spends time and money keeping up relationships and exploring new markets abroad. (Calloway’s trip to Southeast Asia in November was funded by the U.S. Department of Agriculture.)

On a policy level, the commission advocates for trade deals that break down barriers. U.S. potato growers have benefited greatly from the North American Free Trade Agreement, for example, which eliminated nearly all tariffs on products bought and sold between Canada, Mexico and the United States. And they supported the Trans-Pacific Partnership, a 12-nation trade deal that, like NAFTA, would have reduced tariffs to encourage trade.

As a candidate, Trump railed against the TPP, calling it “a rape of our country.” In January, he fulfilled his campaign promise to abandon the agreement. And while he hasn’t yet followed through on his promises to scrap NAFTA, the potato commission takes the threats very seriously.

“He has the authority to unilaterally withdraw from the trade agreement,” Harris says. “If the U.S. were to pull away from that trade agreement with Mexico, you’d see tariffs on our exports.”

Of the $120 million worth of frozen potato products the U.S. exports to Mexico each year, almost a quarter comes from Washington. Without NAFTA, frozen products would likely see a 20 percent tariff at the border, Harris says. The tax on fresh potatoes would be closer to 50 percent.

Washington’s growing conditions — a long growing season, rich soil, plenty of water — and proximity to ports gives it “an edge on global competition,” says Derek Davenport, who grows chipping potatoes on 3,000 acres in Pasco. But high tariffs and increased production in Canada, Australia and Europe have made it a tough business lately.

“Trade is a big, big part of what we do. That’s a big concern of ours,” Davenport says. “Trump’s (administration) says they have plans in place to make trade beneficial. We’re still waiting to hear what that is. We haven’t heard any details.”

Davenport, who supported Trump in the election, has already seen a downside to the administration’s stance on trade. In January, a buyer in Mexico canceled a contract with Davenport, citing worries about what could happen with NAFTA. He says the exchange rate between the two countries also factored into the decision.

“Hopefully cooler heads will prevail,” Harris says. “At this point, we look at it as rhetoric. We’re not seeing any cues that would indicate anything but that. It’s something we have to monitor, but that’s where we’re at.”

During the third week in February, members of the potato commission made an annual trip to Washington, D.C., to meet with the state’s Congressional delegation. They reiterated the industry’s sensitivity to disruptions in trade, warning against withdrawing from NAFTA, and grasping for a silver lining in talks of bilateral trade agreements in place of the TPP.

“The new administration has said, ‘Alright I’m willing to do bilateral agreements,’ and to work on things that, for me, would affect the potato industry,” says Rex Calloway. “That’s what he’s promised. But I want you to follow through on that promise. Go do those bilaterals if that’s the direction you want to take — get them done. Now. Soon.”

In the meantime, the commission continues its own outreach to trade partners. In March, a group from Mexico, which favors frozen French fries over potato chips, visited Washington fields and processing plants as part of a reverse trade mission.

And Mel Calloway’s trip to Myanmar with representatives from WSDA and the potato commission led to an agreement to send a shipment of fresh chipping potatoes for manufacturers to test while the two countries’ regulators work out the details of future relations.

Calloway, for her part, seems to be willing to give Trump a chance to get it right. And no matter how extreme Trump’s views are on trade, she says, the President is just one man in a three-branch system of government. “I’ve been to Washington, D.C., and Olympia enough to know things do not change overnight,” Calloway says.