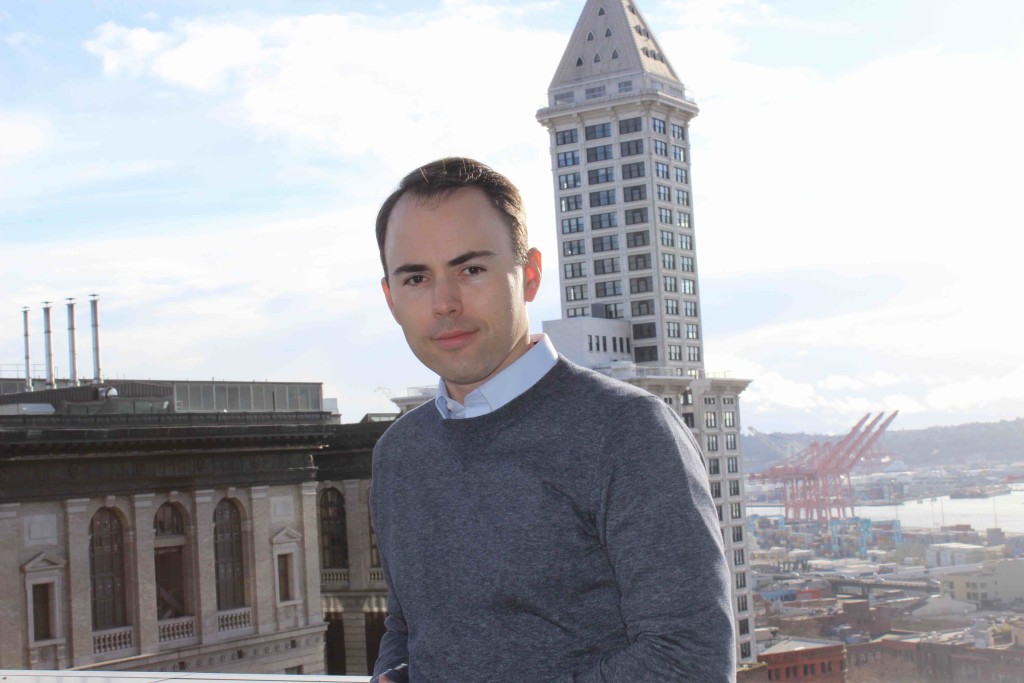 Scott Lindsay has launched a campaign for city attorney, criticizing the incumbent's handling of police reform.

It’s hard to know when, exactly, City Attorney Pete Holmes lost the support of key members of the Community Police Commission, but a decent guess would be the night of Feb. 11, 2016.

A package of police accountability recommendations had been collecting dust for months, already more delayed than its primary authors in the Community Police Commission (CPC) had hoped. To get to where they were, the commissioners had fought the mayor’s office, they’d fought the monitor overseeing the reform process, they’d fought the federal judge in charge of the agreement with the feds to overhaul the Seattle Police Department.

Finally, they’d arrived at a point where they felt they could send a proposal to the court and push the reforms through the legislative process. But on a Thursday night in a conference room on the third floor of City Hall, Holmes was paying a visit to say in person what the CPC members already knew was in the works: Delay the package further, he asked.

It was a request from the judge, but Holmes supported it. “To make [reform] last,” he said, “to make it meaningful is what this effort needs to be about. … I want to suggest to you, that as exasperating as the court may seem, this is our last best opportunity.” The message, even though expected, was unwelcome and Holmes suddenly seemed very outnumbered at his end of the table, flanked by a panel of angry commissioners.

It came back to haunt him politically this Thursday, when the first real challenger in his race for re-election, Scott Lindsay, public safety adviser to Mayor Ed Murray, declared his candidacy with a blast at Holmes' handling of the reform proposals.

Lindsay's announcement did not come, as many candidate announcements do, with the high praise of some political figure like the mayor or the governor, but with the backing of two people that are more pointed shots across the bow for the city attorney: CPC members Lisa Daugaard and Rev. Harriett Walden.

Both are one-time supporters of Holmes.

"That hurts," Holmes said Friday of the endorsements.

Lindsay was never seen as the hero in the police reform process, by any stretch; he was replaced by Ian Warner as the mayor’s representative over a year ago. And Daugaard, in particular, has fought him on other city policies, namely the city’s approach to homelessness. In fact, Lindsay wrote an op-ed for Crosscut disputing, point by point, an earlier op-ed from Daugaard criticizing the mayor’s policies on encampments.

Still, even setting aside the delay of the police accountability package, Holmes and the CPC have rarely been on the same page. With respect to Daugaard, Holmes points back to his support of Ed Murray's winning 2013 campaign for mayor and her support of former Mayor Mike McGinn. Beyond that, the CPC wanted Holmes to push the judge overseeing the reforms to make the committee an official party to the lawsuit between the city and the Justice Department rather than just an advisory body. Holmes resisted.

All of that is to say, an early endorsement of Lindsay from Daugaard, especially, is at once shocking and wholly expected.

In an interview Thursday, Lindsay pointed to those accountability negotiations as one of a number of disagreements he had with Holmes. “After I had worked with the CPC and we’d negotiated over eight, nine months for consensus on a legislative package for permanent civilian oversight, [Holmes] came in and said ‘let’s start that process over,’ ” he said. “We’re now at the conclusion of that process not really having changed the results, but with some delay.” The council is currently considering the accountability proposals.

Holmes said the main reason he ran for office was to tackle police reform. "I made a deliberate decision that I want to run because I want to deal with police reform," he said. Since he took office in 2010, he's always been a slow and steady proponent, often casting back to his earlier days on the Office of Professional Accountability Review Board, then the primary means for civilian oversight. As he tells it, the city has tried reforms before without the federal court system and they have not stuck. The courts can make it stick, so hold course.

He’s been given reason to celebrate: The most recent report from the monitor shows impressive improvements on the department’s uses of force.

Police reform is not the only issue, to be sure: Lindsay said he would work aggressively to expand arrest diversion programs, like the Law Enforcement Assisted Diversion program started by Daugaard.

But the damage had apparently already been done and Holmes' longtime friend in Daugaard has jumped ship. “We can do better,” said Daugaard in a statement, “but to get there, we need a partner in the City Attorney's Office who will do everything possible to show that our city can be healthy, vibrant and safe through use of public health and housing strategies rather than over-incarceration. I'm convinced that Scott Lindsay is committed to those outcomes and will use the City Attorney's Office to achieve them.”