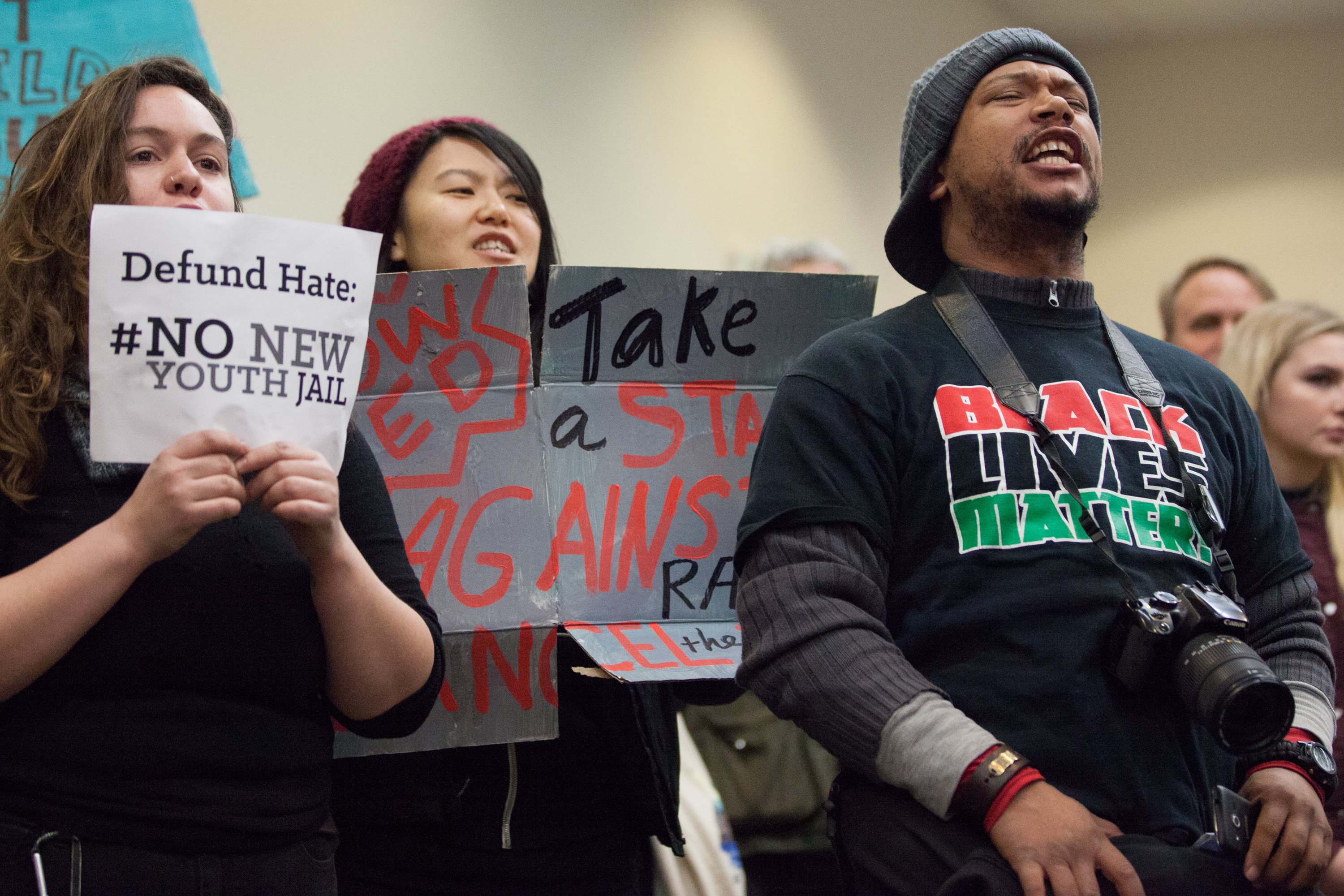 The long fight over the new Children and Family Justice Center — often known simply as the “youth jail” — will continue. In a tense vote Tuesday, the Seattle City Council opened a new path for opponents who hope to prevent the project from moving forward: They may appeal the siting of the Central Area land where it's slated to live.

Last January, activists with the group Ending the Prison Industrial Complex (EPIC) and others appealed a permit that changed zoning laws allowing construction of the building to continue. It was a last-ditch attempt to halt construction of the new jail, which county officials largely favor and Seattle officials have said they’re unable to stop.

City Hearing Examiner Sue Tanner had initially dismissed the filing, saying the permit could not be appealed. But at a Council committee meeting on Tuesday, Councilmember Mike O’Brien said the intention was always to allow for appeals of the permit; anything suggesting otherwise was simply a mistake in the permit's wording.

The 5-2 vote simply clarified the original intent of a 2014 land-use ordinance, O'Brien said. But others argued taking a vote was nothing but a political move to appease activists. “I feel frankly very disingenuous to fall on a procedural point to say, ‘We’re gonna let the people that oppose this come forward for another bite of the apple,’” said Councilmember Sally Bagshaw.

The current youth facility on 12th Ave. and East Alder Street can hold more than 200 people, but in recent years it usually houses a quarter of that number or less. Parts of the complex, which includes cells, small courtrooms, classrooms and a library, were built as far back as 1952. Its long hallways are tiled with linoleum. What natural light there is comes in through narrow, vertical windows.

King County has all but condemned the current building. Spokespeople call it cold, cramped and falling apart.

The new, $210 million, voter-approved facility to be built on the current site, proponents have argued, will be more humane, with more spacious courtrooms and cells. The new building, will have fewer beds and the cells will more easily convert to classroom space. “I’m urging us to remember that one person being touched by the court deserves a facility that’s built that shows reduction of trauma and the facility we have is not that,”said David Chapman, the county’s Justice System Improvement manager.

“We’re making tremendous strides…to diminish the use of detention” through changes to truancy penalties and minor offenses, Chapman added.

Opponents, however, see building a new jail as a massive investment in an outdated approach to criminal justice. “What we really need is a modern, community-based solution that breaks away from the school-to-prison pipeline,” said Joseph Shoji Lachman, a local writer and activist.

Many have argued that an all-hands-on-deck community approach could make the need for a jail irrelevant. Some advocate for support circles, in which offending minors answer to groups of their peers rather than the justice system.

The tweak to the land-use code does nothing to dictate the future of the facility, except to open up a narrow avenue through which opponents can appeal. It’s entirely possible, however, that the hearing examiner could still dismiss the appeal on its merits.

Nonetheless, activists' relentless opposition to a new facility has succeeded in pressuring some officials to change their stances.

Councilmembers O’Brien and Harrell both favored the project in 2014, but have since said they are open to new ideas. “We know we are at war with this evil called mass incarceration,” said Bruce Harrell on Tuesday. "Can we do more? That’s what the community is asking us."

Mayor Ed Murray has also said he would be open to re-examining the construction of the facility, although he has not said he favors scrapping the project.

The whole debate is very Seattle.

Elected officials share the same goals for criminal justice: more early intervention, more prevention, more flexible sentencing. Last year, the Seattle City Council passed a resolution committing to reducing the local youth prison population to zero, although the pledge lacked specifics. And there are successes, to be sure: the youth prison population has plummeted 70 percent over the last decade.

But in approach, there’s a clear divide between those who believe the facility can be used for good and those who believe that, as long as it exists, the zero detention goal cannot be achieved. Even the decline in population has done little to win over opponents, who point to the hugely disproportionate number of black and brown detainees.

Opponents of the facility also have a legal challenge in King County Superior Court to argue the siting is not legitimate. The first hearing is on Friday.