Pramila Jayapal talks about her first days in Congress 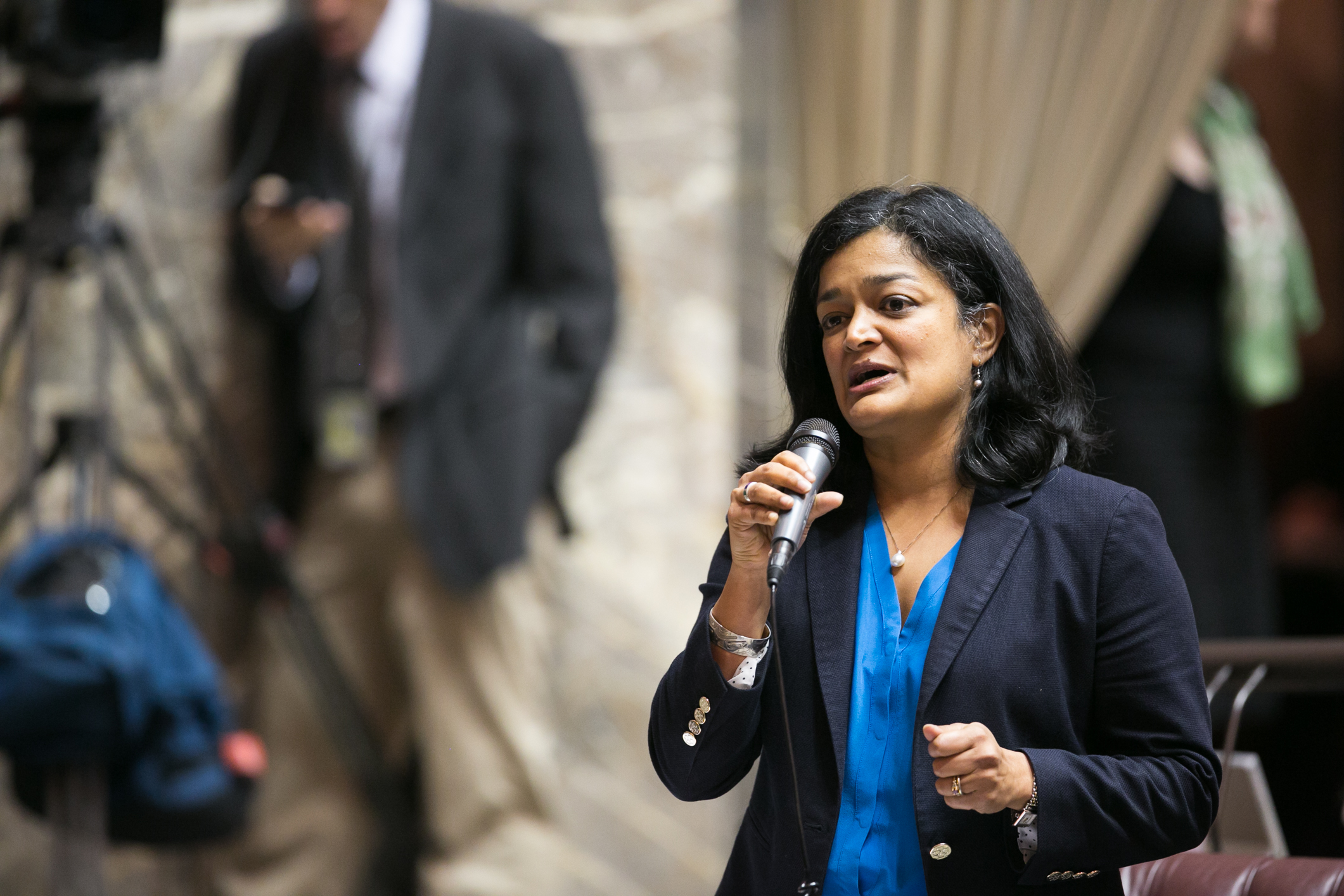 State Sen. Pramila Jayapal is about to become a member of the U.S. House of Representatives.

Pramila Jayapal’s first act in Congress was to rise and object to the certification of the Electoral College vote tally that would hand Donald Trump the presidency. Washingtonians would have expected no less from their new 7th district Congresswoman, a left-leaning Democrat who built her campaign on expanding the middle class, racial justice, women’s rights, immigration reform and forgiving college debt.

What happened next was jarring, however. Vice President Joe Biden, who was acting in his role as President of the Senate during the joint session, quickly gaveled Jayapal down, dismissing her challenge on the grounds that she had not had it signed by a member of the Senate. "It is over," he said, flatly.

Speaker of the House Paul Ryan and other Republicans fairly laughed her out of the room:

It was an early lesson in what it means to be a member of the minority party at a time when the GOP controls both houses of Congress and the White House.

Over the tumultuous months since then, Jayapal has continued to be an outspoken critic of the President and his party. She voted against the House version of the Republican healthcare bill, and when the Congressional Budget Office declared this week that the Senate-sent bill would leave 23 million Americans without healthcare, she called the bill “atrocious.”

On Wednesday, she ripped into White House Budget Director Mick Mulvaney over President Trump’s proposed 2018 budget, calling it “shockingly extreme” and a “betrayal” by the administration.

It hasn’t been all fighting words, however. Long a champion of immigration rights, Jayapal has co-sponsored, with Washington Rep. Dave Reichert, a proposal to extend protections to undocumented youth under the Deferred Action for Childhood Arrivals order signed by then-President Obama.

Though fiercely critical of President Trump and a variety of Republican majority proposals, immigration reform is one area in which she sees collaboration possible.

But is there any room for middle ground in a fiercely divided Congress, when President Trump’s scandals seem to have brought the gears of Washington grinding to a halt?

Crosscut/ KCTS 9 Senior Correspondent Enrique Cerna asked her that and much more on a live Facebook broadcast on Tuesday, May 30. Watch on Crosscut's Facebook page here.