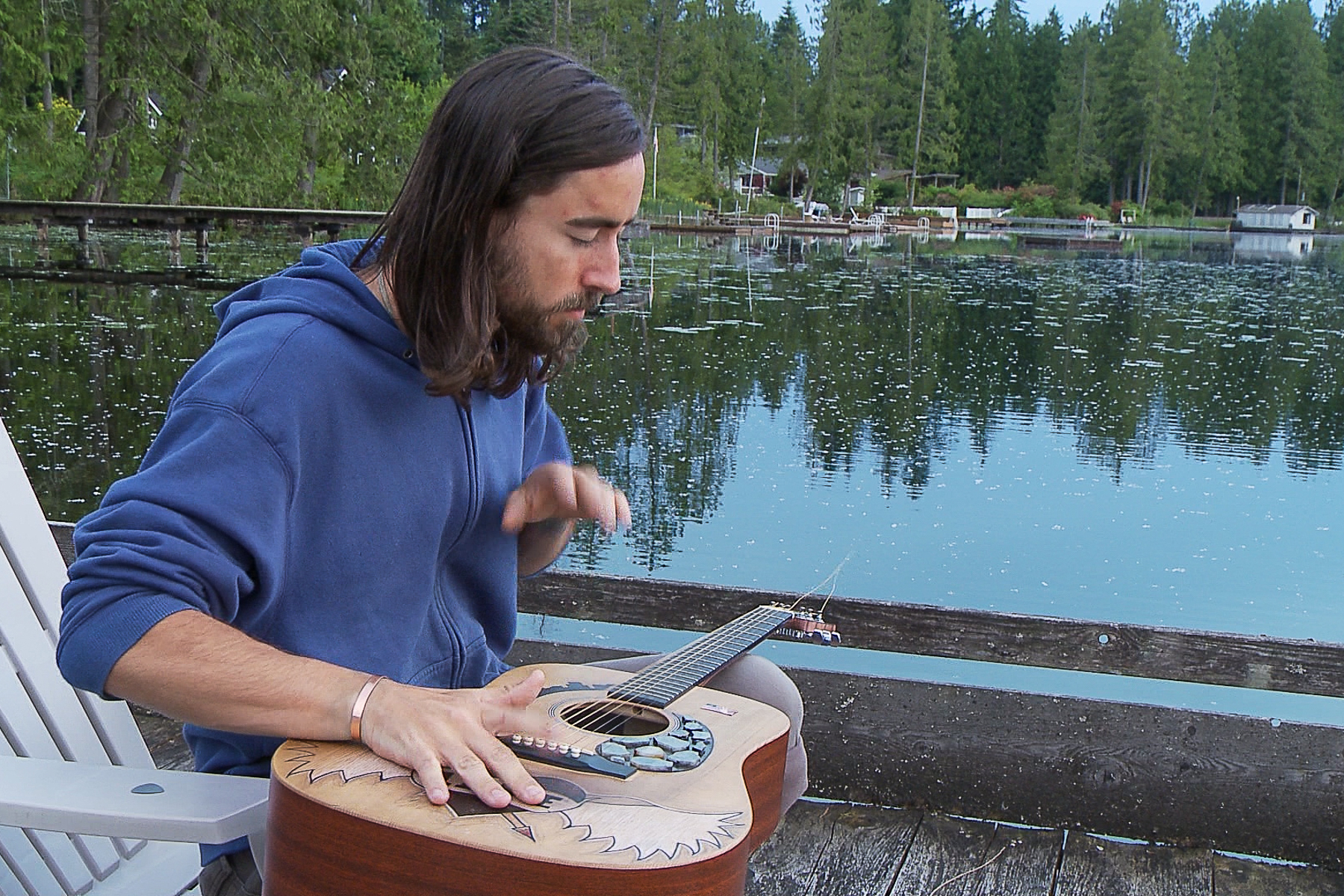 Adam Gentry, one of the people profiled in CRAZYWISE, a documentary by Phil Borges and Kevin Tomlinson.

On Sunday at the Seattle International Film Festival, Seattle-based social documentary photographer and filmmaker Phil Borges will premiere CRAZYWISE, a documentary about mental health and spirituality.

In the film, Borges and co-director Kevin Tomlinson, a longtime Seattle-based producer, director and cinematographer, explore how we approach mental health care in the United States – and what we can do to shift the current paradigm. According to the film, one in five Americans will experience a mental health crisis in their lifetime. Of those in the Western world, one-third will recover. The recovery rate in the Eastern world is two-thirds.

The origins of CRAZYWISE can be traced all the way back to 1994 when Borges traveled to Tibet, Nepal and India to meet Tibetans and Tibetan refugees who had faced religious persecution. He interviewed and photographed the very young and the very old, from nuns to sustenance farmers. On this trip, he met Thupten Ngodrop, a kuten, or someone who can channel the oracle. When he asked the man how he’d become a kuten, Borges learned that when Ngodrop was just a teenager he began hearing voices and experiencing electric currents and mood swings – things that in Borges’ Western experience were associated with a psychotic break.

Little did Borges know that 25 years later, he’d still be exploring the questions raised that day in his new documentary. Among the people CRAZYWISE profiles is Adam Gentry, who Borges first met five years ago closer to home when Adam was 26. Borges began interviewing Gentry every four to six weeks over a period of years. He learned that Gentry’s story began not unlike the shaman’s. At 20, Adam had had a psychotic break (75% of such breaks occur before age 24).

Gentry was admitted to an institution, diagnosed as bipolar and medicated, in line with how such incidents are treated in Western medicine. After diagnosis Gentry's journey would take him from prescriptions of 15 pills a day to Vipassana silent meditation retreats to living in a car near Redmond.

Over his 25 years as a human rights photographer, Borges culled interviews from 35 shamans from around the world who told a similar story time and time again: in their teens or early twenties, they each had experienced a crisis – hearing voices, hallucinations, passing out. “They were identified as someone with a unique sensitivity that could be used by the community,” Borges said in a recent interview. “They were told hearing voices is unique but normal, not considered a disease.”

They were given a role in the community. And, perhaps, most importantly, Borges added, they were given hope. “Hope in recovery, hope that they can come out the other end with a higher level of compassion and connectedness to the world.”

For CRAZYWISE, Borges and Tomlinson interviewed nearly 100 people, from psychiatrists to mental health workers to spiritual leaders to people who have been treated for mental illness. Included in the film are people in the recovery movement, survivors of the Western mental health system who relate their stories, and speak about what helped them recover.

Borges ended up wondering if Gentry had had his crisis in an Eastern culture, how would his experience have been different?  The documentary also asks what can be done to improve mental healthcare in the Western world now?

In the film, Will Hall, a counselor in Portland, speaks about his own mental health crisis in which he was told: “’You have a severe mental illness (schizoaffective disorder) . . . There’s no cure for this. You will be maintaining yourself on medication to manage your symptoms. We really recommend that you rethink some of your goals in your life.’” And Hall says, “That moment was really like casting a spell in my life. They were in the process of transforming me from an ordinary, full human being into this second-class citizen of being a mental patient.”

The effects of this experience – of isolation and of being “othered” – are conveyed over and over again in the film by experts and patients alike. And the importance of connection – of having a community support system – is also highlighted in the story of Ekhaya, a woman who survives childhood trauma and severe depression before meeting a woman who sees in her the potential to become a South African healer.

“I see the film as a voice for the recovery movement,” said Borges. “Our film is not anti-medication. It’s about comparing a way we frame an episode, taking it out of just pathology and looking at it as part of a process.”

CRAZYWISE screens May 21 and 22 as part of SIFF.