In Murray case, judge says 'yes,' the media is getting played 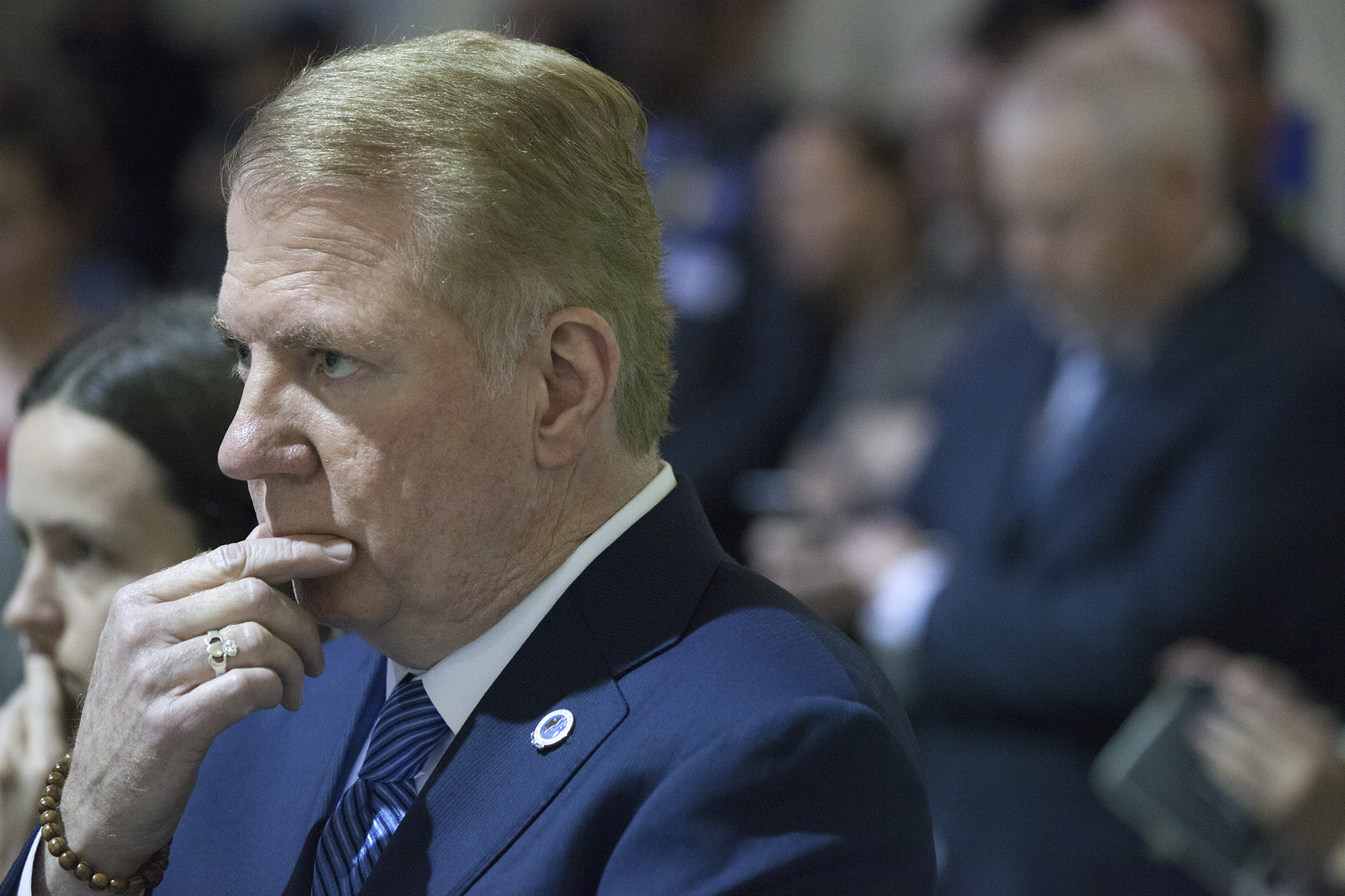 In the Murray case, is the media getting played? King County Judge Veronica Alicea-Galván says: Yes.

In a decision filed Thursday afternoon, Alicea-Galvan agreed with Mayor Ed Murray’s legal team that Lincoln Beauregard, the lawyer for those accusing the mayor of sexual abuse, has improperly filed court briefs with the intention of catching the eye of the press. The penalty is a $5,000 fine.

Beauregard said in a statement: “We respect the Judge's ruling but respectfully disagree. The ruling is effectively [an] unconstitutional gag order, and infringes upon freedom of press, and we will appeal on the merits at the proper time."

Due to the high profile nature of the accusations against the mayor, both sides have fought tooth and nail for word counts in the local news, as Crosscut has written about before.

Beauregard has seeded stories that Murray’s team vehemently maintain have nothing to do with the abuse allegations. Last month, he filed a subpoena with a story about an alleged  “cover-up” about a shirtless man who showed up outside the mayor’s house.

Outside lawyers agreed. “It appears to me as though the attorneys for the accuser are filing papers in court, like subpoenas, that don’t need to be filed, and usually are not filed,” said Andrew Kinstler, an attorney with Seattle law firm Helsell Fetterman, in an interview last week. “Deposition subpoenas, for example, do not have to be filed and usually are not filed in the public court record unless there is a dispute about the subpoena that requires court intervention. It appears as though documents are being filed in court in this case just so the media picks up the information.”

In response to the subpoena, Murray’s team, led by Seattle attorney Robert Sulkin, asked the judge for the sanctions. “Since the initiation of this lawsuit, Mr. Beauregard has repeatedly wrongly filed correspondence with counsel and discovery papers with the Court in violation of the Civil Rules for an improper purpose,” wrote attorney Malaika Eaton.

Murray’s team celebrated Alicea-Galvan's decision Thursday. “We’ve said all along that opposing counsel seems more intent on trying his case in the court of public opinion than in a court of law, and today the judge agreed with us,” said Murray’s personal spokesperson Jeff Reading in a statement.

It’s a rare celebratory opportunity for the mayor. On Tuesday, the mayor's birthday, a fourth man alleged sexual abuse. The mayor has also faced intense criticism for making repeated statements that note his accusers’ criminal pasts.

Beauregard is widely acknowledged in Seattle’s legal world as a skilled prosecutor who wins enormous sums of money for his clients. He’s taken on Seattle Police Chief Kathleen O’Toole on behalf of a department sergeant. On both occasions, he won millions of dollars.

But that has not stopped the public from questioning his methods. When the fourth accuser came forward, he included a photo of the man, Maurice Lavon Jones, and himself both smiling and holding a handwritten declaration as part of the legal record.

If a trial were to occur, it would take place after November's mayoral election.