Is it really OK to eat steelhead? 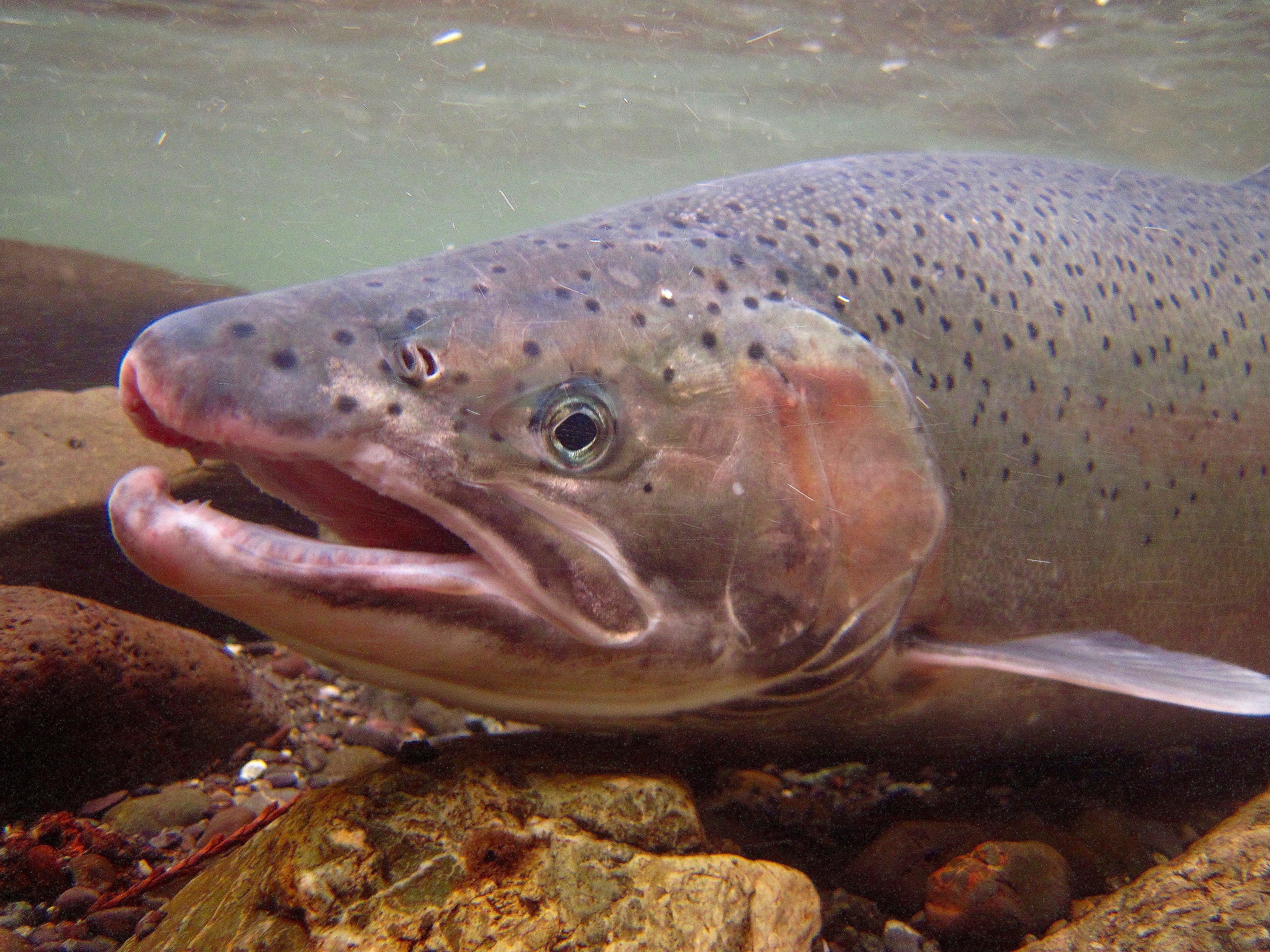 What does "good" mean? If you're trying to be environmentally responsible while picking out a steelhead fillet to grill or saute or maybe steam with green onions and soy sauce, that’s less obvious than it may seem.

Recently, Seafood Watch, a respected program of the Monterey Bay Aquarium that gives consumers recommendations for sustainable seafood, listed steelhead from the Hoh, Queets, and Quinault rivers on the western Olympic Peninsula as a "good alternative" choice.

Some conservation and sport fishing groups objected. How could those fish be a "good" choice, they asked, when the populations have been declining for decades?

Seafood Watch officials wouldn't discuss the details, but a spokesperson protested that no one had said the coastal steelhead fishery was sustainable. In a system where a series of “best choice” picks are listed, they say, that's not what "good alternative" means.

And in fact, whatever a consumer who sees that label may assume, the Seafood Watch website says explicitly that salmon rated as good alternatives "cannot be considered fully sustainable at this time. … [T]here is either one conservation concern needing substantial improvement, or there is significant uncertainty associated with the impacts of this fishery."

Critics don't suggest these fish are teetering on the brink of extinction. They do say that if nothing is done to halt the long-term population declines, the fish are going to get there. And that would have consequences.

"If those populations are listed under the [Endangered Species Act]," says John McMillan, science director for Trout Unlimited's wild steelhead initiative, "we can ultimately lose control of our fisheries." That assumes, of course, that if the time comes, the federal government will still be listing species under the Endangered Species Act.

The declines appear to be spread out over a large area. “Most Olympic Peninsula wild steelhead populations are in long-term decline," wrote Wild Salmon Center Science Director Matthew Sloat on the center's website. "Some are near their lowest numbers on record. Which is why it is so puzzling that ... the popular Seafood Watch labeling system from Monterey Bay Aquarium gave commercially caught Olympic Peninsula wild steelhead a 'Good Alternative' rating."

He said the rating “flies in the face of scientific evidence.”

A lot of people evidently complained about the "good" rating, and the aquarium sent out a letter stating that comments had already led to "information that came out since the [coastal steelhead] assessment was completed. That new information (low returns in the Hoh River in 2016) may lead to a change in rating for that river."

Seafood Watch subsequently re-rated Hoh River steelhead, advising consumers to flat-out "avoid" them. That leaves its "good alternative" rating for fish from the Queets and Quinault in place, at least for now. (Seafood Watch’s ratings for steelhead from the rivers flowing into Grays Harbor, farther down the coast, are split. Neither its “good alternative” for fish from the Humptulips or its “avoid” for those from the Chehalis has generated much heat.)

For fish from the Hoh, Queets and Quinault rivers, the dispute over ratings raises the larger questions of why those fish populations have declined and what can be done about it. There are no obvious answers.

On paper, those fish should be in great shape. Like the much larger and more closely watched Elwha, the coastal rivers start in the mountains of Olympic National Park. Unlike the Elwha, they haven't been dammed. As McMillan observes, only three of the "4 Hs" that threaten wild salmon are present. There's habitat alteration, harvest and hatcheries, but no hydro dams — and the habitat within the national park is pretty well pristine.

Plus, spawning streams far above sea level should insulate the fish from the effects of climate change, which may make lower-elevation streams too warm for spawning. Because of their altitudes, "those places are going to remain cold," McMillan says. Although the models keep changing a bit, from everything we think we know, "the Olympic Peninsula should be a bulwark" against the effects of temperature rise.

But in the shorter term, something bad is happening.

No one knows what that is, McMillan says. The fact that those fish aren't yet endangered has become, in some ways, "a double-edged sword." On one hand, it's good that they're not circling the drain. On the other, he says, there's not nearly as much money for research as there would be for more severely depleted populations.

In the meantime, people keep catching and eating the fish, and the populations keep declining.

Coastal treaty tribes, whose members do the commercial harvesting, have been ecatchng these steelhead for millennia. No one disputes their right to fish or to co-manage the fishery — hard-won rights that the state and its game wardens resisted, sometimes violently, until a famous 1974 federal judicial ruling, known as the Boldt decision essentially gave treaty tribes access to half the fish. The tribes won't comment on the flap over Seafood Watch ratings or the state of and threats to steelhead populations.

"When we look to the Olympic Peninsula [we know] these rivers have some of the best remaining habitat in the lower 48," McMillan says. Still habitat outside the park has obviously been altered, although — thanks largely to the tribes' scrutiny of logging permits, road proposals and other projects that threaten it — regulation has become pretty tight.

"These [coastal steelhead] fisheries are incredibly important to the tribes and to nearby cities like Forks," McMillan says, so there's a lot at stake. To protect them for the future, says McMillan, "We ... need to work together. The future of the fisheries for both sport and tribal fishermen depends on it."

"An ideal situation," McMillan says, "is that Seafood Watch can market these fisheries as a good choice." He means “good” as in sustainable, not merely a better choice than populations already circling the drain.