Mossback in the Wild West: celluloid and a concentration camp 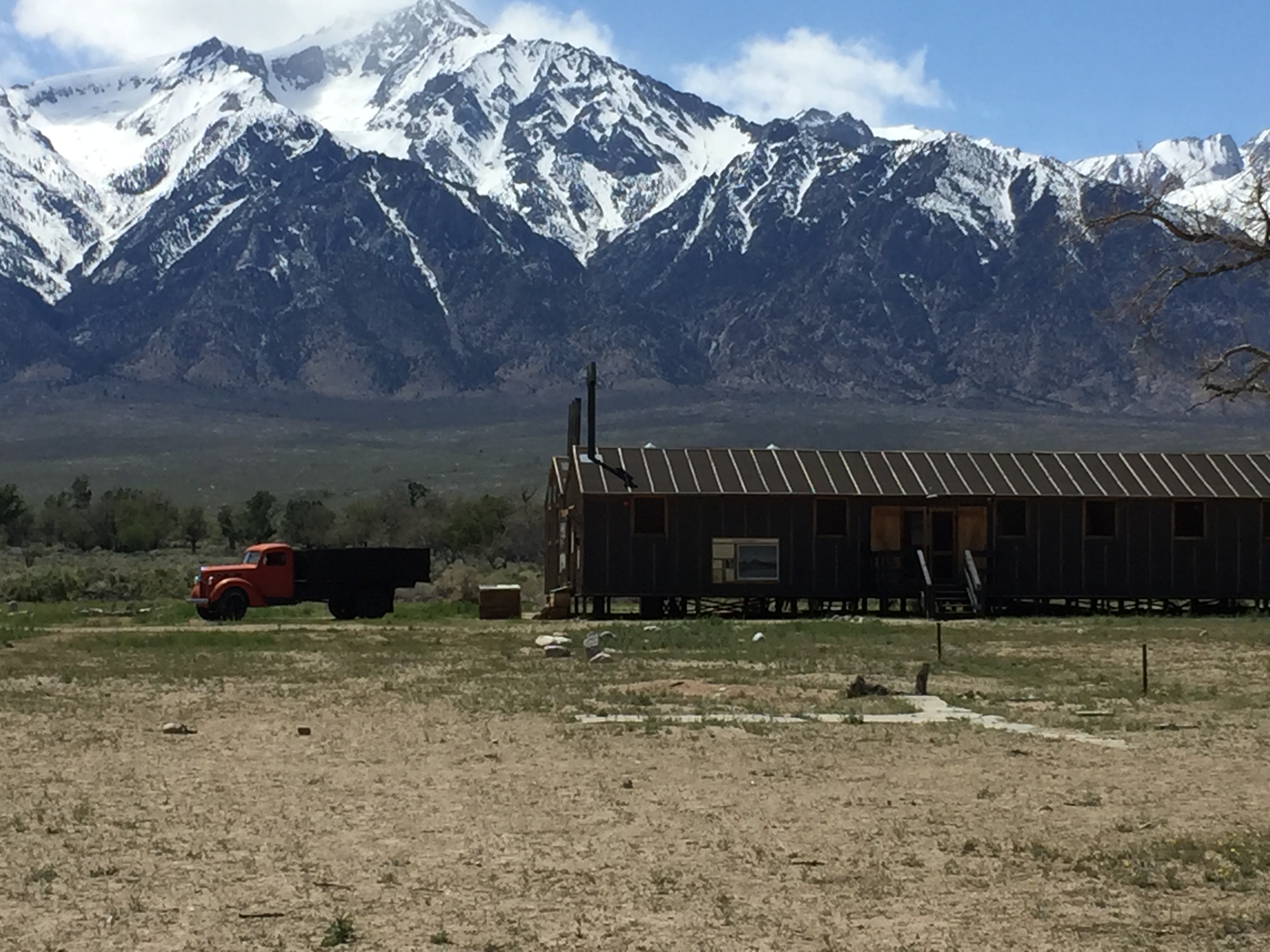 Seventy-five years ago, more than 200 Japanese Americans were rounded up on Bainbridge Island by the military, making the islanders the leading edge of a mass incarceration that eventually included 120,000 people removed from the West Coast.

In the hysteria following Pearl Harbor, many from Bainbridge were sent to a very un-Bainbridge-like place: Manzanar, California. The camp, which opened in March of 1942, was a sprawling compound in the Owens Valley on the eastern side of the Sierra Nevada range, not far from the to Death Valley.

The scenery there is as dramatic as the history of our mistreatment of the Bainbridge Islanders and other Japanese Americans sent to what were once called internment camps. The Sierra Nevada rise steeply out of the valley to create a spectacular backdrop. Wind and dust are constant. The area around Manzanar is open country. Unlike Bainbridge, it is not the place of cedars and strawberry fields but of sagebrush. It rains 6 inches a year, on average. By design, Japanese American prison camps were set far from the Pacific, mostly in the dry rural West.

Sprawling Manzanar held over 10,000 people at its peak, most of whom were American citizens. It even contained a section for the housing of orphans. The U.S. government soft-pedaled what it was doing in “relocation” centers, some with Orwellian names like “Camp Harmony” at the Puyallup fairgrounds where people were forced to live in animal stalls. Manzanar was initially called the Owens Valley Reception Center, as if the inmates were guests.

Fumiko Hayashida, a farm wife from Bainbridge whose family was No. 0014 (all the families had assigned numbers) said in 2006 that her reaction to Pearl Harbor was disgust and anger, but then: “My disgust soon changed to fear for I realized that I now had the face of the enemy.”

The roundup of the Hayashidas and tens of thousands of other Japanese Americans, in what many now frankly call concentration camps, was justified in part as being for their own protection, but when they arrived at Manzanar no one was fooled. They found barbed wire, guard towers and machine guns facing in.

Today Manzanar is a national historic site run by the National Park Service. On a visit, which can be deeply emotional for anyone from the Puget Sound area, the first thing that strikes you is a guard tower rising ominously out of the flat landscape. A large gymnasium built during the war years still stands and it now serves as the park’s visitor’s center and museum.

Some of the camp barracks, long since demolished, have been accurately recreated so visitors can see and feel how the imprisoned families lived in crowded conditions without privacy. A typical mess hall has also been built. In the originals, prisoners complained mightily about both the food, especially on Tuesdays which featured slurry they called “Slop Suey.”

The camp sprawled over 540 of 6,000 total acres leased for the purpose, and that’s a striking thing: The so-called internment system was a vast undertaking. Yet it is dwarfed by the mountain ranges on either side — the Sierra to the west and the Inyo to the east. They formed a geologic barrier to escape for anyone who got past the guards. Manzanar is only a little over 200 miles from Los Angeles, but it feels a world and even a century away. It was a contradiction: a colony of confinement where the wide-open spaces themselves were a kind of beautiful barrier.

Most of the original structures have been razed, but you can wander the vast grounds. There are sites for the school, and the camp newspaper, ironically named Manzanar Free Press. You’ll see the remnants of Japanese gardens built by the inmates to beautify their stark surroundings. Movie clips show how much the prisoners worked to create normal lives in an incredibly abnormal situation.

One of the striking things about Manzanar is that the site is less than 10 miles north of the nearest town, Lone Pine, famous as the place where Hollywood shot many of its Westerns. The town is an unofficial shrine to John Wayne who made movies there. A museum celebrates the film community's film legacy and Lone Pine’s guest stars from the silent film era to the 1960s TV Westerns. Wayne, Tom Mix, Mary Pickford, William Boyd, Gene Autry, Randolph Scott, Gary Cooper, Alan Ladd, Barbara Stanwyck, Will Rogers, Clint Eastwood, Maureen O’Hara, Roy Rogers — they were all immortalized in films shot there.

Just outside of Lone Pine is an unusual collection of rock formations known as the Alabama Hills. They were probably featured in every episode of the Lone Ranger. Hollywood bush-wackers, posses, raiding parties and wagon trains wound their way through them. Lone Pine country, it turns out, is the visual epicenter of our conceptions of the old West, a place where cowboy legends were crafted.

The Alabama Hills were named by pro-Confederate miners during the Civil War, after the rebel warship CSS Alabama that sank Union vessels. And while those pro-Confederate miners were operating in the 1860s, there was real fighting going on in the Alabama Hills and Owens Valley — the so-called Owens Valley War — against the Paiute. That conflict resulted in the forced mass expulsion of Native Americans from the area.

So, Manzanar of the 1940s was smack dab in a place where conflicts over race and rights had also been fought out decades before, conflicts that had been romanticized by Hollywood and deeply implanted in the American psyche. The ethic of the Wild West — freedom, independence and individualism — was forged here. Hollywood continued to make movies in Lone Pine idealizing that past even while a huge injustice was taking place just up the road at Manzanar.

Lone Pine was home base, cinematically, for a spate of “singing cowboys” when there was such a thing. They created a soundtrack for popular music in the ’30s and ’40s. The prisoners at Manzanar held regular dances in the camp gym where they swung to the hits of the day. In 1944, one of the biggest hits was sung by cowboy singer Roy Rogers, one of Lone Pine’s regular cowboy stars. The hit song was “Don’t Fence Me In:”

“Oh, give me land, lots of land under starry skies above

Don't fence me in

Let me ride through the wide open country that I love

Don't fence me in

Let me be by myself in the evenin' breeze

And listen to the murmur of the cottonwood trees

Send me off forever but I ask you please

Don't fence me in”

The prisoners at Manzanar had starry skies. There were wide-open spaces just beyond the barbed wire fences. Thinking of Manzanar’s prisoners dancing to this tune and listening to its lyrics, it must have been a bitter, if catchy, reminder of the promise broken to Japanese Americans.

The juxtaposition of Manzanar and “Don’t Fence Me In” announces that camps and walls are antithetical to the people we like to believe we are, but that the struggle against them is ongoing.