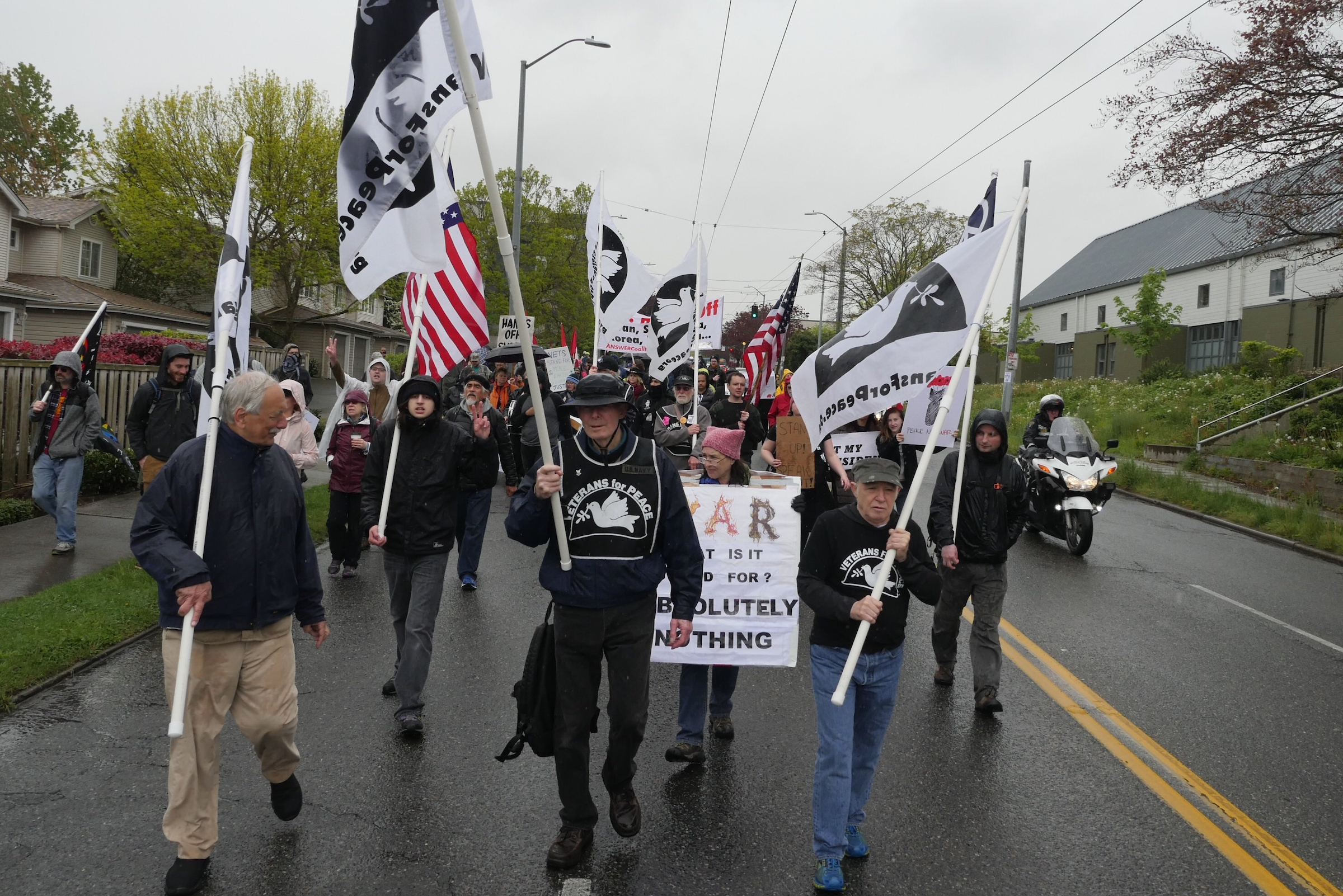 May Day 2017 in Seattle was a far cry from the violence that broke in Portland and Olympia — and the violence that erupted in Seattle in 2016. There were no Molotov cocktails thrown; no tear gas deployed; no store windows smashed. The city braced itself; some commuters stayed away from downtown; police officers stood out in force in riot gear. But while there were brief moments of tension between pro- and anti-Trump protestors downtown, the events of International Workers Day unfolded mostly peacefully.

A small group of anti-war veterans marched through downtown. Several thousands joined an Immigration Rights march through the Central District. Anti-capitalist protesters, as well as Trump supporters, also made their voices heard.

Expectations for both turnout and potential conflict were high, but police reported only five people were arrested and in an only-in-Seattle moment, a Trump supporter and a Trump protester found common ground while sharing a joint at Westlake Park.