Jim Henson was more than a puppetmaster 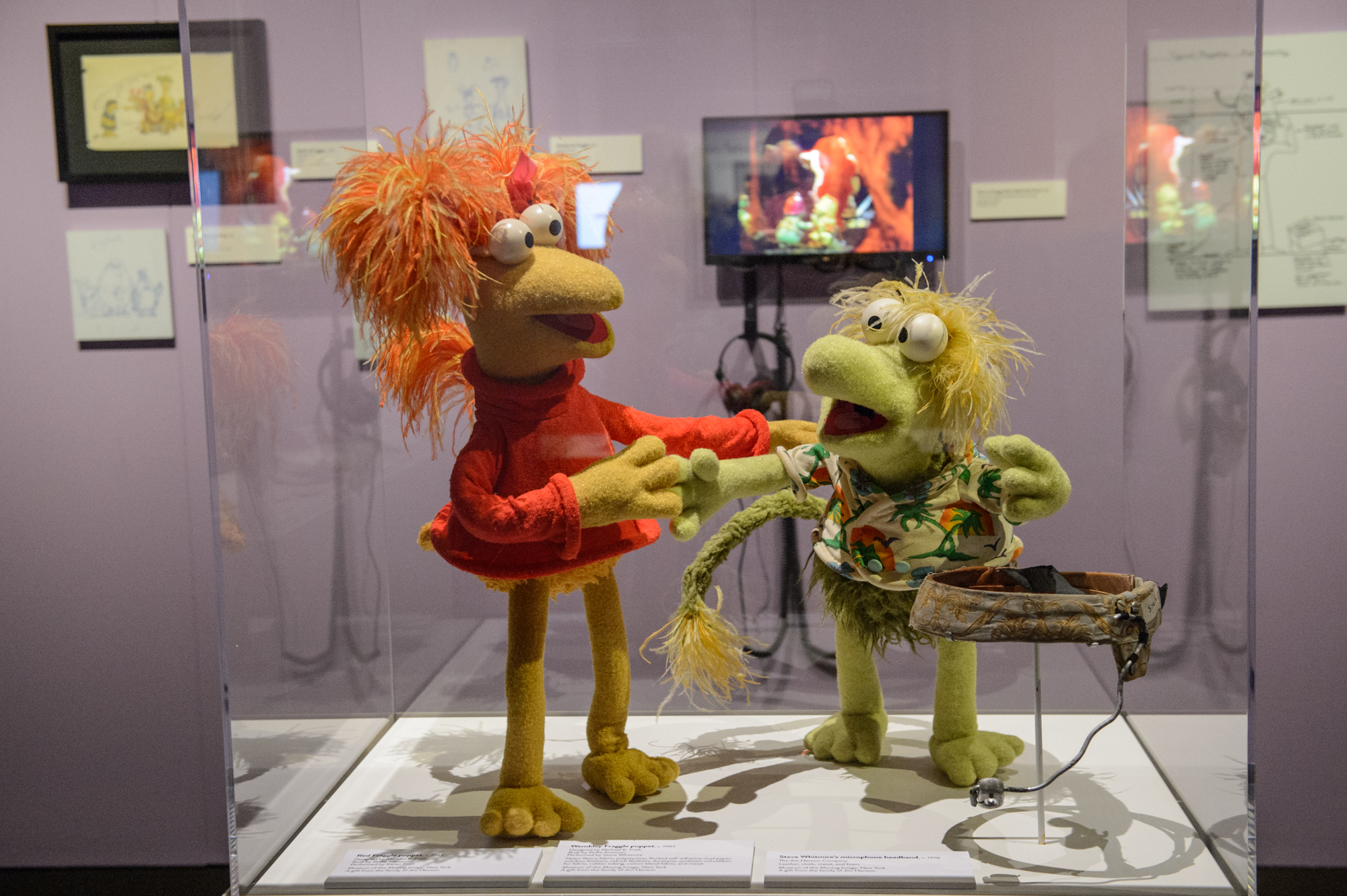 The moment you enter The Jim Henson Exhibition: Imagination Unlimited at MoPOP, you’re greeted by urUtt the Weaver Mystic, characteristically poised in the familiar crouch of the urRu. Close up, you notice the detailing on his robes: embroidered patterns, braided ropes and strands adorned with metal and glass beads, and knotwork. His long, angular face is embroidered with swirling patterns and framed by a tangled mess of pale sandy brown hair. His eyes seem distantly focused, as though deep in thought. Instantly, you remember the lush scenery of the 1982 fantasy adventure film The Dark Crystal and anticipate what’s in store.

This exhibition, a world premiere, displays an array of artifacts, sketches, video reels and puppets from Jim Henson’s expansive career, cut short by his death in 1990. The show itself is divided up into separate galleries, each highlighting Henson’s history as a puppeteer, cartoonist and film director. Henson’s most famous projects are highlighted, including Sesame Street and The Muppet Show. More than 30 puppets are featured including Kermit the Frog, The Count, Red from Fraggle Rock as well as Jen and Kira from The Dark Crystal.

Visitors are able to interact with the exhibition — MoPop features multiple viewing stations with headphones to view rare behind-the-scenes clips of various shows and footage from pilot episodes (Sam and Friends, from 1955, was Henson’s first TV show and it featured an early version of Kermit). There’s even a puppet-creating station where visitors can make a character and a puppet theater where guests can take a stab at puppeteering.

Imagination Unlimited proves Henson was a master of mask making, puppetry, fiber arts, costumery and storytelling. Henson wove together inspiring and tender narratives around topics such as love, friendship, identity and death. For example, when Will Lee, the actor who played the shopkeeper Mr. Hooper on Sesame Street, died Henson chose to dedicate a 1983 episode to a conversation about death rather than simply write the Hooper character off the show. Approaching the emotions children face around feelings of abandonment, the writers focused on helping them feel cared for in Mr. Hooper’s absence. In this way, Henson was able to introduce complicated themes while maintaining the transformative magic of his universe and its inhabitants.

That’s the enduring power of Henson: his greatest skill was conveying ideas in a way that was approachable and understandable by anyone at any age. He didn’t patronize children; he knew they could relate to deeper social, cultural, epistemological and political questions with great profundity. The characters and archetypes in Jim Henson’s universe are meant to reflect our humanity, and lack of it, back towards us in ways that compel us to feel and change. And we believed the relationships he put forth between puppets and humans on screen.

At the end of the exhibition, there’s a slowly spinning platform that houses the costumes that David Bowie and Jennifer Connelly wore as the Goblin King Jareth and Sarah in Henson’s feature-length film, Labyrinth. They appear suspended in an eternal dance to Bowie’s voice singing As The World Falls Down. There is no more enchanting entry back into reality. The end of the exhibition reflects Sarah’s own return to her life and to adulthood, having faced all her fears to learn more about herself and what it means to be human. Her journey is ours: one of great wonder and mystery, full of both friends and foes, sometimes scary but always an adventure. We leave Imagination Unlimited with a sense of nostalgia and joy and stories to share of our own.

Sharon Arnold is a Seattle-based writer, curator, and founder of Bridge Productions, a home to several projects featuring a broad range of contemporary art and literature to create a strong, accessible connection to the arts through publications, monthly art exhibitions, events, collaborations, and curated box sets. Since 2009, she has independently curated in various nontraditional spaces and commercial galleries and was one of four curators for the inaugural landmark event Out of Sight, which ran alongside the Seattle Art Fair in 2015 at King Street Station. She is currently the author of Field Notes, a bi-monthly online arts column for City Arts Magazine.