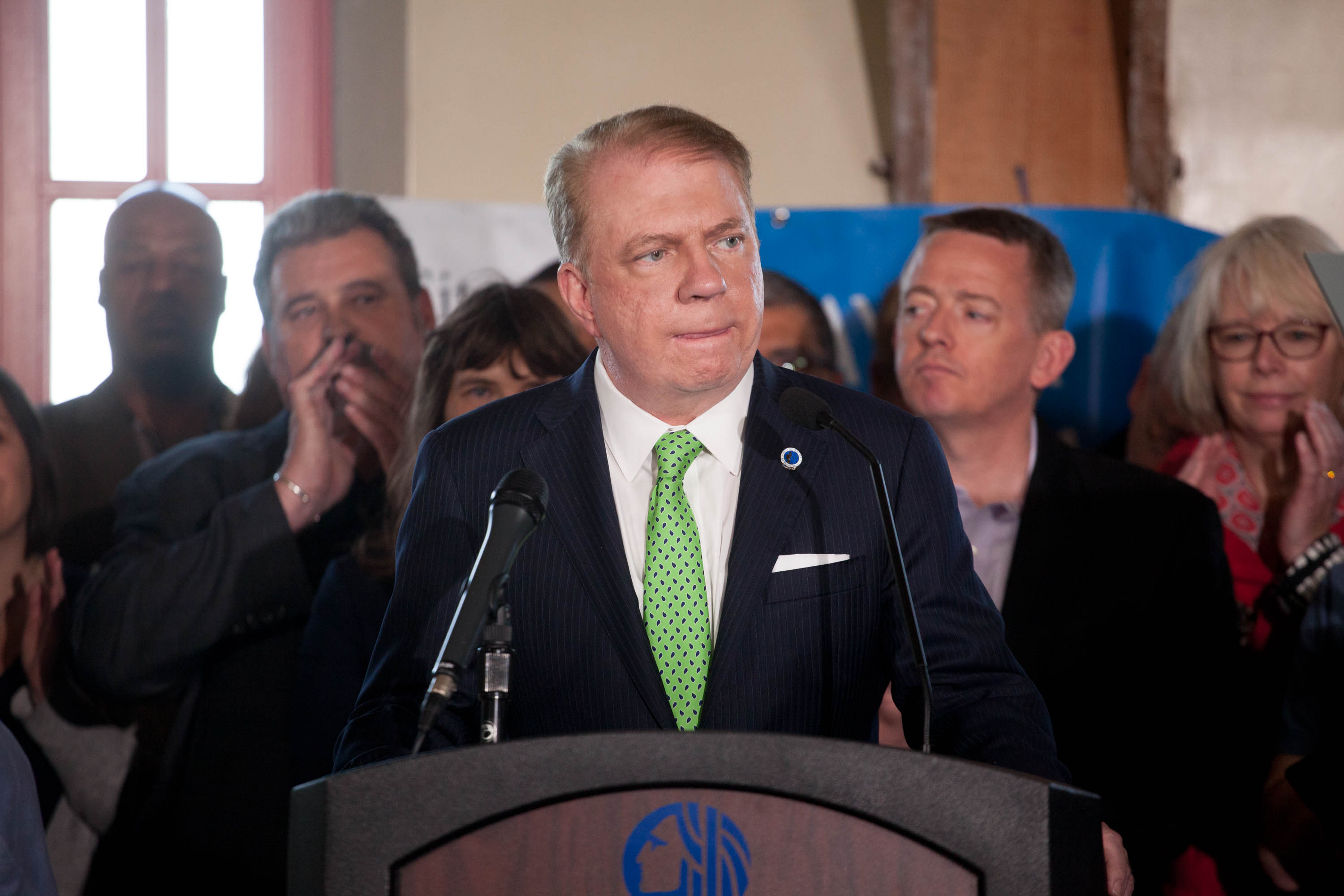 By the end of filing day Friday, 21 candidates declared for Mayor, with six people seriously competing to survive the primaries. It's a celebration of sorts, as the chaos of rumor and speculation ends and anticipation for the primaries begins.

And for the first time in decades, Mayor Ed Murray missed it as the May 19 deadline passed, officially making him a lame duck.

Just over a week ago, the cross section of Murray's support base stood behind him as he ended his career near where it began. He stood in West Seattle, at the Alki Beach Bathhouse, just blocks from his childhood home where he decided once-upon-a-time he would be a politician.

After he finished his comments and left through the back door, his emotional supporters and cabinet members couldn’t help but look a little cheerful on the lawn outside, like they were in a buffet line at a funeral. By 5 o’clock that evening, days of speculation about the mayor’s fate gave way to speculation about who would take his place. Even the fervor around the sexual abuse allegations against him seemed to fade.

His base, meanwhile, built up over many years of time in public office — which his supporters like to cast as an unprecedented union of labor and business — has scattered. His endorsements, his consultants, his donors have begun to find new horses to back. And they've done so with relative ease.

Murray’s political consultants, Sandeep Kaushik and Christian Sinderman, have split. Kaushik is helping former U.S. Attorney Jenny Durkan’s campaign; Sinderman had been poised to take on Councilmember Lorena González’s campaign until she decided against running. Now, he's without a candidate, an odd thing for the high-profile campaign manager.

Some of Murray’s highest profile supporters —  Councilmember Sally Bagshaw, former-King County Executive Ron Sims, King County Councilmember Joe McDermott — people who suffered a blow when Murray, choking up, announced he wouldn’t be running for re-election stood with Durkan just three days later when she jumped into the race. They grinned and clapped as Durkan made her announcement at the Pacific Tower on Beacon Hill.

“It’s one of those things: Tuesday we’re mourning, then we’re having to applaud our friends,” Bagshaw said. “It was important to get out right out of the box to make sure people know she has support. That’s what you do.”

The business influencers are likely to get behind Durkan, a moderate by Seattle standards who is poised to carry on Murray's housing and homelessness policies. It’s unclear what happens to labor. David Rolf, the head of the local SEIU labor union, who stood just off Murray’s left shoulder as he made his exit announcement at the Alki Beachhouse, took meetings and phone calls from prospective candidates in subsequent days. He told Crosscut last week they would examine all their options.

Farther left, Socialist Councilmember Kshama Sawant is hardly tiptoeing around the politically wounded Murray anymore. Last Wednesday she gave her most full-throated rebuke of those “corporate” politicians, which is how she’s often painted Murray and his team. She has endorsed candidates attorney/organizer Nikkita Oliver for mayor and former Tenants Union Executive Director Jon Grant for city council.

The campaign, in other words, is familiar: the new-left versus the center-left, as it was last election and the election before that.

Murray once dominated fundraising but Durkan is now filling that vacuum. On Wednesday, according to Kaushik, her campaign has raised more than $70,000. By Friday, that number was up to $100,00, all through just an email out to friends. She “hasn’t really even started, in a systematic way, a fundraising effort,” said Kaushik.

With Murray out of the way, that number will continue to climb.

They will all talk about many things, like housing, homelessness, police, transportation. But not about Murray.

Murray himself seems to acknowledge he's likely to fade away and that words from him would only hurt. As he told KUOW recently, “I think the allegations against me would need to be cleared up before anyone would want an endorsement from me."