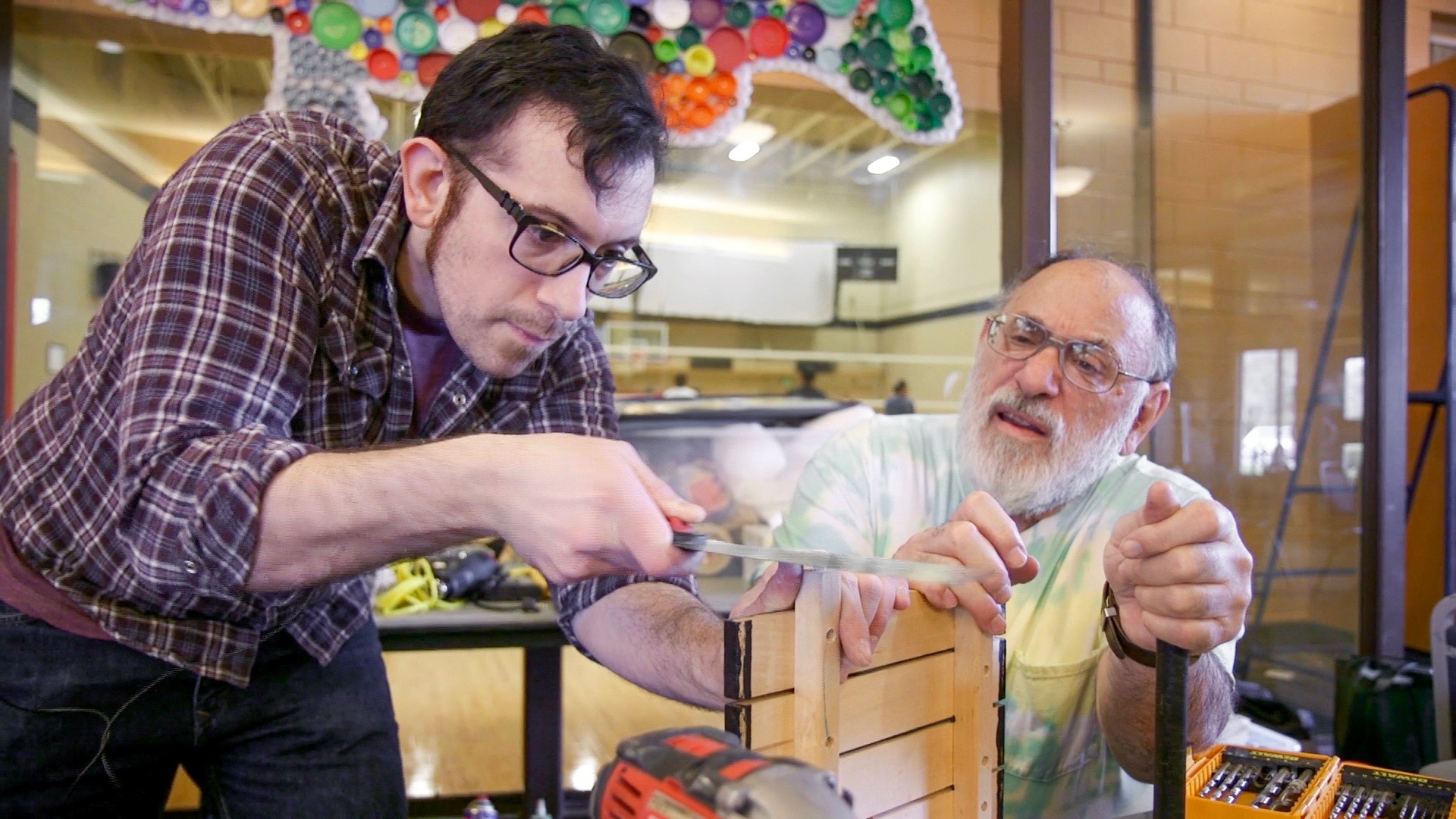 Paul Savino’s first patient of the day collapsed under the weight of an overgrown child. He's seen these symptoms before.

“What we have here are a couple of dowel joints that have popped and one that has snapped,” he said. “But the patient will survive, I dare say.”

A piece of sandpaper, some wood glue and 20 minutes later, the toddler-sized wooden chair was back on its feet.

Savino’s been mending stuff since he was small enough to fit in the chair. Now, thanks to him and a cadre of repair-happy Western Washington residents, more broken stuff is getting a second chance at life. Savino volunteers at “Repair Time,” a new King County recycling program that aims to encourage residents to think twice before tossing their broken stuff.

“We live in a throwaway society,” said Savino, a woodworking teacher at West Seattle High School. “But sometimes it’s literally a tiny little piece of plastic can take a functional, useable object from the trash heap back into our homes where it’s alive and well again.”

In King County, about 75 percent of household goods discarded in landfills each year could have been recycled or reused, according to county estimates. The county aims to reduce waste to zero by 2030.

“Repair often gets forgotten, but it’s an important part of reuse,” said Watson, who helped start the program in 2016. “We are directly saving [some items] from going into the landfill.”

The program was inspired by local precursors like the Bellingham Repair Cafe, which closed in 2016 for lack of funding, and Portland’s Fix-It Fairs. Repair clinics got their start in the Netherlands in 2009.

In early April, a team of retired electrical engineers, seamstresses and hobbyist-tinkerers were on hand at the SeaTac Community Center to fix household items for locals like Maria Smedzwick, who brought her bedside lamp.

“It just wouldn’t turn on,” Smedzwick explained. “How am I supposed to read before bed?”

“My wife is old and needs warmth on her legs,” he said. “I’m good in math, with figures, with writing, but as far as fixing things, I don’t know anything.”

Other locals tasked the self-styled “fixers” with rewiring a hair dryer, mending hijabs and making a Willie the Hobo music box whistle again.

Despite their years of collective repair experience, the volunteers caution that some items are unrepairable. Some products require parts sourced directly from manufacturers, take too much time to get inside or rely on proprietary information.

“Being fixable is usually not a consideration in the product design,” said Mark Boberg, one of the volunteers. (A “right to repair” movement hopes to fix that.)

Still, Boberg said the team’s track record speaks for itself.

He and the other volunteers hope to leave participants with skills they can reuse, too. That part’s a work in progress. Participants like Maria Smedzwick only have so much time for Repair Time.

“I don’t have all day,” she said, glancing at her watch. “Maybe I’ll read about it later — now that my lamp is working again.”