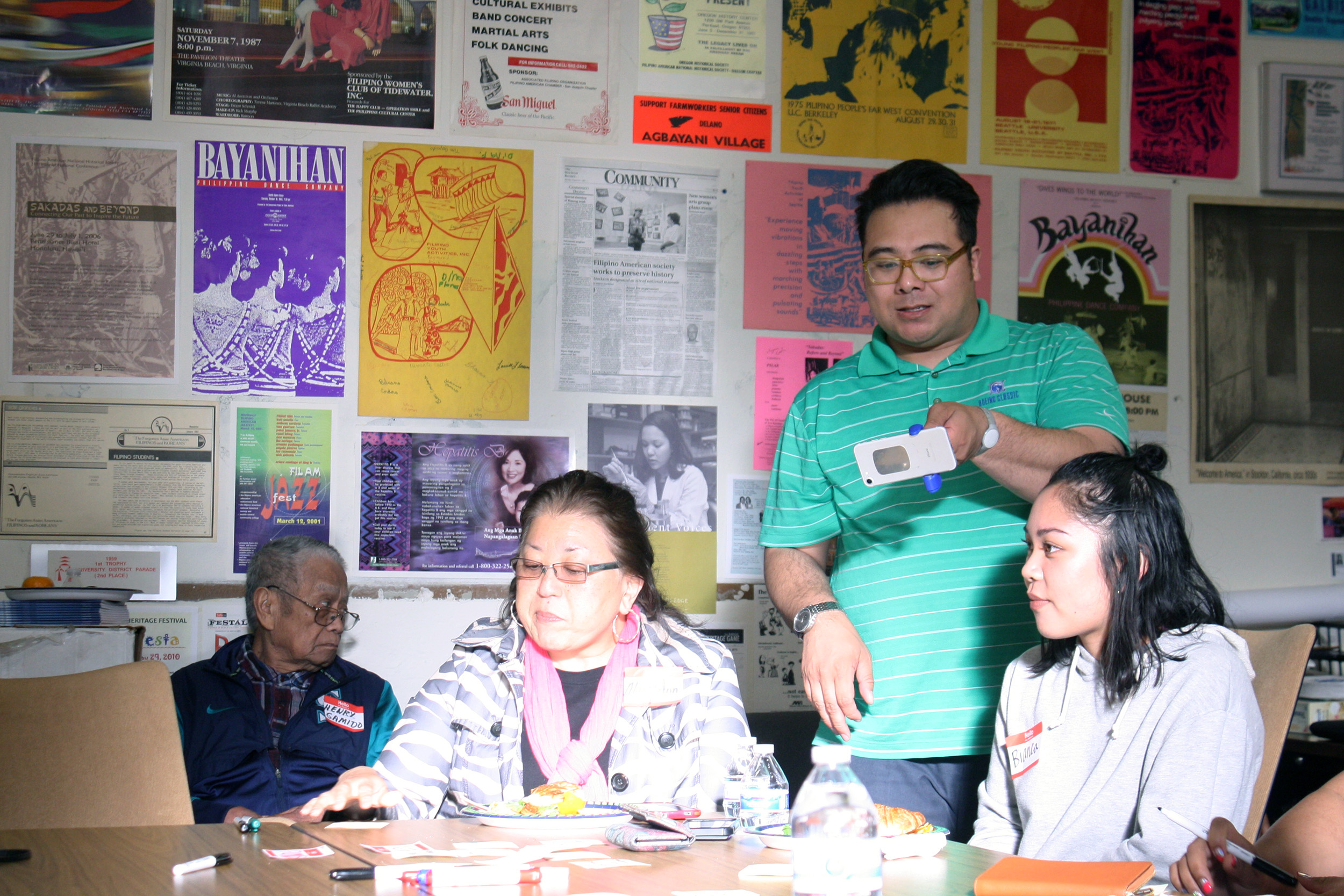 FANHS Secretary Devin Cabanilla (center) Facebook livestreams a community discussion about My Family's Slave, a story published by The Atlantic in June 2017.

On Wednesday evening, some 15 people filtered into the archives room of the Filipino American National Historical Society (FANHS) located in the basement of a girl’s middle school in Central Seattle. They pulled up chairs to a table in a room lined with filing cabinets and colorful posters advertising local Filipino-American political candidates — David Della, Velma Veloria, Maria Ambalada — as well of dozens of cultural events.

Nearly everyone was Filipino or of Filipino descent. They ranged in age from twentysomething to in their 80s. The multigenerational group gathered to discuss The Atlantic cover story, My Family’s Slave, by Alex Tizon. The story is a poignant account of the author’s family’s indentured servant, a Filipina named Eudocia Tomas Pulido who was referred to as “Lola” or “grandmother” in Tagalog. Tizon’s parents inherited Lola and they brought her with them from the Philippines to the Seattle area. She endured years of abuse. The story went viral and elicited a range of reaction from praise to condemnation.

Tizon, a former Seattle Times reporter who won a Pulitzer Prize, was respected in Seattle’s Filipino-American community and some who came Wednesday knew him. (The story was published posthumously; Tizon died unexpectedly in March). The story shed light on more than just the persistence of modern-day slavery, some pointed out. For many, it spearheaded a multi-generational conversation about class, the treatment of women, and the history of servitude within the Filipino community and the Filipino diaspora.

Some younger attendees even noted that it helped crystallize their sense of identity. Devin Cabanilla, 36, who was born in the U.S., said shock about the story helped him realize “how American I am” because he thinks the servitude highlighted in the article is still accepted by earlier generations of Filipinos.

Cabanilla spread four sticky notes on the table and asked participants to write down words that captured their thoughts and feelings about the author, Filpinos, Lola and the media’s response to the story. The group launched into a tell-all discussion spanning more than two hours that unearthed revelations about servants in their own family’s past.

The discussion about Lola elicited the most evocative responses. On the sticky notes people wrote “shame,” “sadness,” “trapped” and “heartbreaking.”

But some of the older people who had emigrated from the Philippines said they weren’t shocked by Tizon’s story. Thelma Sevilla, 71, moved from the Philippines to Seattle when she was 7 years old and said Lola’s story reminded her of her own. Sevilla recounted a childhood of handwashing diapers for her stepmother and serving a servitude role in her own home.

The group also discussed the history of katulongs (“helpers”) in the Philippines as a form of social welfare. Servitude was a means of survival for many in the lower classes who would till land or cook and clean for those in the higher classes in exchange for food and shelter.

“In the Philippines, there is no social welfare system,” said Annie Galarosa, 66, who was born in the Philippines. “You might think of it as really bizarre or inhumane ... [but] even the poorest person has a katulong because it’s a way to allow that person to actually survive.”

For those who were first or second-generation Filipino-American, the cultural context didn’t make Tizon inculpable. “I think he was meaning to be well-intentioned,” said Bianca Recuenco, 21, a junior at the University of Washington. But she conceded that “it’s hard for me to ... not think of it as enslavement.”

Cabanilla said the article has served as a “lightening rod topic” that has brought together Filipino-Americans from across generations in a way that he’s never seen before. Routine car rides to the grocery store are no longer silent, he said; he discusses the story with extended family members. It was through these conversations that Cabanilla learned that his own paternal grandfather had several katulongs in the Philippines.

“It’s careless to claim cultural privilege as a way to avert the guilt and the shame,” Cabanilla said, adding that the historical context doesn’t justify the exploitation of people.

As an activist who is seeking to transform American society, he added that it would be hypocritical to not analyze the ills in his own heritage.

Cabanilla said Wednesday evening marked a cultural moment of reflection for the community rather than a call to action. He hoped participants who were members of human rights organizations would be encouraged to collaborate with each other during a second meeting that’s planned for next week.

As the meeting ended, theology graduate student Carlo Nakar led the group in a prayer for Lola, who died in 2011 at the age of 86.

“Every heart that is in Lola’s situation right now, we pray that you give them mercy and relief,” Nakar said. 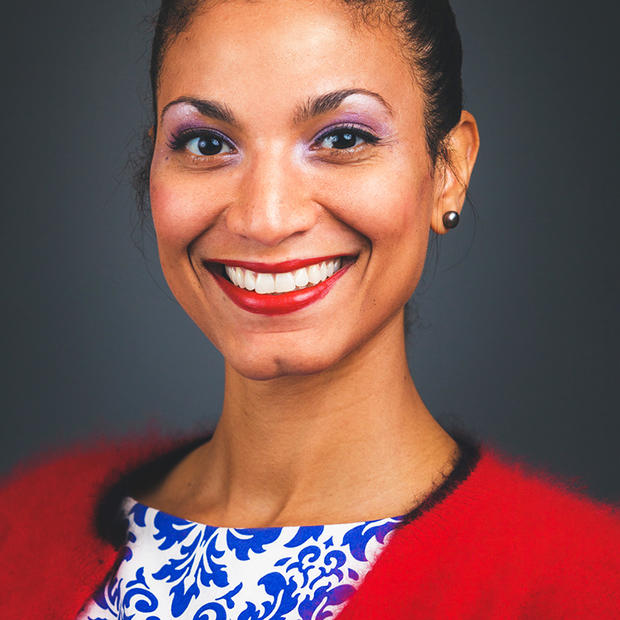 Melissa Hellmann is an award-winning reporter who covers racial, gender and economic inequality. Prior to joining the Center for Public Integrity in August 2021, she covered marginalized communities for The Seattle Times