State senators want to save you from a nuclear attack 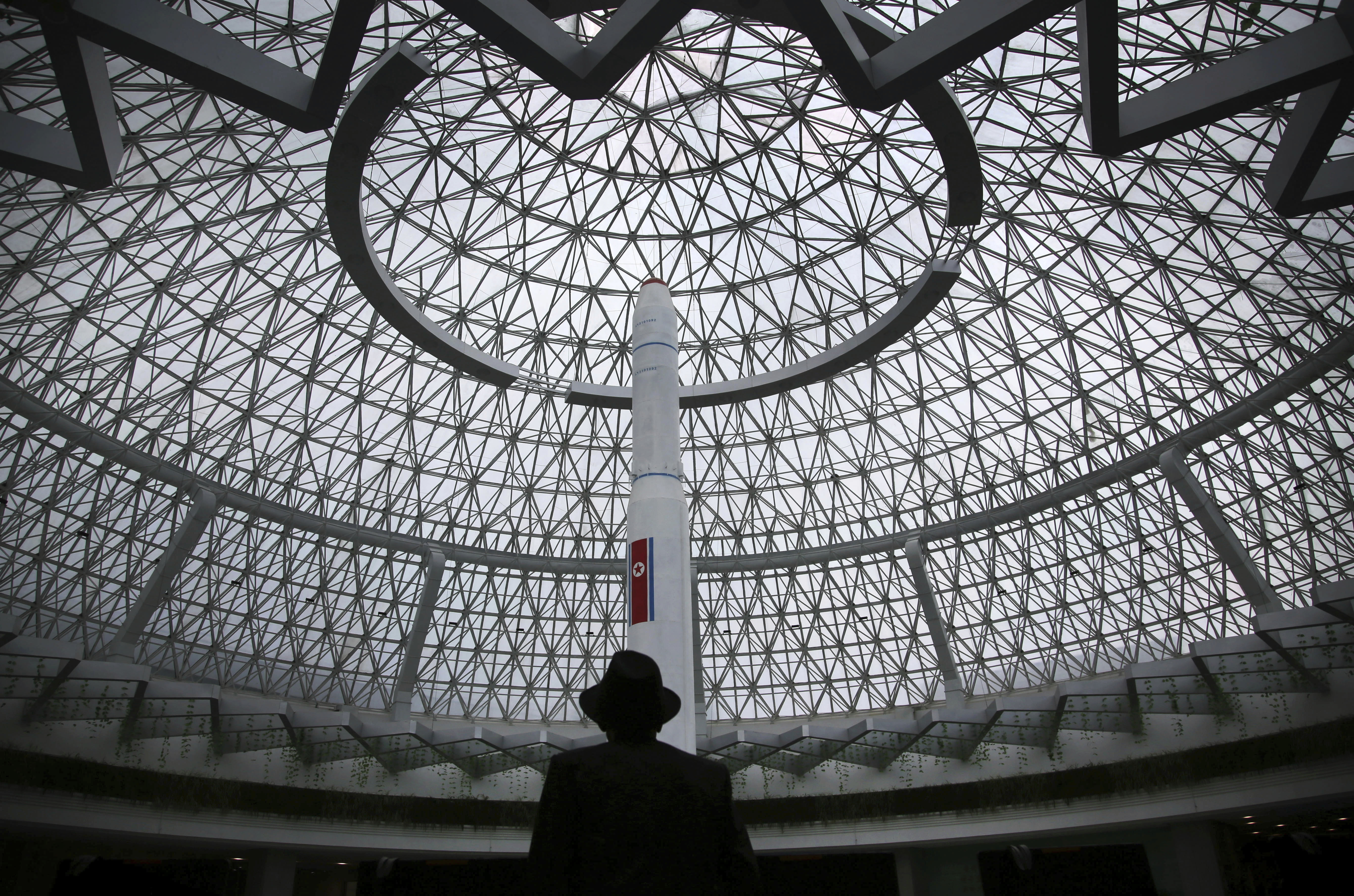 An elderly North Korean man is silhouetted against a model of the Unha 3, a space launch vehicle, displayed at the Sci-Tech Complex Monday, April 17, 2017, in Pyongyang, North Korea. Tensions have spiked in recent weeks over North Korea's advancing nuclear technology and missile arsenal. But in Pyongyang, where war would mean untold horrors, where neighborhoods could be reduced to rubble and tens of thousands of civilians could be killed, few people seem to care much at all.

From 1981 to 1984, Mark Miloscia would pilot a B-52 loaded with nuclear bombs from the U.S. Air Force base at Grand Forks, N.D. to the North Pole or to a point in the Pacific Ocean and then back.

His classified targets were cities and hardened military sites. His bomber could simultaneously carry up to four simulated gravity atomic bombs, 12 cruise missiles with nuclear warheads, and a few short-range atomic-bomb-tipped rockets. At the time, Miloscia, who is the now-58-year-old Miloscia did not really ponder the moral implications of nuclear warfare, but concentrated on the mission-accomplishment goals.

Later, his Roman Catholic faith prompted him to do a 180-degree turn philosophically, becoming a pacifist. But he thinks that, if a nuclear war does occur, as many people should be saved as possible.

So, Miloscia, now a GOP state senator from Federal Way, joined Sen. David Frockt , D-Seattle, to introduce a bill Wednesday to allow the state to plan for a nuclear attack on Washington. The measure would remove a 1984 state law’s prohibition on planning for a nuclear attack.

Frock said, “It doesn’t make sense that planners have all those contingencies [such as earthquakes, tsunamis and fires] and not have planning for a nuclear disaster.”

Miloscia added, “The devastation here would be great if we’re a target.”

Frockt and Miloscia said their bill’s origin comes from recent news stories of North Korea working on expanding the range of its inter-continental ballistic missiles that can carry nuclear warheads. In a few years, there is a possibility of the North Korea’s missiles reaching the target-rich Seattle area. At that still-unknown future date, North Korea would theoretically be able to hit Hawaii, Alaska and Washington, while the rest of the United States would remain out of range for a longer time.

In a recent Crosscut article, former Rep. Dick Nelson, D-Seattle, the sponsor of the 1984 law, indicated that he has had second thoughts, saying, “If [North Koreans are] crazy enough to fire missiles at the West Coast, they may decide we’re a good target. I think we need to prepare for that possibility.” In the ’80s, he and other anti-nuclear activists had thought that civil defense preparations might provide a false sense of security, distracting from the need to eliminate the Cold War threats of all-out nuclear war.

Frockt and Miloscia are not sure whether their bill could pass in the current legislative special session, or would be delayed until the 2018 session. Right now, the Legislature is wrestling with dramatic Republican and Democratic differences in their budget proposals to operate the state while also upgrading its education system. While they don’t see any opposition to their bill, they acknowledged that it might not receive full consideration until the 2018 session.

A major unknown is the complexity of planning for a nuclear attack. Can an earthquake plan be easily modified to handle a nuclear strike? Or do other factors need to be studied? Frockt said a purpose of legislative hearings on the bill would be to pick the brains of the state military and emergency response establishments to answer those questions.

Miloscia said a nuclear attack would have at least one unique characteristic — dealing with radiation.