Trump watch your back, eh 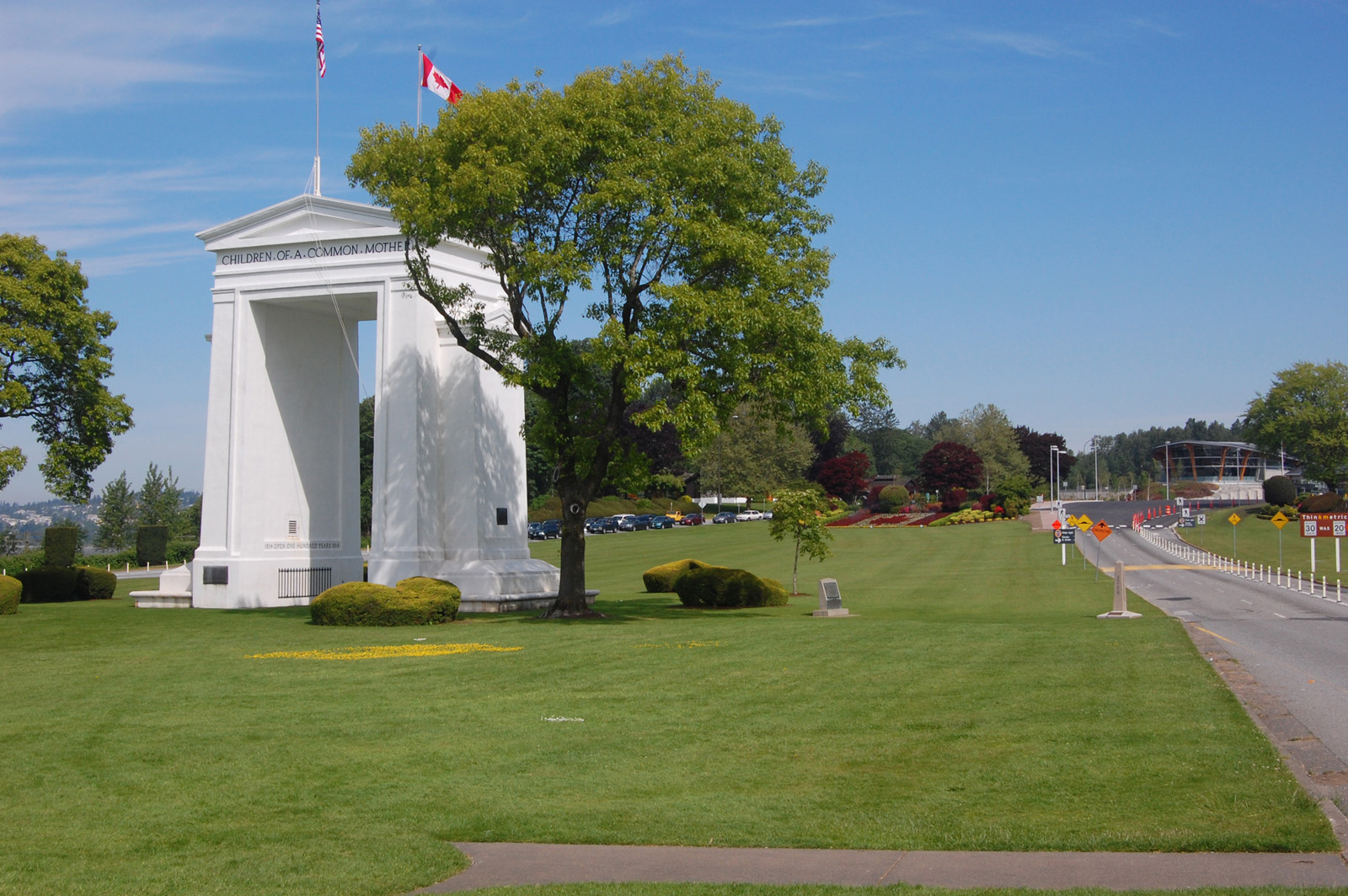 The Peace Arch at the U.S.-Canada border crossing in Blaine, WA.

Donald Trump, who has a specialty of making enemies of allies, looks to be taking a tough stand on Canada and trade. He might want to tread carefully. When you poke the sleeping giant of the Great North with a stick, you might get bit. Don’t let the nice-guy act fool you.

I found that out in 2003 when I suggested it was time for the Bush administration to extend its Iraq war logic to other targets. I argued there was a better case for invading Canada — the “Axis of Maple”— than Iraq.

What then flowed south was an import product known as vitriol. Canadians did not recognize any humor or irony. Typical were comments like, “This is the most ignorant article I've ever read in my life. Knute, you are an arrogant moron, shut up." Another reader from Canada suggested I needed professional help. And this was in the olden times before Internet Trolls ruled the earth.

One enraged Canadian even found my home, arrived on my doorstep at around 3 a.m. and began pounding on the door and screaming at me. I, bleary-eyed, tried to make sense of his ravings, but this stopped when my wife shouted at him to “get off our f*cking porch,” and he took her stern advice. Still, a midnight militant reeking of maple syrup was not what I expected.

Trump has already been somewhat chastened by his tough posture toward our neighbors. He said he might pull the U.S. out of NAFTA, but apparently, Canada’s Justin “Bieber” Trudeau helped convince him that that was unwise and potentially catastrophic economically. The president has moderated his tone since, saying he’ll give NAFTA “a shot.” At least he’s not treating Canada as the trade equivalent of North Korea.  Yet.

His administration is slapping tariffs on certain Canadian softwood timber products. We fought a Pig War with them once before. Call this the Twig War.

For those who don’t know, the Pig War was an 1850s territorial dispute on San Juan Island where the only fatality was a British pig. The San Juans were claimed by both the U.S. and Britain, and a war almost broke out over it. American soldiers rattled sabers, the Royal Navy rolled out its guns. Cooler heads prevailed and decided the border flight between Washington and British Columbia could be decided at a later date without more bloodshed. A joint occupancy of the islands was set up, with armed camps at either end.

In a wonderful coincidence, just as Trump’s Canada tariff play was being unveiled, a group of Northwest historians gathered at the Seattle Athenaeum to explore the roots of the British Empire in the Northwest. Historian David Buerge got to the point by noting that there was no better proof of British influence here than the fact we were speaking in English, the language I am purportedly writing in.

The scholars discussed the fur trade, the Hudson’s Bay Company — that rapacious band of Scotsmen who were set loose to conquer North America one pelt at a time. Fashion, climate change and discovery coincided to create the first economic boom for our region in the late 18th Century, the sea otter fur trade was our first “gold rush,” as local historian Junius Rochester calls it.

Ships from many European countries flocked to Nootka Sound on Vancouver Island to trade for pelts, highly valued in China. One could easily acquire a pelt for next to nothing and return a profit equal to two years of a seaman’s pay. Fortunes were made, cultures were changed.

The “Little Ice Age,” lasting from the 1300s to the late 1800s increased the demand for furs, boosted later by a 19th-century mania for beaver hats. Eventually, though, the fur ran out and Europe warmed up.

Robert Merry, Whidbey Island-based author of a biography of president James K. Polk, gave a blow-by-blow account of the maneuverings between the Brits and the Manifest Destiny Democrats who demanded territorial expansion via treaty, war, or land-grab. Polk was an Andy Jackson protégé, a tough negotiator, and jingoistic.

Polk’s idea of trade, unlike Trump’s, emphasized free trade. But he was also an inspired land-grabber who wanted the Oregon territory for the U.S of A. He unleashed a bevy of other jingoes that wanted to grab a chunk of British holdings just like we took a piece of Mexico called Texas. Largely by virtue of the fact that more American settlers poured into the region than Brits the region’s fate was sealed. Puget Sound country was firmly in U.S. hands and “Roll On, Columbia” became an American folk classic.

So contentious borders and trade competition is nothing new, nor is the rattling of tariffs like sabers. In the Big Picture, what has been accomplished over the centuries is a long and peaceful border with a northern neighbor with whom we have much in common. “Children of a Common Mother,” announces the inscription on the Blaine Peace Arch. Whether that mother is Mother Earth or a British queen, there is some truth that we are the progeny of both.

Still, like siblings, the rivalry between the U.S. and Canada has never been extinguished. Each country reflects a path not taken by the other, and both the envy (and relief) that can produce.

We might spell color and colour differently. We might say “You know” while they say “Eh?" We might use yards while they use meters, but that long peaceful border we created together should be a role model, not an anomaly let alone an anachronism. Let’s hope Trump’s Twig War ends like the Pig War, with minimal casualties.