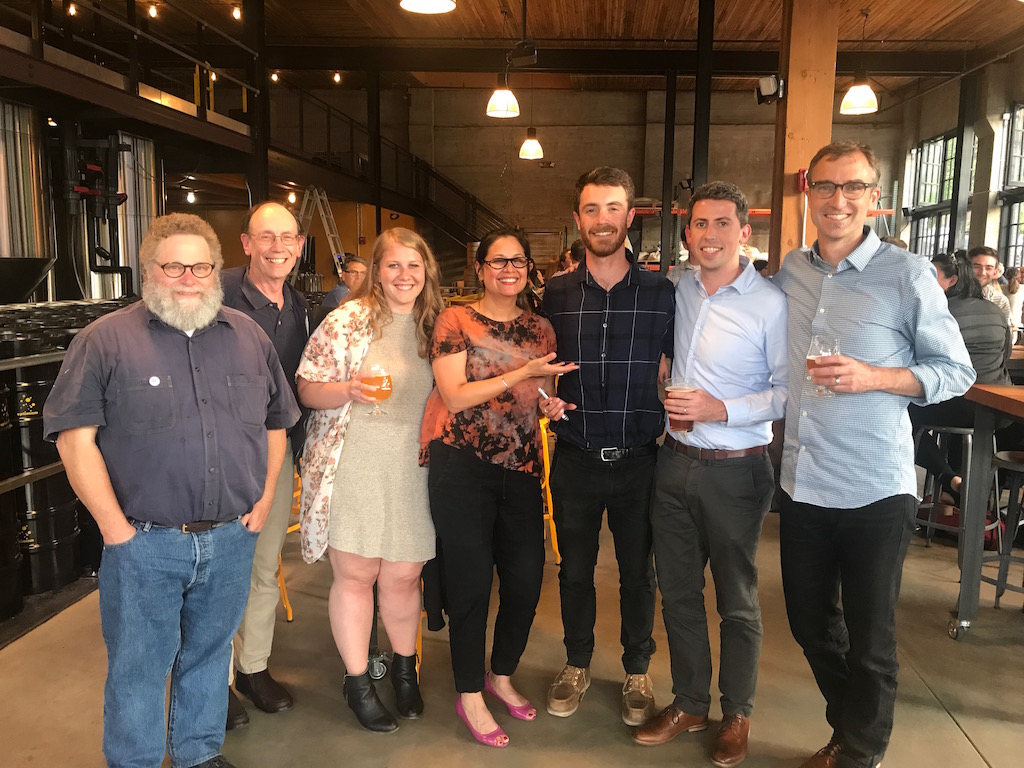 It has been a busy few days for Crosscut and friends, as we collected awards for stories on issues ranging from starving orcas to real estate to a local chimpanzee sanctuary.

Amid all-you-can-eat pizza, pints of beer and a room full of journalists, Crosscut City Reporter David Kroman accepted the "New Journalist of the Year" award on Monday evening from the Society of Professional Journalists' Western Washington pro chapter.

Kroman's in-depth, watchdog work this past year on issues such as police reform, homelessness and other goings-ons around city hall helped him nab the honor. We're super proud.

Crosscut writers picked up four other awards in the 2016 Northwest Excellence in Journalism contest. Paul Roberts dug into Seattle's high rise boom and the money behind it. Reagan Jackson wrote a story about her experience taking a Burlesque 101 class and what it taught her. David Neiwert examined the correlation between salmon abundance and orca populations.

Crosscut Audience Engagement Coordinator Cambria Roth grabbed a runner up for her multimedia extravaganza on the Seattle Majestics, an all-female full-tackle football team.

The nonprofit InvestigateWest took home an award for a series produced for Crosscut and our sister organization, KCTS 9 public television, about the state's troubled foster care system. And KCTS 9 Video Managing Editor Katie Campbell and Producer Ken Christensen landed a prize for their video series, "Battle Ready: The Military’s Environmental Legacy In The Northwest," produced for the regional public media collaboration EarthFix.

This past weekend, our colleagues at KCTS 9 also raked in the prizes at the NW Emmy® Awards. Producer Aileen Imperial took home a human interest feature award for her piece, The Chimps of Cle Elum, about a chimpanzee sanctuary in central Washington. Campbell and Christensen also scored big for an EarthFix story that took them all the way to Hong Kong to track down American electronic waste. The power duo also recently won a regional Edward R. Murrow Award for innovation for their work on a multimedia reporting extravaganza about the military's legacy in the Northwest.

We've included a full list of awards for Crosscut and friends below. Congratulations to everyone!

New Journalist of the Year

"The making of a burlesque dancer" by Reagan Jackson

"The orcas are starving" by David Neiwert

"The Chimps of Cle Elum" by Aileen Imperial

"IN CLOSE: Different One - A Native Artist and The Future" by Nils Cowan