Affordable housing? It's on Seattle's wealthy 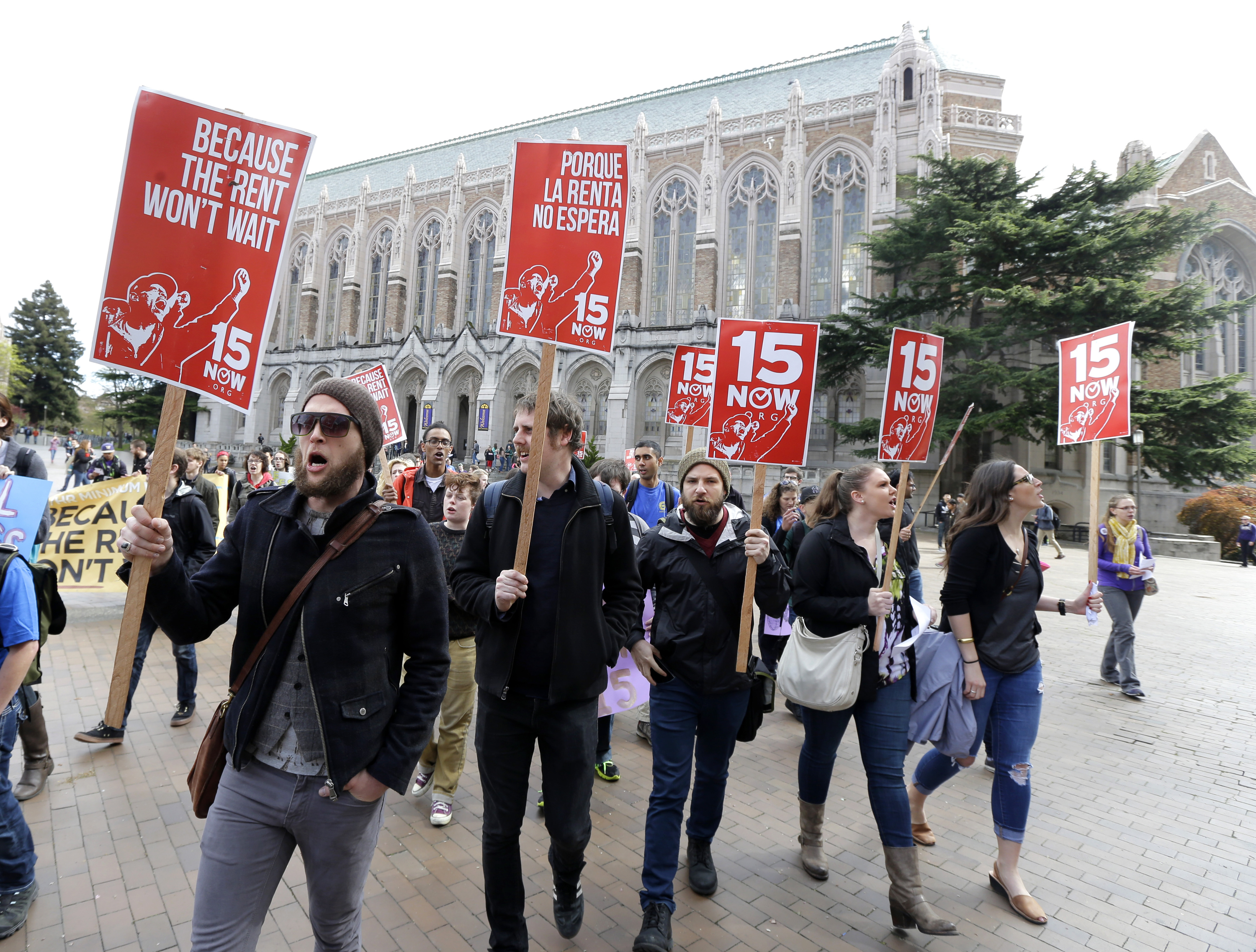 Students and other supporters protest on the University of Washington campus in support of raising the minimum wage for campus workers to $15 an hour on April 1, 2015 (AP Photo/Ted S. Warren, File)

This story originally appeared on the South Seattle Emerald.

When New York City fast food workers first hoisted the $15 minimum wage banner in late 2012, quite a few pundits called the demand absurdly ambitious. But thanks to worker walkouts, demonstrations, marches and lobbying during the last 4 ½ years, more than 17 million low-wage workers in the US have won pay increases and 10 million of those will see their hourly pay rise to $15 in the next few years.

If you work full-time, that’s worth $638/month in additional income today compared to 2014.

So why isn’t everyone celebrating?

The short answer is that landlords pocketed most of the pay raise.

The expense side of your budget matters as much as income. And the harsh reality is that since 2014, while minimum pay rose under the new law, the average apartment rent shot up $519/month, to nearly $2,200/month.

In other words, 81 cents of every new dollar earned by a typical minimum-wage worker has gone to pay for rent hikes.

Two years ago, city officials noted that it would take two wage earners, both working full-time at $15/hour, to rent the average one-bedroom apartment and be able to afford other basic living expenses. Today, those same workers would need to each be paid $19.84/hour to afford the same apartment.

As inspiring and transformative as the Fight for $15 has been, it’s wholly inadequate for our needs. Yes, we must continue to fight for higher pay — at union-management bargaining tables, in city council meetings, on the picket line and in the streets. But a pay raise is no good if the landlord takes it from you. With equal vigor, unions and allies need to fight to expand housing options and to lower the cost of housing so that Seattle can become affordable to workers in the coming years.

That’s a start, certainly, but like the wage gains, 20,000 new housing units are far short of what working people need. Today, more than 100,000 Seattle households are considered “cost-burdened” – paying more than 30 percent of their income on housing.

Many are paying more than 50 percent of their income — an absurd amount — on housing. More than 8,000 city residents are homeless. Seattle’s population is expected to grow by 120,000 over the next 20 years and most of this growth, at least in the near term, will be low-income households.

However, don’t blame mom-and-pop landlords for the rent catastrophe. Increasingly, rental rates are being driven by global real estate profiteers like Starwood Capital Group, Blackstone, and Harrison Street Real Estate, who collectively are on a multi-billion-dollar buying spree in the Seattle housing market.

You can be sure that these corporate executives will continue to insist that “the market” – in other words, they themselves – remain in control of setting rents. The other certainty is that private landlords and developers have zero interest in building the tens of thousands of affordable apartments and houses that Seattle’s working people need. Affordable housing is less profitable for them.

The solution for unions and other social justice organizations – tenant and housing groups, immigrants and communities of color, faith groups, the LGBT community, climate justice and transit activists – must be to demand a massive investment in affordable housing that is built, owned and operated by the city. Public ownership means public control of rents, protected from the corporate profiteers.

Because a dollar saved in rent is as important as a dollar won in better wages, unions should pursue a massive public housing investment program with the same fervor and focus that they fight to improve pay and job benefits.  Some unions and allies, like Puget Sound Sage, have taken important initial steps – but a lot more needs to be done. Public housing investment, done in partnership with building trades unions, will double as a jobs program, ensuring fair wages and job protections, along with apprenticeship opportunities for local residents, especially women, people of color and immigrants.

How much more housing should we demand? For starters, take the HALA goal and triple it. At least.

At current construction costs, it would take more than $8 billion to fund another 40,000 publicly-controlled homes on top of HALA’s goal. That may sound extravagant; it’s more than the city’s entire annual budget. But the wealth exists in Seattle to pay for this needed housing investment. Tens of thousands of millionaires call the area home, and just four individuals in our midst today – Bill Gates, Jeff Bezos, Steve Ballmer, and Paul Allen – are worth more than $227 billion. Less than 4 percent of the wealth of these 4 individuals could pay for the entire cost of an affordable housing building boom.

What’s lacking isn’t resources, but the political will to have these billionaires and their multimillionaire cousins pay their fair share for the community’s well-being.

It’s understandable that more than a few people will dismiss this bold idea as pure quackery, politically unrealistic. Fine. That’s exactly what the pundits said, just a few years ago, about a $15 minimum wage.

Like the wage fight, a massive public housing program funded by taxing the rich won’t just happen on its own. We will have to build a huge movement to demand city action. But as Seattle continues to grow, time grows more urgent. Our rent and mortgage bills remind us monthly that our fight can’t stop at $15. 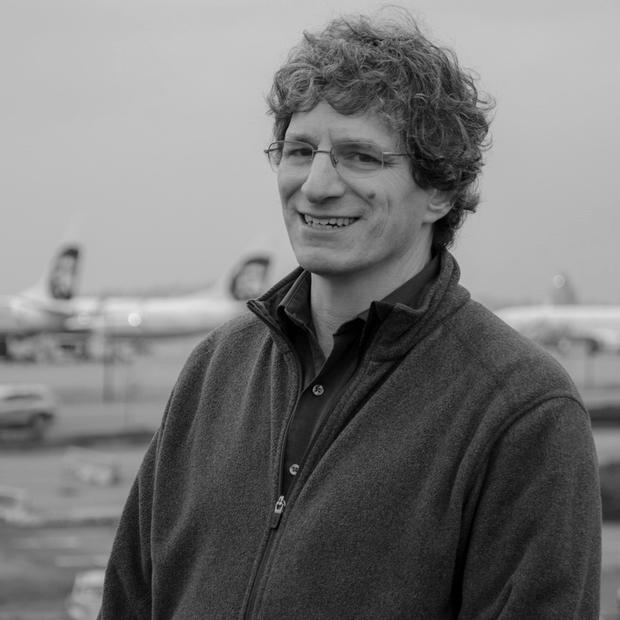 Jonathan Rosenblum, an organizer for Seattle City Councilmember Kshama Sawant, is the author of Beyond $15: Immigrant Workers, Faith Activists, and the Revival of the Labor Movement.