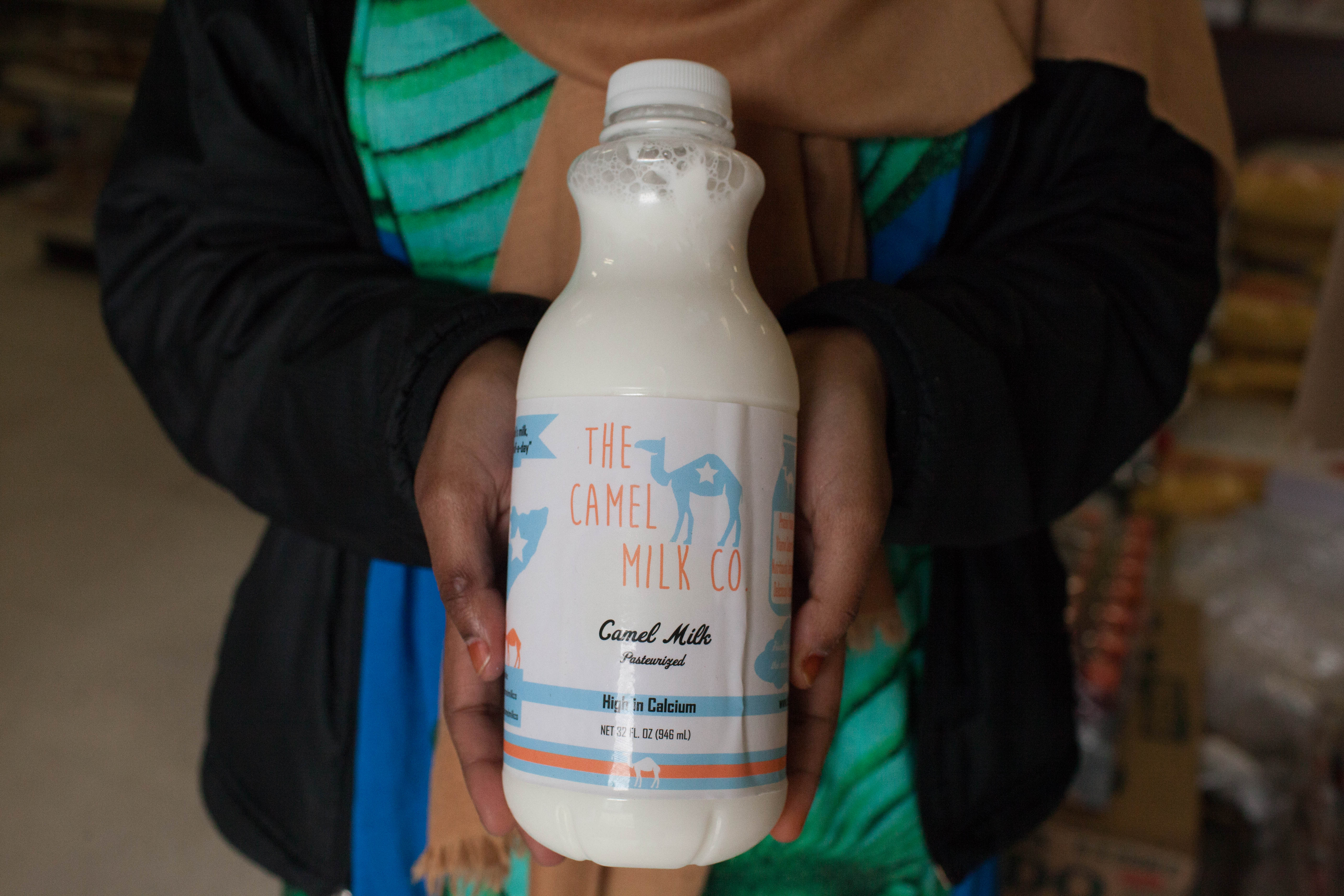 Nuria Osman sits a strainer of cardamom pods, cinnamon sticks, cloves and dried ginger in a steaming cup of milk shaah tea at her shop, Ammana Houseware and Grocery in Seattle’s Rainier Valley. But this isn’t milk from a cow. It’s rich, creamy and mild-tasting camel milk, a favored staple in Somalia.

And this is the time of year when sales of the pricey dromedary milk typically spike as local Somali-owned shops stock up for Ramadan, the Muslim holy month that runs through June 24. Most Somalis are Muslim and some start or end the dawn-to-sunset Ramadan fast, or celebrate the end of Ramadan known as Eid al-Fitr, with camel milk and dates.

“I never thought I’d one day be having camel milk in the USA,” says Farah Ismail, a retired electrical engineer who moved to Seattle in 2000.“It’s a little piece of my country. A lot of memories from back home are in that milk.”

Ismail buys his camel milk from a Renton shop where the idea for Washington State’s first (and for now, only) camel milk distributor hatched.

The story of how camel milk got to a shop in the Rainier Valley and to places like Kent, SeaTac and Tukwila, and how this milk serves as a cultural and culinary link for an East African community in diaspora, starts out on the Colorado and Nebraska border. That’s where Ryan Fee, a white, Christian, 28-year-old real estate analyst living in Skyway, found a camel milk farmer.

Fee, for his part, has a history with Somalis and their culture. He has taught English as a second language to Somalis in Ethiopia. He has helped Somali refugee families resettle locally as a volunteer with World Relief. And he has been learning the Somali language for several years. (Fee says he speaks like a five- or six-year-old at this stage.) A geography major in college, Fee says the idea of diaspora and human migration “has always been very interesting to me.”

In 2015, Fee asked some Somali men over tea what they missed most from their homeland. The answer was camels and caano geel – camel milk. Sensing a business opportunity that would let him do good, Fee Googled camel milk farms and eventually tracked down a dairy farmer with some 20 camels on 35-acres of grassy sand hills in Wray, Colorado.

Fee launched his distributions business, The Camel Milk Co., several months later and got a crash course in camel milking 101. Camels take longer than cows to mature into milk producers and are harder to buy, breed and break for milking. This, along with limited milk supply, helps explain why a quart goes for around $15 at the eight or so Seattle-area shops currently stocking the company's milk. (A home delivery service offers price breaks for bulk orders.) Modern Farmer estimates the U.S. has just seven camel dairies, including the Colorado farm whose pasteurized, Grade A milk from a herd of 60 or so animals meets state and federal safety requirements. The Colorado milk is bottled, labeled and shipped to Fee’s outfit, whose fridges and freezers occupy a small South Seattle office.

Today, the fledgling company sells around 600 bottles a month and turned a profit this year with $11,500 in gross sales since January. Fee is working to expand to other U.S. cities with thriving Somali populations, which he hopes, along with ramped-up milk production, will eventually lower his prices. (Sioux Falls, South Dakota is his first foray outside Seattle.)

The U.S. Somali immigrant community is growing, with some 7 percent of the world’s Somali migrant population. The number of people born in Somalia but living outside the country more than doubled between 1990 and 2015, thanks to political and economic instability from a decades-long civil war. Exact local population figures aren’t available but King County officials say Somalis are among the county’s most populous immigrant groups. Some Somali community groups estimate the county’s Somali-American population numbers around 30,000.

Camel milk carries a clear cultural connection for Somalis, says Ahmed Ali, 35, who left Somalia as a child and is now executive director of the Seattle-based Somali Health Board. “The camel is central in our tradition,” he says, providing meat, milk, money and transportation. Even with urbanization, pastoralist life in Somalia endures. Ali scrolls through cell phone photos from a recent trip to his native country where he spent a week in the desert and scrub with camel herders in his extended family.

Somalia is thought to have the world’s biggest camel population (7 million plus). Camels and their milk figure in scores of Somali proverbs and poems. And some estimate the Somali language has more than 40 words for camel (from gool, “fat camel,” to baloolley, "she-camel without calf that will or will not give milk depending on her mood.")

“The camel is a very proud and resilient animal,” Ali says, noting camels’ ability to go months without water in Somali’s harsh climate.  “It’s a survivor, like us.”

Many Somalis also regard camel milk as medicinal, which is often tied to their religious convictions, says Ali, a pharmacist. (Islamic holy texts mention camel milk’s healing power.) Nomadic camel herders are said to live on camel milk alone for weeks; a popular proverb says “a mouthful of camel’s milk keeps you going for half-a-day.” That superfood reputation has extended camel milk’s U.S. market (Seattle included) beyond its traditional cultural consumers to the health-food set. Somalis and non-Somalis alike also drink camel milk because they consider it a remedy or aid for a host of medical issues.

Back in Nuria Osman’s Rainier Valley shop, the colorful headscarves hang on the walls and shelves groan with cartons of dates and boxes of Kenyan tea. The 50-something Mogadishu native settled in Seattle in 2007 after spending some years in Kenya, including in a refugee camp. Sipping turmeric tea, she says she hasn’t been back to Somalia since leaving in the early 1990s at the outbreak of civil war.

She explains how she used to drink camel milk “like water growing up.” While it costs too much here to do that, she says selling and drinking the milk brings back childhood memories of baby camels in her father’s herd.

Farah Ismail, 60, in fact, still shares ownership of a camel herd in Somalia even though he left the country at age 25. Somali countryside summers meant drinking fresh milk still warm from a camel, a huge foam cap rising like a soufflé. Both the fresh and the sour fermented camel milk in Somalia taste differently from the camel milk Ismail buys locally today. Still, “it makes me feel connected,” he says.

As for Ismail’s eight children and 14 grandchildren, all born outside Somalia? Not big camel milk fans. “They think I’m crazy.” 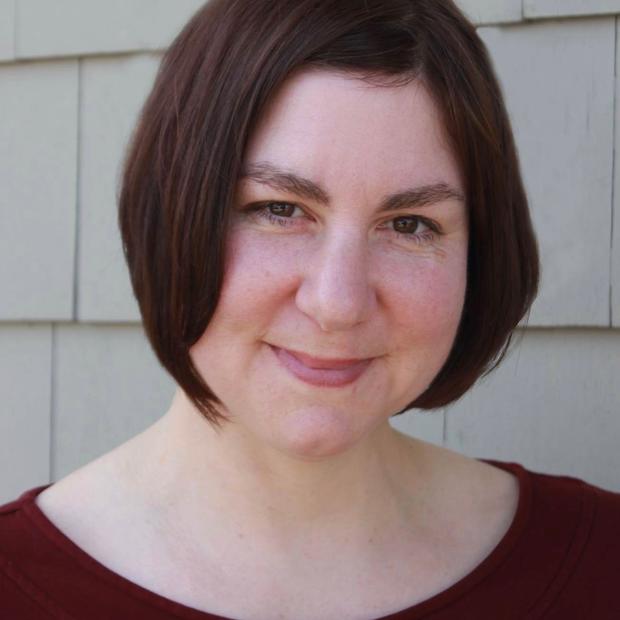