*Michael carries his backpack nearly everywhere — a backpack so tightly bundled that he has to lean his weight on it so the zipper doesn’t break when he closes it. It may be hard for some people to imagine fitting every worldly possession they own into a backpack, but he does it daily.

He spent the past quarter of school attending classes at Everett Community College, working toward his associate’s degree, spending hours bussing back and forth between the Everett campus and the shelter he was staying at in Seattle’s International District.

“It is challenging. I feel a weight on my shoulders,” he says. “I have to walk at least an hour to two hours a day… I feel constantly hungry because there are some days where I'll go like seven hours without eating.”

Michael is transgender. His previous home wasn’t a safe space.

“My mom was transphobic,” he says. “The day I left… she told me that if I left, I couldn’t come back to the house... She told me I was disgraceful.”

“I was like ‘Even though I might be going to a shelter, at least I might be in a place where people accept me for who I am,’” he says.

“Often college students who experience homelessness… have an intersection of identities that contribute to the marginalization they face,” says Anthon Smith, executive director of Seattle Education Access (SEA), a nonprofit that provides higher education advocacy and support to King County youth, such as Michael.

Note: I will try to standardize all data into the same excel template so they all look consistent. Possibly will introduce infographics for some of the bigger stats. http://williamsinstitute.law.ucla.edu/wp-content/uploads/Durso-Gates-LGBT-Homeless-Youth-Survey-July-2012.pdf

On campus, Michael looks like any other student as he walks the carefully manicured pathways between brick buildings. On campus, his homelessness is invisible.

His experience as a homeless community college student has been a constant juggle of trying to meet his own basic needs — coordinating between shelter schedules, securing food and transportation, attending classes and doing homework.

“There are so many tropes about homelessness,” says Penny Lipsou, an education advocate with Seattle Education Access who has worked with Michael.

While Seattle’s “tent cities” garner many of the headlines on homelessness, the people living in organized tent encampments represent a fraction of Seattle’s housing insecure and homeless. King County’s 2017 annual tally found a total homeless population of about 12,000, about the the same size of many of Washington’s towns.

But these counts, don’t track how many of Seattle’s homeless people are also in college.

The McKinney-Vento Act defines homeless children as as "individuals who lack a fixed, regular, and adequate nighttime residence.” and provides  the following examples: on:

The data shows an ominous trend: Since 2006, the number of homeless children enrolled in U.S. public schools has nearly doubled.

When homeless students leave high school, the tracking and support disappear. The only measure of homelessness among college students is collected when students apply for financial aid. In 2007, Congress expanded the definition of “independent student” on the Free Application for Federal Student Aid, or FAFSA, to include homeless youth, allowing applicants to apply for loans and grants without having to submit documentation of their parents’ income.

For people in crisis, gathering financial aid documentation and figuring out how to pay for college can feel overwhelming. Even something as simple as providing an identification card can pose a challenge. Michael lost his ID when his wallet was stolen while he staying in a shelter.

“Being homeless, you don't have a super-safe place where you can put your Social Security card,” Michael says.

Most college students today have to take on debt to pay for school, and Michael is among them. He obtained grants and loans. But for Michael, the challenge of paying for college is often overshadowed by more basic needs like finding food and shelter.

But Michael’s situation may be becoming more normal. About half of community college students don’t have reliable housing, according to a new report based on the largest survey ever conducted of college student needs.

Attending college sometimes disqualifies people from getting food stamps and other assistance. To qualify for the Supplemental Nutrition Assistance Program, or SNAP, Michael needs to work 20 hours per week.

“But the thing is, it's hard to get a job when you have everything else you have to focus on — whether it's housing, school, mental/physical health — that's difficult,” he says.

“Being homeless is really a full-time job,” says SEA Advocate Penny Lipsou. “We’ve been trying to make sure that Michael is stable in other aspects of his life, so that when he is in school… he’ll be really successful.”

Michael is planning to transfer to Seattle Central Community College, which is closer to homeless shelters where he has been staying.

Michael’s dreams are big — some might even call them lofty. He dreams of singing and playing guitar with a band he’ll call “The Remedies.”

“Or, maybe I could be a teacher?” he muses. He has a hungry mind.

Students working toward their dreams through higher education, like Michael, face a different landscape than previous generations did. Ballooning tuition costs have outpaced cost of living more than two-fold. Annual borrowing has nearly tripled since 1990.

The federal Pell Grant and State Need Grant programs were established to help low-income students attend college without getting buried in debt, but any increases in grant money have been vastly outpaced by rising expenses, Lipsou says.

Ferguson also proposed the Student Loan Bill of Rights, with bills introduced in both the Washington State Senate and House.

The bill would create the position of student loan ombuds to hear complaints from students. It would also provide the State Attorney General’s office with additional tools to prosecute loan servicers who mislead or defraud students.

“These protections are two-fold — to assist students who have been victimized and to establish a deterrent to companies that would exploit students in the future,” says bill sponsor Sen. Marko Liias, D-Lynnwood. “This legislation won’t eliminate homelessness overnight.... But this legislation will help those whose student loans might trigger homelessness or whose path out of homelessness is an education they cannot afford.”

Now, more than ever, college graduates are finding that acquiring a college degree is not the panacea it once was. But for students like Michael, these resources and incremental changes can mean the difference between staying in school and dropping out.

“What keeps me going is seeing other people that have faced similar stuff as me,” says Michael. “So, I ask myself this… ‘What would future Michael want to be?’”

Editor’s note: *Full name has been withheld at request of the interviewee. 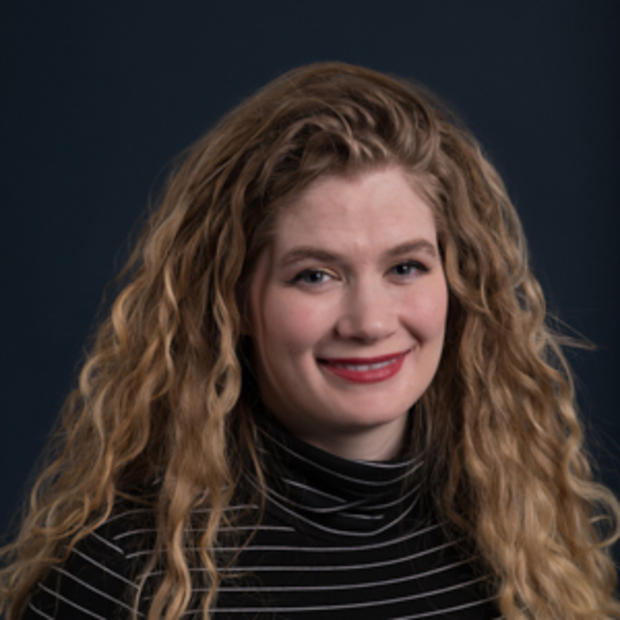 Rory is the senior web editor for Cascade Public Media.