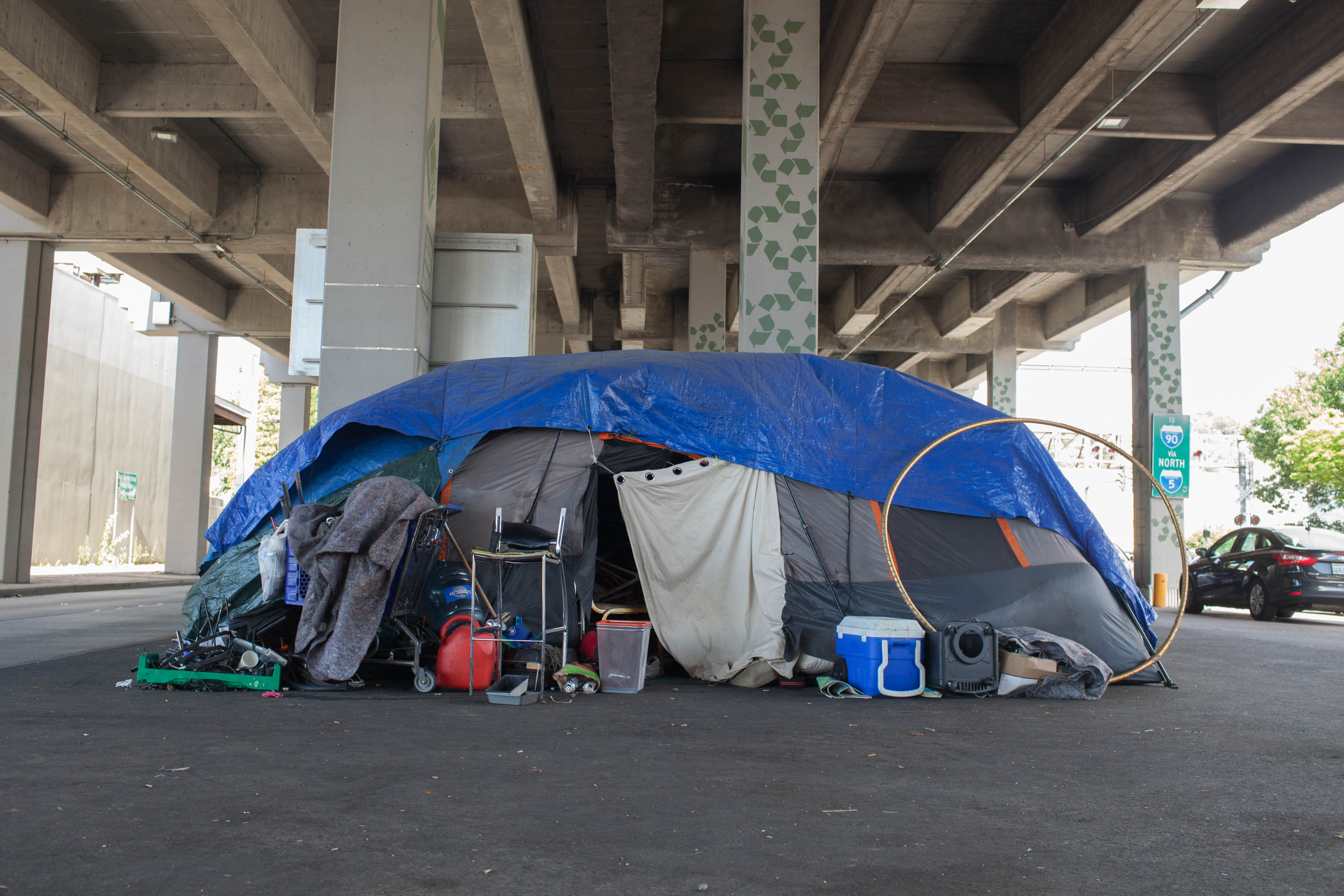 Last June, more than 30 Seattle-area media outlets joined forces to shine a spotlight on the crisis of homelessness in our community. The project was inspired by an initiative in San Francisco.

“We are all frustrated,” Jon Steinberg, the editor-in-chief of San Francisco magazine, told the New York Times then. “We are all fed up. We want the full force of the Fourth Estate to bear down on this problem.”

The Seattle project produced three dozen original stories and a range of other creative responses. Seattle Weekly orchestrated an online question-and-answer session with a man who has struggled with homelessness for many years. KUOW created a Facebook group “where anyone may ask a question about homelessness. But only people who have experienced it may answer.”

And it spread well beyond the region's newsrooms. Real Change organized a rally at City Hall. Dozens of local nonprofits, foundations and other community partners pitched in to spread the word. Together, we blew up the Twittersphere with the hashtag #SeaHomeless.

Homeless advocates told us the project lifted the spirits of people living on the streets. Elected officials said it helped drive the issue to the top of the local political agenda.

But look at the numbers that came out this spring regarding the number of people living in the streets in King County — or your local street corner or scrap of green space — and you'll see that this is still an issue that needs to be at the front of people's minds.

On Wednesday, June 28, Seattle-area media will again team up to put homelessness under the magnifying glass. No doubt some of the coverage that day will focus on the problem itself — a problem that we are learning more about with each passing year. But our our intent is also to put the focus squarely on solutions.

The Seattle effort coincides again this year with the San Francisco effort. And this year, The Atlantic’s website CityLab will curate a national conversation about homelessness, highlighting some of the best work from media outlets across the country. The national hashtag will be #500kHomeless.

To keep up with the conversation, follow Crosscut on Facebook and Twitter, and check back here for updates throughout the day. We'll compile a list of all of the stories from news outlets across the region, and point you to the most interesting work from elsewhere in the country as well.

As one observer tweeted last year, “you can’t build shelters out of hashtags.” Duly noted. But we can, at the very least, push the issue into the light, where everyone can see it. It’s another necessary step toward the ultimate goal of solving it.