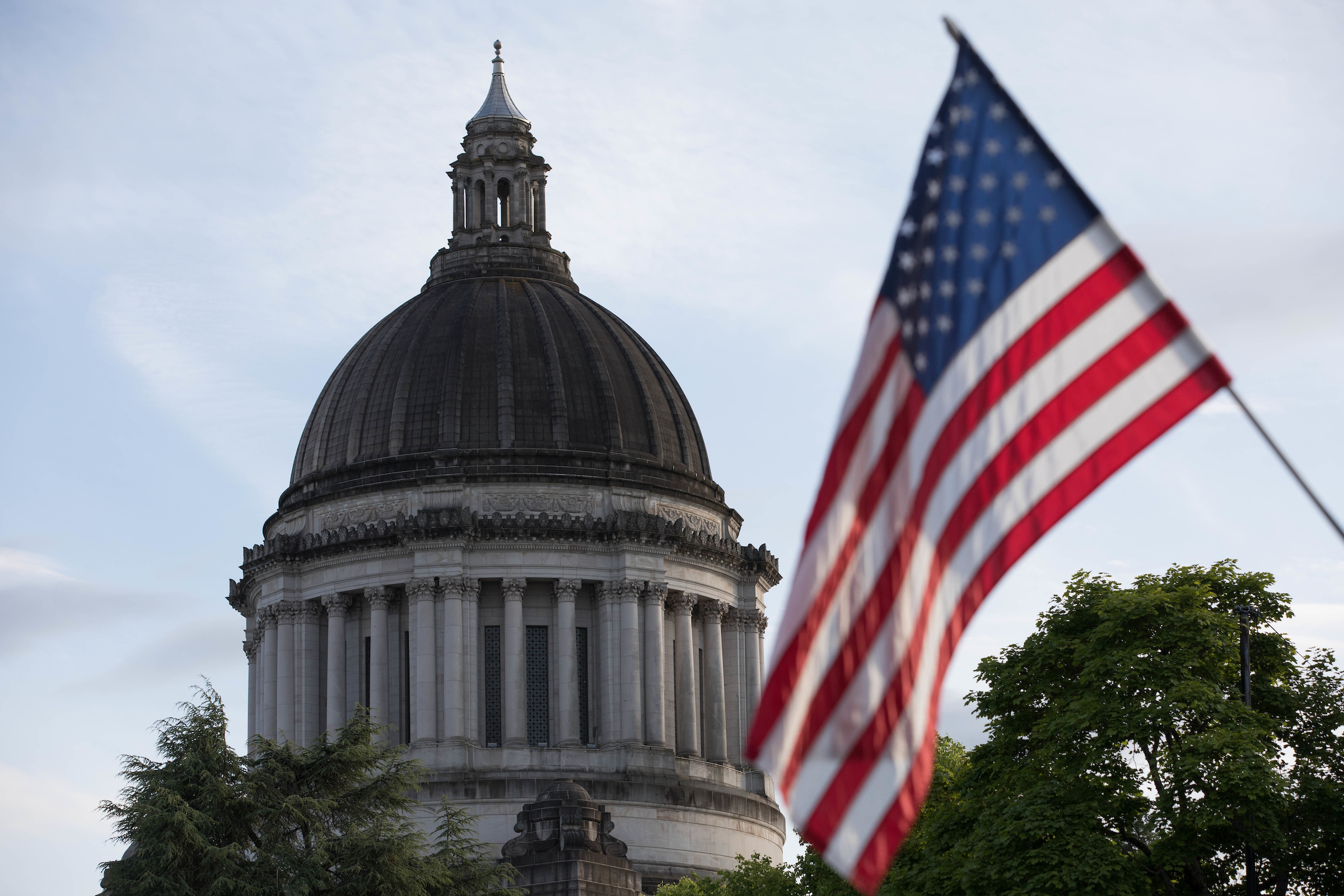 The state Capitol building in Olympia.

Democratic and Republican budget negotiators in Olympia reached a handshake deal Wednesday morning that they believe will head off a looming government shutdown.

Few details have been made public, and they aren't expected to come out until early Thursday afternoon.

The agreement covers both spending and revenue for a budget expected to be between $43 billion and $45 billion with roughly half going to education. “More details will be available after the four legislative caucuses are briefed on the agreement,” the announcement said.

All four legislative caucuses will meet simultaneously but separately at 10 a.m. Thursday to be briefed — 38 hours before the deadline for Inslee’s signature to head off a shutdown. The paperwork for legislators to study won’t be ready until then.

Gov. Jay Inslee’s office announced the “agreement in principle” at 9:30 a.m. Wednesday, on what was viewed as the last possible day to avert a partial shutdown of state government .

“The negotiators and caucus leaders said they were confident that they would complete work on the budget and have a vote of the Legislature before the end of the day Friday, the final day of the fiscal year. That would avoid a partial shutdown of state government,” said Inslee’s office announcement.

It is unknown whether any public hearings will be held on the budget agreement Thursday or Friday, leading to complaints from open government advocates who have long argued for greater transparency on the part of lawmakers. Other unknowns are how property taxes in Washington will be affected, what the financial effects will be on 295 school districts, and whether businesses-and-occupation taxes for big and small business owners will be overhauled.

The delay creates a question of whether anyone —legislators or members of the public — will have time to read the budget and find out what’s in it before the spending plan is enacted. Their concerns might start coming in quickly. House Majority Leader Pat Sullivan, D-Covington said, "We'll be back in six months [for the 2018 session] to correct any mistakes."

The governor’s staff had kept close tabs on the bipartisan legislative talks to ensure Inslee is not faced with any surprises in the final budget — any surprises increase the likelihood that the governor will veto that section. With less than three days for Inslee and his staff to digest and make decisions on the budget’s individual pieces, David Schumacher, Inslee’s budget director, said Tuesday, “we’re gonna have numerous eyes on the bill.”

The fates of several major policy bills may have been tied to the budget deal.

A bill to carve out a separate Department of Children, Youth & Families from the Department of Social & Health Services easily passed the House with bipartisan support, but has stalled in the Senate. It is on Inslee’s “must-pass” list. Another set of negotiations would set up a paid family leave law — talks that started optimistically almost three months ago, but are still unresolved.

On the other side, the Democratic-controlled House has stalled a Senate bill to deal with a 2016 state Supreme Court decision on digging new wells. The so-called Hirst ruling has largely brought rural home construction to a halt, because it requires a landowner to prove a new well won’t reduce nearby stream flows needed for fish. The Senate GOP won’t pass a capital budget until the Hirst issue is resolved. The capital budget — separate from the main budget — essentially ensures that state money is used for construction or to fix buildings, bridges and roads in each legislator’s district.

The bottom line is that some big decisions might not be pinned down until early July, after the main budget is passed — assuming a budget is actually passed and signed by Friday night.

If Inslee cannot sign a 2015-2017 budget by midnight Friday, 32,000 of the state’s 62,000 workers — not counting higher education and court employees — could be laid off on Saturday. The preparations for a shutdown have underway for weeks, meaning that Inslee could still move quickly if some snag developed.

Before the announcement of a deal, the Legislature had come closer than ever before to a government shutdown.

In biennial budget talks in both 2013 and 2015, the Republican-controlled Senate and the Democratic-dominated House reached a handshake agreement on June 27 — three days prior to a partial state government shutdown.

This story has been updated since it first appeared to reflect changing developments.