Money for homelessness: It's a competition now 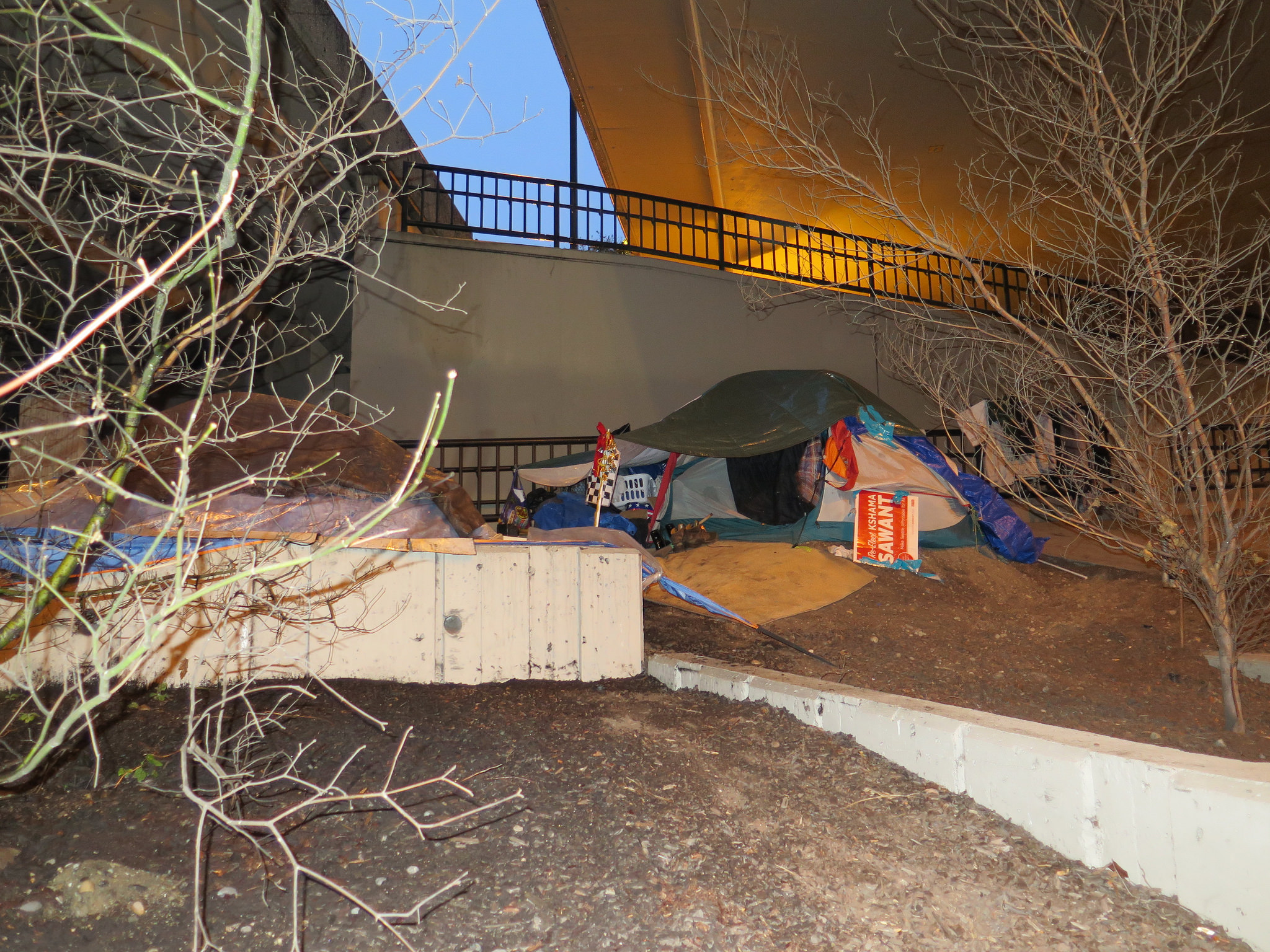 A homeless encampment in Seattle.

It’s been ten years since the City of Seattle has made providers of homeless services seriously compete for money. On Wednesday, the city announced that all will shortly change.

Mayor Ed Murray has tossed $30 million into the air — 54 percent of the city’s total homelessness budget — and over the next several months, the well-intentioned providers of Seattle will jockey for a portion of the money as it falls to the floor.

Murray has oft-repeated that this funding competition has been a long time coming and, with a new and expensive dissection of the city’s failings in hand, will force the city away from funding approaches that do not work. No more treading water, he and his team of consultants have seemed to say; We want fewer people living on the streets.

The funding will now be split into eight categories. More than half will go toward emergency shelters, about a quarter will go to outreach, diversion and permanent supportive housing.

Rapid re-housing is a controversial approach — proponents say it’s cheaper and more effective than temporary, public housing; opponents question whether it can work in a housing market like Seattle’s that's increasingly competitive. But the city and county figure it may be an approach they’ve been looking for.

Year after year, the region measures progress (or lack thereof) on homelessness based on a point in time count. This year, 11,643 people were found to be homeless, up significantly from last year and the year before that.

In this new bid for contracts, the city has set some pretty stringent performance standards on how it plans to award funding and evaluate providers, namely that they must show they are exiting people from homelessness and preventing more from entering. Emergency shelters need to reduce stays to 90 days for individuals and families. Providers of temporary housing and rapid re-housing must place 80 percent of their clients into permanent housing, meaning they don’t show up again in homeless databases.

Providers will be selected based on some combination of past performance as well as their plans for the future. It’s unclear how long providers will have to meet the standards. While there will likely be some leeway before a contract is revoked outright, there will be built-in incentives: As providers meet or exceed standards, they will receive more money.

Rather than running different bidding processes for different services (such as shelter versus permanent housing) the city will only have one application. Kristine Cunningham, head of ROOTS shelter for youth and young adults, is worried that this approach will unfairly gloss over the specific needs of the population ROOTS serves. "What I’ve seen so far is there’s kind of very little understanding of the uniqueness that is youth and young adults," she says. "There’s this assumption that what has worked well for adults and vets will work well for them."

Cunningham is also concerned that ROOTS's place on a greater continuum toward housing will be ignored. She's still of the belief that if there was better cooperation, sharing of data and tracking of individuals, more young people who come through ROOTS would find permanent housing.

That said, she agrees that the system in Seattle needs a kick in the butt. ROOTS has responded by adding more case management and job hunting resources. ROOTS will put in an application — about a quarter of its funding comes from the city — and hope for the best. Cunningham's optimistic they're doing enough to show movement toward meeting the standards set by the city and county.

The deadline for proposals is early September. The awards will be granted in December with the new funding flowing by early 2018. In the meantime, the city plans to hold information sessions for providers.