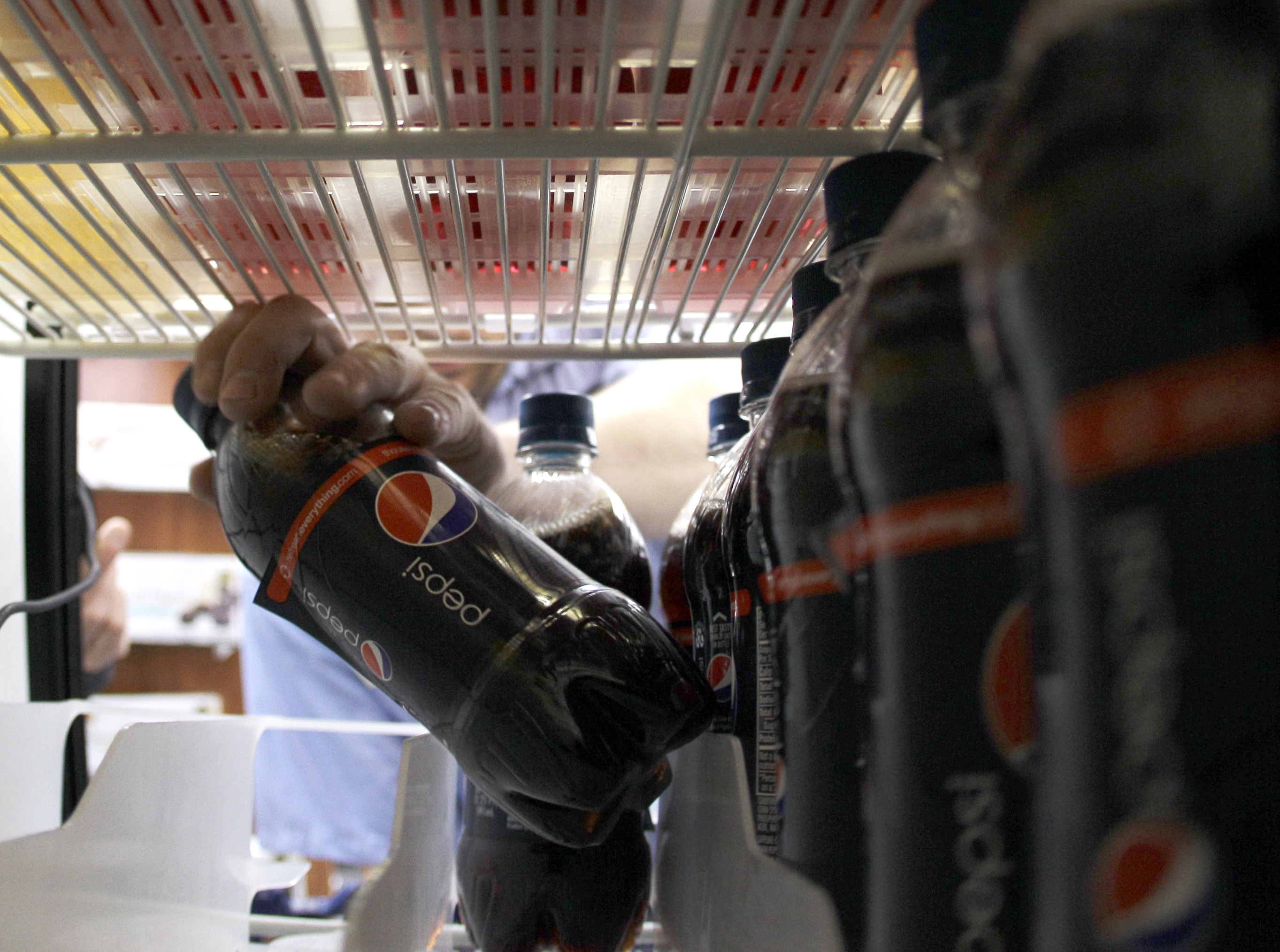 A driver with Harbor Pacific Bottling Inc., stocks a cooler with soda.

It could soon cost an extra 21 cents to buy a 12-ounce can of a soda with sugar in Seattle — unless a tax approved on Monday is derailed.

Amid controversy and opposition from business, labor and lobbyists for beverage makers, the Seattle City Council approved the new tax on sugary drinks Monday, 7-1.

Despite concerns that it will largely bypass higher-income people, the diet soda and milky beverages they tend to consume were excluded from the tax.

The price bump, introduced by Mayor Ed Murray in his February State of the City address after months of consideration among city officials, has been sold to accomplish two things. First, to generate revenue for before- and after-school programs, healthy meal programs and food banks. Second, to steer people toward healthier options.

When Murray initially introduced the legislation, it was to fund his education initiatives. The council's version leans much more toward providing food access and nutrition for students. Murray said in a statement that he will sign the bill.

Estimating how much revenue the tax will create is tenuous, because it's difficult to calculate the drop in consumption as prices go up. But the city's budget office guesses the tax will raise $15 million per year.

Its passage does not necessarily guarantee its future: Councilmember Tim Burgess told SCC Insight recently that he expects opponents to file a petition for referendum, which would pause the ordinance from becoming law and likely push it onto the ballot for voters to decide, either in November or August 2018. Speaking after the vote, Burgess said the challenge is likely to come from the American Beverage Association, which represents makers of soft drinks and other non-alcoholic drinks.

If that happens, there will likely be a tense political fight. In addition to opposition from lobbyists for multi-national soda corporations, the tax is under serious heat from parts of Seattle’s advocacy community, who believe it to be regressive and unfairly targeted toward low-income people, who are the most likely to consume sugary soda.

The ordinance adds 1.75 cents in tax to every ounce of sugary drinks. That means a 12-ounce drink can will be 21 cents more expensive; a 2-liter bottle, $1.12. The tax will cover soda, energy drinks, juice with added sugar, bottled coffee drinks and sweet iced-teas. The tax will apply to sales in restaurants and bars, although the effects on pricing there could be less clear.

Soda producers earning less than $2 million a year or companies that both produce and distribute their product are exempted.

Councilmember Lisa Herbold voted against the tax. Councilmember Kshama Sawant, who opposed the tax in committee, was absent.

Amid concerns of disproportional impact, Murray had amended his original proposal to include diet sodas. But the Council took that out last week and declined an amendment from Herbold to bring it back, citing the hazy research around the health effects of diet soda.

Because diet soda is more likely to be consumed by higher-income and white people, the decision to pull it did not sit well with some, including the Seattle Human Rights Commission. “We believe this decision only exacerbates the disparate racial and socioeconomic impacts of an inherently regressive tax, and flies in the face of the legislation’s Racial Equity Toolkit,” its members wrote in a letter to the council.

The council declined a second amendment to tax beverages with milk as the primary ingredient, like lattes, also proposed by Herbold.

As lawmakers have worked through drafts of the legislation, the challenge was in balancing their clear desire to raise more revenue for worthy causes with their worries of disproportionately taxing the same people they’re trying to help. It’s a debate that has played out surrounding sales tax proposals for homelessness and the arts: Do the benefits cancel out the tax’s regressive nature?

Local lobbying arms for business and labor both opposed the tax, filing a rare joint statement warning of lost jobs.

Harutyunyan Husik owns Z Food Mart between North 95th and 96th streets on Aurora Avenue. He fears the tax will fall heavy on his store because of how close it is to Shoreline. "If it’s high priced in Seattle," he said, "they can buy it from another city." He went as far to say he may have to close.

Not everyone was so worried. In City Foods Grocery and Delicatessen near Seattle Center, a woman named Verlene stocks sandwiches. She estimates 90 percent of her transactions include soda. But Verlene, who declined to give her last name, isn’t worried. “People are going to buy what they want,” she said, regardless of the tax.

More than that, Verlene used to work in schools. Sometimes, she said, taking a break from her work, she’d feel so badly for the kids who couldn’t afford lunch, she’d dip into her own pocket. If the soda tax helps fund better nutrition, she’s all in. “Good nutrition is so important for a child,” she said.

She has company from leaders of several groups that work in low-income communities, including Estela Ortega of El Centro de la Raza and Odessa Brown Children’s Clinic's Dr. Ben Danielson. The tax, said Ortega, "will increase our ability to address the achievement gaps in our community."

The climate justice and food access organization Got Green acknowledged the concerns of the tax’s regressive approach Monday. “Still,” representatives wrote Monday, “as low-income people of color who organize in South Seattle, the Sugary Beverage Tax deserves our support, especially if diet drinks get added back to the tax.”

The tax will go into effect 30 days after Murray signs the bill, unless a petition for a referendum is filed, as the council expects.