The real threat to Seattle's 'hottest neighborhood' -- it's not drive-bys 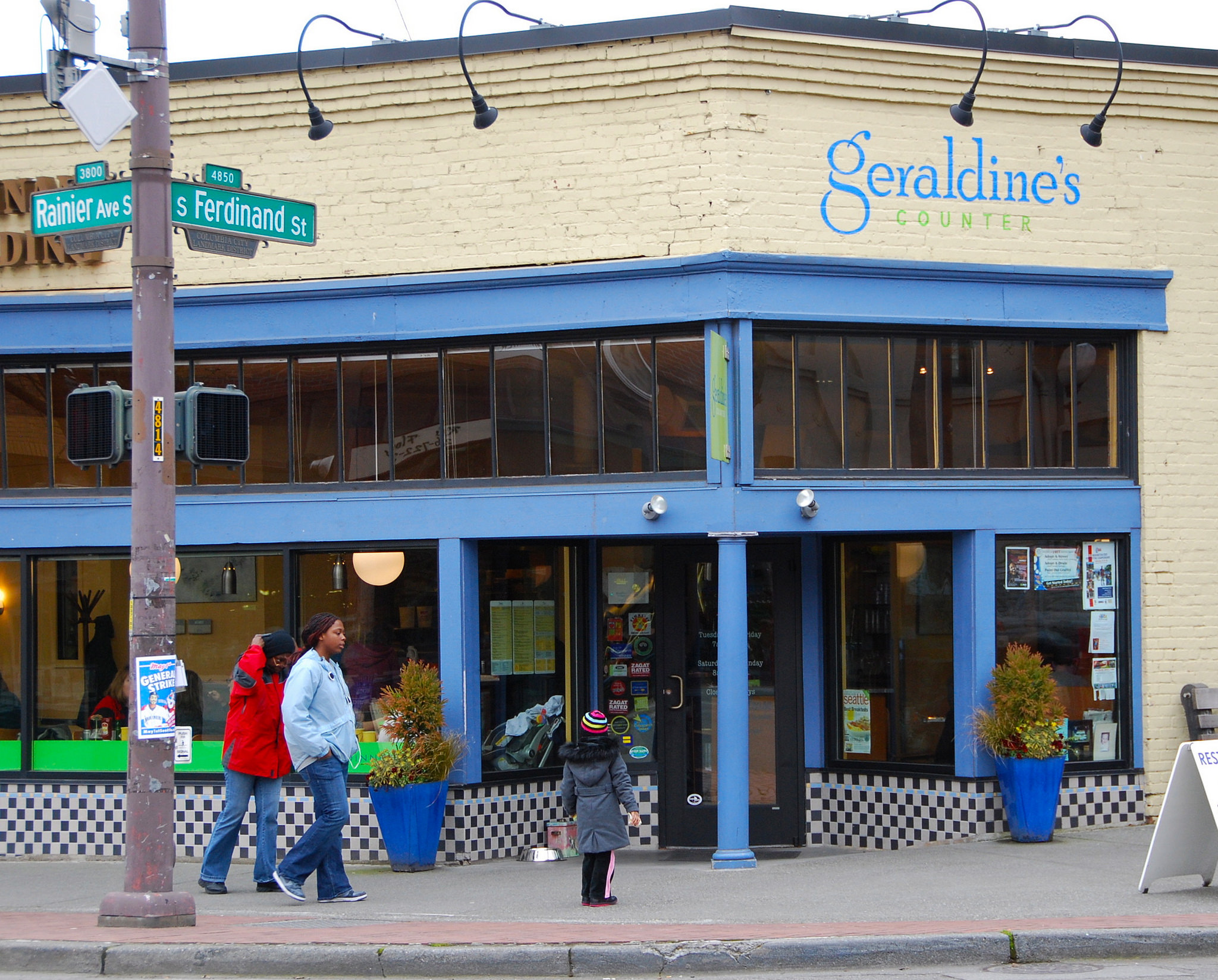 Much ado has been made about a column by Seattle Times writer Nicole Brodeur about Columbia City in which she appeared to judge the neighborhood’s value according to how well and easily (or not) the area was being gentrified. The piece centered around a drive-by shooting that was notable, she seemed to suggest, only because it impacted the new Molly Moon’s ice cream parlor.

Brodeur also referred to Columbia City as “historically a pass-through,” as if its colorful community didn’t count for much. She alleged it was commonly referred to as the “Mayberry of South Seattle.” Mayberry, of course, being a fictional southern white small town, which is a strange analogy for what is now one of the most diverse parts of the city.

Newcomers to the neighborhood should learn how today’s diverse and vital Columbia City got that way, Smith said. “And you should be really concerned that there’s nothing guaranteeing that the diversity will continue.”

Good advice on both counts, especially in these times of change, displacement and disruption. While Brodeur’s column (she has since apologized) sounded an alarm over a drive-by shooting as a threat to what the neighborhood is becoming, it seemed to bypass a greater threat: the undoing of what has been created there over the last 40 years.

I know a little bit of that story. Members of five generations of my family have lived in Rainier Valley at one time or another. My dad used to deliver the Shopping News in Columbia City on his bike back in the 1930s. My son and his family live in the neighborhood now.

Columbia City was a nearly all-white Mayberryish kind of place once. I remember it vividly. When I grew up near what’s now the Mt. Baker light rail station in the 1950s and ’60s, Columbia City was our go-to retail district. There was a post office, library, shoe store, 10-cent store and other Main Street shops. My mom used to outfit with me Red Goose shoes at the local shoe store. Columbia City library was where I first cultivated my interest in reading.

Back then, Columbia City seemed like a small Midwestern town in decline. There were reasons. Some were on Rainier Avenue itself: Big supermarkets like Food Giant opened up in strip malls. Bigger malls such as U Village, Northgate and Bellevue, made more accessible by 1960s freeway expansion, became magnets drawing shoppers farther afield.

Columbia City was a streetcar suburb that had lost its streetcars. It sat in a valley that had been stigmatized as Garlic Gulch for its so-called “Italian Colony.” Southeast Seattle residents had long complained of being marginalized by the city’s political and business elite. I once found a letter from Beacon Hill residents written around 1910 complaining that the area was being ignored when it came to parks.

One of the area’s main appeals was affordability; it was a place to get cheap home lots as Seattle’s other single-family neighborhoods filled up. Affordability did not bring diversity, however. Tactics like housing covenants and red-lining — increasingly enforced from the 1920s on — limited where people of color could buy or live. The Hillman City Addition south of Columbia city came with an white-only clause. By 1960, Columbia City had only a smattering of black or Asian families.

But the 1960s, ’70s and ’80s brought dramatic shifts. In 1968, Seattle passed an open housing law that helped to free African Americans from the box of the Central District. It also spurred white flight from areas like Columbia City, which accelerated after school bussing was instigated.

Still, if white people were giving up on Southeast, communities of color were not. African Americans moved south into Rainier Valley and further. The Asian and Pacific populations also increased in Columbia City and environs. (You can see that trend on maps at the University of Washington’s Civil Rights and Labor History Project website.)

From the late '70s until today, a host of local improvements were made. Columbia City became a Historic District in 1978. Locals boosted retail, Sound Transit light rail came to MLK Way and the neighborhood benefitted from park improvements, a cultural center, a library expansion and social service attention from the city.

There’s need for more such investments, certainly, but the boom has caught up with Columbia City. By 2000, Seattle’s overall population was back to 1960 levels. The current fast-growing total is estimated at over 700,000. People are now pouring into the city, and the South End’s racial and ethnic mix is no longer causing whites to flee. On the contrary, it is a big part of the appeal.

Compared to other parts of very white Seattle, Columbia City has become a kind of dream town: diverse, urban, walkable and livable.

But now, the economic engines that have favored us have become a curse: boosting income inequality, homelessness, breaking family connections through displacement. What’s been created in Columbia City faces a resiliency test.

Those who have worked hard to make Columbia City what it is today are right not to assume that this will last. The neighborhood is ripe for ruin, not through decline, but the reverse: gentrification.