Fate of UW campus in hands of state Supreme Court 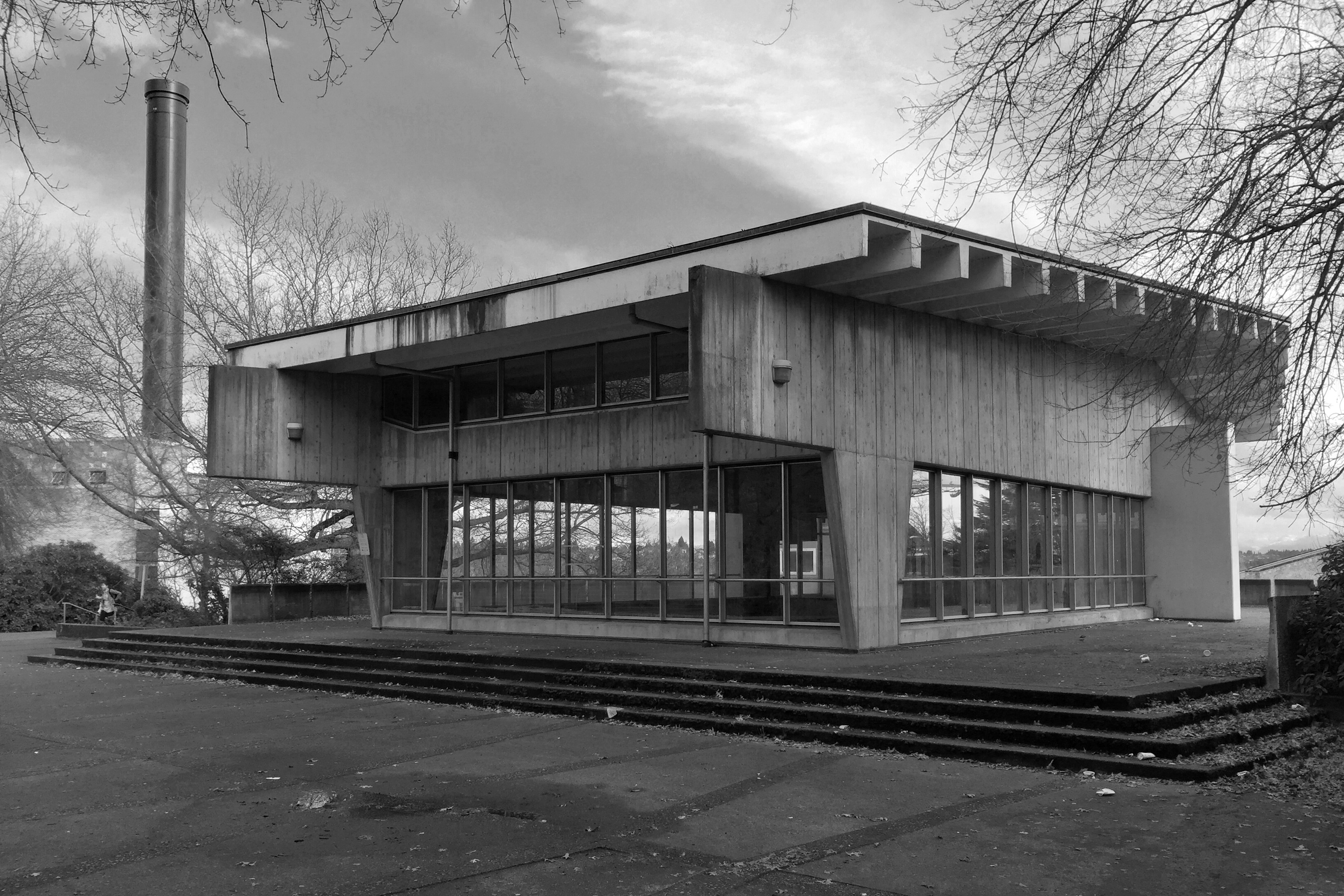 UW’s Nuclear Reactor Building was built in 1961 and bulldozed in July 2016 to make way for a new Computer Science and Engineering Building on the campus at the University of Washington.

“This is what this case is all about,” said attorney Patrick Schneider. He is standing before the members of the Washington State Supreme Court in the Temple of Justice in Olympia, making a case for the University of Washington in a fight with the city of Seattle over historic preservation.

What he shows the nine justices is an aerial photograph of the UW’s main campus covered in red dots. It looks like the university is suffering from an outbreak of smallpox. Each dot, he says, shows a structure or landscape that could potentially be subject to the City of Seattle’s Landmarks Preservation Ordinance.

The justices were hearing arguments in a case where the university is seeking to free itself entirely from the ordinance. The UW has made clear it sees the preservation ordinance as an impediment to its plans for redevelopment on its main campus. Its plague map helped win its argument in King County Superior Court. An appeal lead to the Supremes.

The ongoing legal fight grew out of the UW's demolition last July of the old More Hall Annex, aka the Nuclear Reactor Building, a structure listed on the National Historic Register. The building had once housed a small, experimental nuclear reactor. But the university tore down the building after a judge ruled the city's ordinance didn't apply to the UW. Preservationists had fought for nearly a decade to save the Nuke building.

Determined to tear down the building to make way for a new computer science and engineering building, the UW filed a lawsuit against the city of Seattle and a historic preservation group over the landmarks law after the preservation non-profit Docomomo-WeWA nominated the nuclear reactor building for city landmark status. The city has appealed and the Washington Trust for Historic Preservation and Historic Seattle joined the case, which is now about the principle of whether the city can give landmark protections to buildings on the campus as the UW pursues its development plans.

Oral arguments before the state Supreme Court in early June were a high-stakes moment for both sides pitting preservationists against the power of the UW.

Attorney Schneider's implication to the justices was that if all the dozens of red dots were designated as landmarks, it would preserve the campus as tightly as a prehistoric bug caught in amber. If the UW is subject to the ordinance, he argued, it would shift control of the campus to the city and city council. That would be untenable and violate the UW regents’ right to control their property. Seattle’s ordinance, he argued, is “uniquely onerous.”

Assistant Seattle City Attorney Roger Wynne said that state law as written gives the UW “full control” of the university and its property “except as otherwise provided by law.” The state Growth Management Act, he said, directs that “state agencies shall comply with local comprehensive plans and development regulations.” In other words, no one is above the land-use laws. The UW contends it is not a "state agency" under the law.

The justices seemed to want clarification as to why the UW was asserting a sweeping exemption of local land-use rules. Why should the university get to pick and choose which to follow, and which to not?

But Schneider said the Landmarks ordinance as it currently is written, is not in compliance with the GMA. The city says it is.

Chief Justice Mary Fairhurst asked why the UW did not appeal to the GMA Hearings Board or go to the Legislature and ask for new legal wording that would clarify current law? Justice Steven Gonzales wanted to understand why the UW was taking such an all-or-nothing stand. The UW’s position is that the university has had autonomy for over 100 years and its suit is an attempt to preserve and assert that precedent.

The case does have large potential implications: do Washington’s state universities have to obey local development rules or do they have a free hand? Others agree. Both Futurewise and the state's own Department of Archaeology and Historic Preservation have filed amicus briefs supporting the city's position and warning of the threat allowing the UW might pose to historic and land preservation efforts statewide.

For decades, the city and the UW have agreed to disagree about control of the campus and have worked things out without bringing the legal question of autonomy to a head.

The state Supreme Court will likely rule in three to six months. One bit of news: Docomomo-WeWA, Historic Seattle and the Washington Trust has just received an award of excellence for advocacy recognizing their efforts to save the Nuclear Reactor Building and fight the UW's lawsuit. Nationally, preservationists are paying attention to this court case.

The eventual decision about this dispute over a single, no-longer-standing 1960s historic structure could leave a legal legacy that reaches far beyond the campus or city where the building stood.