In Trump era, can you be moderate and Republican? 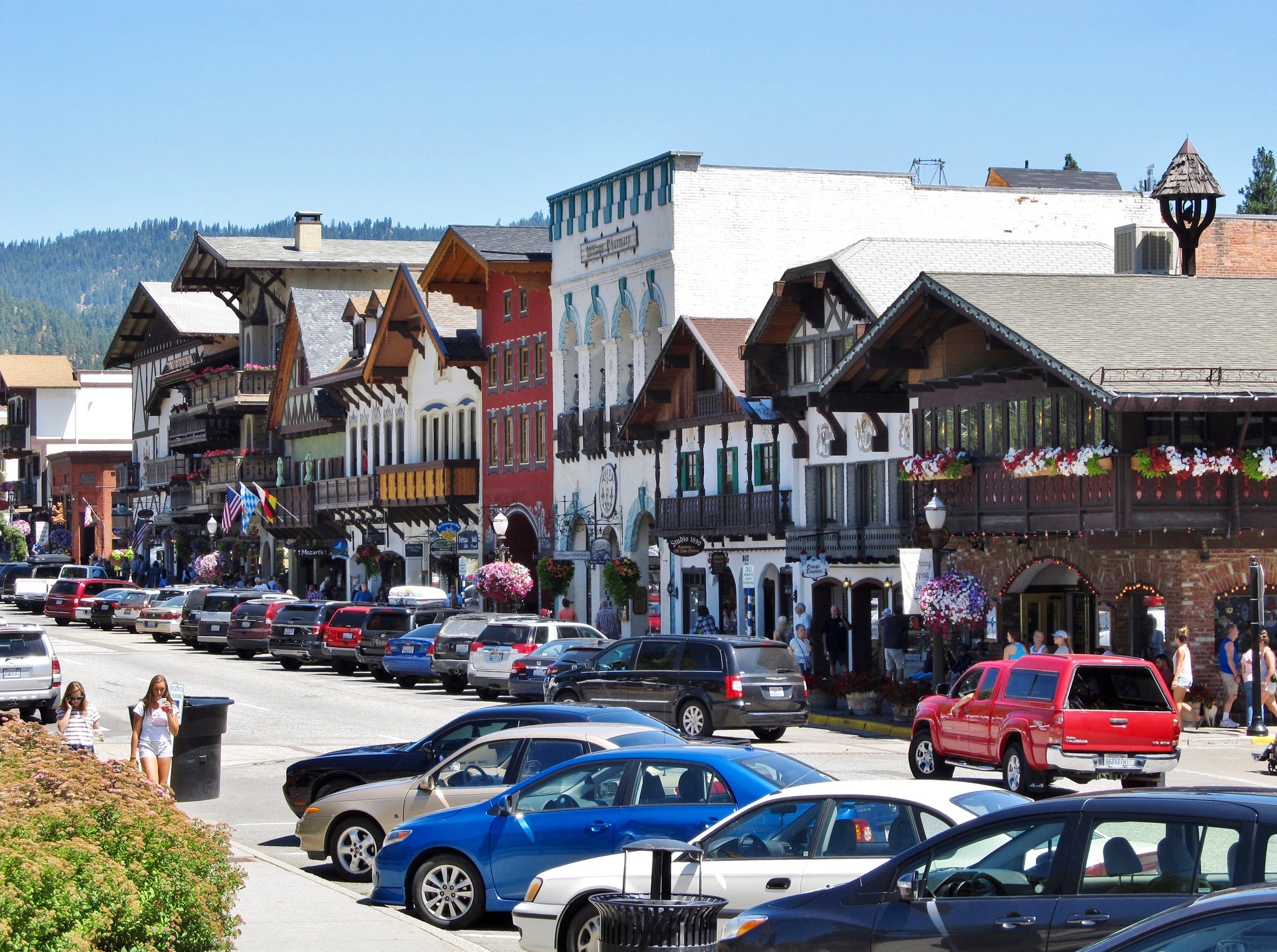 It seems like poor timing to hold a Republican conference in a town with a Bavarian theme. Passing through the lobby of the Leavenworth hotel hosting a GOP gathering, folks were singing Edelweiss in the lobby. A song once identified with The Sound of Music has taken on a more insidious tone these days as theme to Amazon’s “The Man in the High Castle,” a TV series about an alternative future in which the Nazis won World War II.

It is still more incongruous given that the Republicans meeting here are a group called the Mainstream Republicans of Washington, the anti-thesis of the party’s alt-right wing.

The Trump times are especially trying for these more moderate conservatives. The Mainstream Republicans, who’ve been around for decades, gathered at their annual Cascade Conference last weekend to, in the words of the organization’s incoming chairman, Foster Pepper attorney Mike Vaska, “address the elephant who is tweeting in the room.”

Many moderate and conservative Republicans acknowledge a Donald Trump problem. Last year, former U.S. Sen. Slade Gorton, for the first time, voted for an independent presidential candidate, anti-Trumper Evan McMullin. Gorton thinks Trump is the “least experienced and most bombastic” president ever, a “disaster” in the making.

So what are reasonable GOPers to do? That was one of the big questions for the weekend. If Democrats are hunkering down into resistance mode, these Republicans are trying to show their fellow Americans that there’s a better way to be conservative, holding on to civility and common sense. Both parties want to model how to do things better in the face of an unpredictable and perhaps incompetent central government.

The classic Northwest Republican of the 1960s and ’70s was what used to be called the “Dan Evans Republican,” after the three-term governor who was pragmatic, moderate, embracing of refugees and environmental stewardship. Respected pollster Stuart Elway says Northwest Republicans also have a libertarian streak very counter to the issues pushed by the national Republican Party (opposition to abortion, same sex marriage, etc). Republicans here would do better, says Elway, if the nationals just stopped talking about sex.

These classic Northwest Republicans are no longer potent as they were into the early 1980s, even in Seattle. Their numbers have been diminished by partisanship and age. But the species still exists.

The state is more divided politically than ever, with red counties becoming redder and blue ones bluer. The blue counties of Puget Sound, however, are where the population and economy are growing. Elway reports that since 2000, there’s been a 17-point swing away from Washingtonians who identify as Republican, a gain for both Democrats and independents.

The mainstreamers, though, see ongoing strength against blue headwinds. They believe they have been a critical part of the GOP’s holding on to a share of power despite a growing blue tide. The Legislature in Olympia is still split — an anti-Trump tsunami in 2016 did not turn it deep blue. They held their Congressional seats and even picked up a statewide elective office, Treasurer, which doubled the number they hold to two (the other is the longtime Republican redoubt, Secretary of State). Even as Republicans have become marginal in California, the GOP in Washington has shown resilience, gaining strength in rural areas along the Pacific Coast even while struggling in Puget Sound’s suburbs.

Vaska says that mainstream Republicans are defined by believing in limited but effective government, opportunity for all, compassion and environmental stewardship. In Washington, they tend to be pro-private enterprise, pro-trade, pro-immigration, they believe in health care and aren’t necessarily opposed to all new taxes. Another feature, he says, is bipartisanship.

Evans and Gorton — with 127 years of public service between them — talked about whether “the center can hold.” Evans says the priority is rational governing — two parties in different lanes, perhaps, but both on a highway to somewhere positive.

Evans tends to be upbeat about GOP prospects, citing the way the party came back after 1964, the year he was elected against a strong Democratic tide. If the GOP had life after that year’s Barry Goldwater debacle, there will be life after Trump, he believes. Yet a question posed by Elway is important: “How do you get out of Trump’s shadow?”

Gorton’s advice is simple: Do your job. In a crisis, focus on the work at hand. If Democrats are going to hang Trump around the necks of GOP candidates, the answer is a big tent party that focuses on recruiting good local candidates who reflect their districts. It’s nose-to-the-grindstone stuff.

A challenge this year is retaining control of the state Senate, the party’s one real hold on state government’s handling of the budget and big issues from education to transportation. With the party’s single vote grip on the Senate, control depends on who replaces the late GOP moderate Andy Hill as the 45th District senator. If the Democrats win the Eastside seat, they’ll control both houses of the Legislature as well as the governor’s office.

The mainstreamers have their candidate in Jinyoung Englund, the sole Republican in the race, who wants to be an “independent voice” for the Eastside. Her issues: no new taxes, traffic, car tabs and schools. She’s a Korean American, a former GOP aide (for U.S. Rep. Cathy McMorris Rodgers) who has worked in the bitcoin biz, has a family background of immigration, and a husband in the military.

The 45th looks like it should be the Democrats’ seat for the taking (both state reps from the district are Ds) but the mainstreamers are pumped about Englund. “I think she’s the perfect candidate,” waxes former Secretary of State Sam Reed.

While Evans likes long-term GOP prospects in Washington, he also warns that much depends on circumstance. The Trump regime has made clear that unpredictability is a hallmark. Today we’re talking Russia, Paris and covfefe, who knows what we’ll be talking about three months from now? Nevertheless, the mainstreamers hope to see constructive progress on tax reform, infrastructure spending and health care.

One Mainstream attendee likened Trump to a mad king and suggested Congress needs to take charge, like a king’s court stepping in to moderate his majesty’s craziness. If Republican leaders in D.C. cannot control the king, these Republicans hope to hold the center in this Washington. With luck, they might demonstrate a national form of pragmatic conservatism can work without carrying the baggage of the far right — despite the chaotic, ego-driven populism of the party’s tweeting elephant.