At 5th Avenue: A daughter's — and father's — coming out story 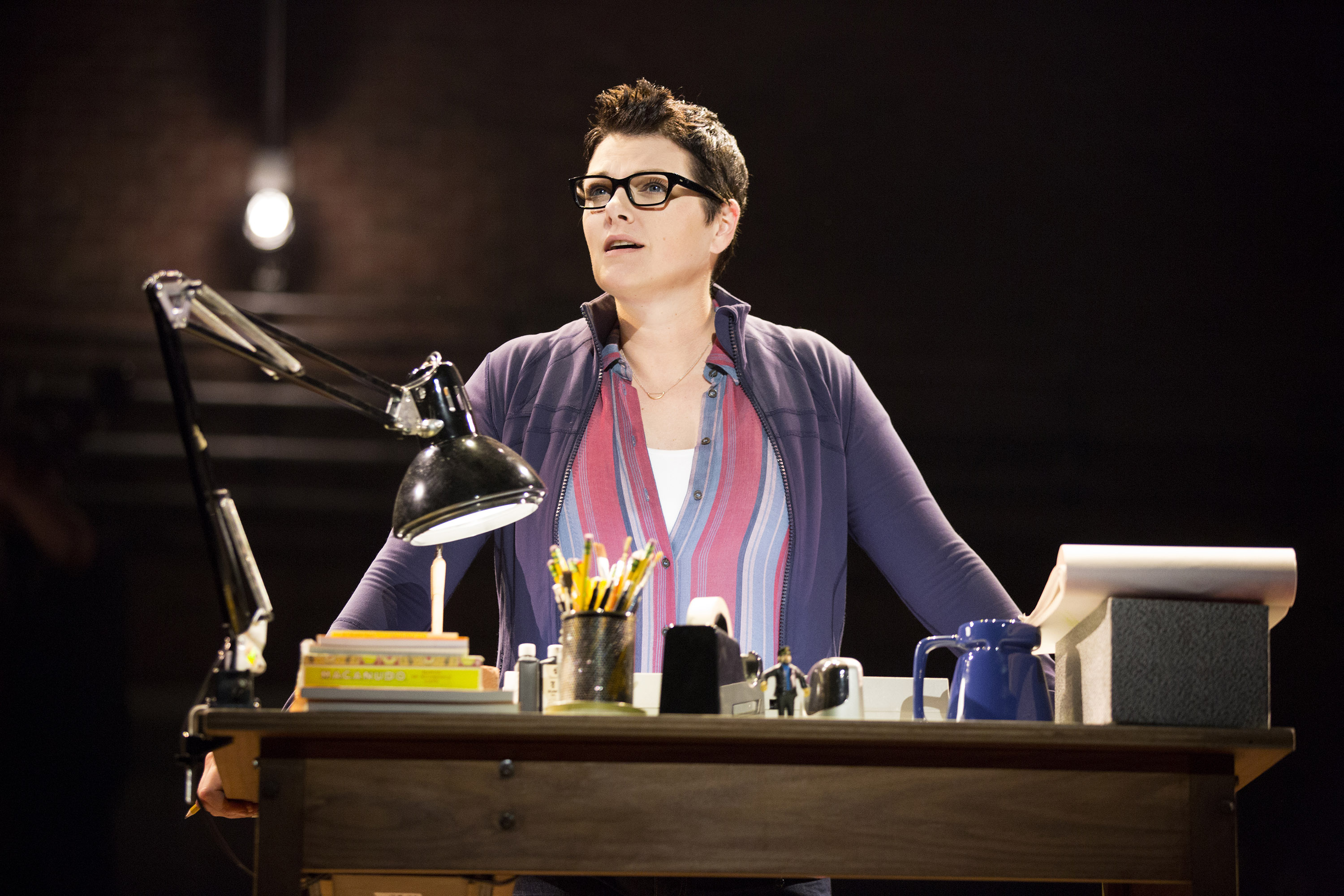 Gays in Broadway musicals? Since the breakthrough of the 1983 show “La Cage Aux Folles,” hit stage productions featuring homosexual characters are not exactly uncommon. And tales of the travails of unconventional family life? That’s been an American theatrical obsession for over a century. Not even the family funeral parlor milieu is unfamiliar: the superb cable TV series “Six Feet Under” was set in one.

What then makes The 5th Avenue’s latest offering “Fun Home” — a serio-comic, bittersweet and poignantly candid musical about the coming of age as a lesbian artist and daughter of a complicated father  — so original, groundbreaking and something of a gamble?  Having seen this innovative musical in its pre-Broadway premiere, I think it's a felicitous blending of the following:

“Fun Home” is the first Broadway musical based on a graphic novel. The story, penned by playwright Lisa Kron with a score by Jeanine Tesori, is culled from writer-graphic artist Allison Bechdel’s fascinating 2007 graphic memoir of the same name.

But Bechdel’s memoir (subtitled: “A Family Tragicomic”) is a leading example of a relatively new genre of substantial literature in which dialogue and narration accompany drawings, and all three mesh to vividly convey a multi-dimensional story — that may have nothing to do with superheroes.

In this case, the story is constructed from painful and fond memories, edged in ironic humor and psychological insight — a style pioneered by artists like Bechdel and, before her in the 1980s, Art Spiegelman in his best-seller “Maus.”

With graphic novels and nonfiction gaining readership, particularly among young adults (the book "Fun Home" has sold more than 250,000 copies) and acceptance from the literati (the civil rights memoir “March: Book Three” by Rep. John Lewis, Andrew Aydin and Nate Powell won a National Book Award last year), they could become another fecund source for Broadway composers and writers to draw on — and an enticing hook for millennial theatergoers.

“Fun Home” is also the first major Broadway musical focused on a lesbian protagonist. While a female couple sang their hearts out in the rock opera “Rent,” and gay women have appeared in many Broadway plays, the spotlight has been mostly on male homosexuals (“La Cage,” “Kinky Boots,” “Falsettos"). But the character of Alison is front and center in this show. She’s played by three different actresses in various phases of her life: exuberant 10-year-old (Young Alison), college student (Medium Alison) and adult.

The in-depth depiction of a lesbian in the Broadway arena is a significant breakthrough, according to Seattle theater scholar Susan Finque. “Theatricality has included the queer perspective since the ancient Greeks,” attests Finque, a founder and artistic director of Alice B. Theatre, a pioneering gay Seattle troupe in the 1980s and ‘90s. “What ‘Fun Home’ says is, ‘Hey, women are part of this queerness too!’ It just took longer for us to get it out there.”

Playwright Amy Wheeler, the director of Hedgebrook writer's retreat on Whidbey Island (where Bechdel has been in residence) considers “Fun Home” a musical milestone for women. “I think it’s the same as it is for female artists in general,” she contends. “It takes us longer because there are more obstacles. We’re told there’s not an audience for our stories when actually more women read, more women go to the theater than men. Of course, there is an audience, and ‘Fun Home’ has really proved that.”

Lastly, the show uniquely explores the gay experience of two generations within a single family. I was struck by the way Alison’s coming of age in the late 1970s, as the gay liberation movement was underway, is evoked in stark contrast with what her closeted gay father Bruce contended with. While as a young adolescent she revels in the feelings stirred by the sight of a butch female delivery woman in (the charming song “Ring of Keys”), and in college falls passionately in love with another girl (“Changing My Major”).

Bruce, meanwhile, is a quirky and "fun father" who resorts to the subterfuges many homosexuals resorted to in a more homophobic 1950s America. Rooted in a conservative community, he engages in furtive, guilty couplings with much younger men to the quiet despair of his long-suffering wife Helen and unbeknownst to their three children.  “Fun Home” ends powerfully, and painfully, soon after college student Alison summons the courage to reveal her sexuality to her parents — and in the process, discovers her father’s festering secret.

“The relationship between a father and daughter, who are both gay, one is repressed and one coming out — we’ve never seen that story on stage before,” suggests Wheeler. “What moves me is how Alison’s father was able to go through some journey dealing with his own feelings after she came out. That opened up something in him, even though he couldn’t act on it.”

Though gay marriage is now legal, and societal acceptance of homosexuality in national surveys is at a record high, there can still be something bracing and revelatory about confronting these issues of personal identity, particularly in musical dramas. And "Fun Home" has exerted broad enough appeal on tour to earn back its capitalization — no easy feat.

The audience response and acceptance have been particularly gratifying.  “The more we see stories like Alison’s, the more it’s shifting the cultural narrative to say it’s OK to be who you are,” says Wheeler. “If I had seen ‘Fun Home’ as a young person, it would have blown my world right open.