A transgender vet, who worked in the Bush White House, talks Trump 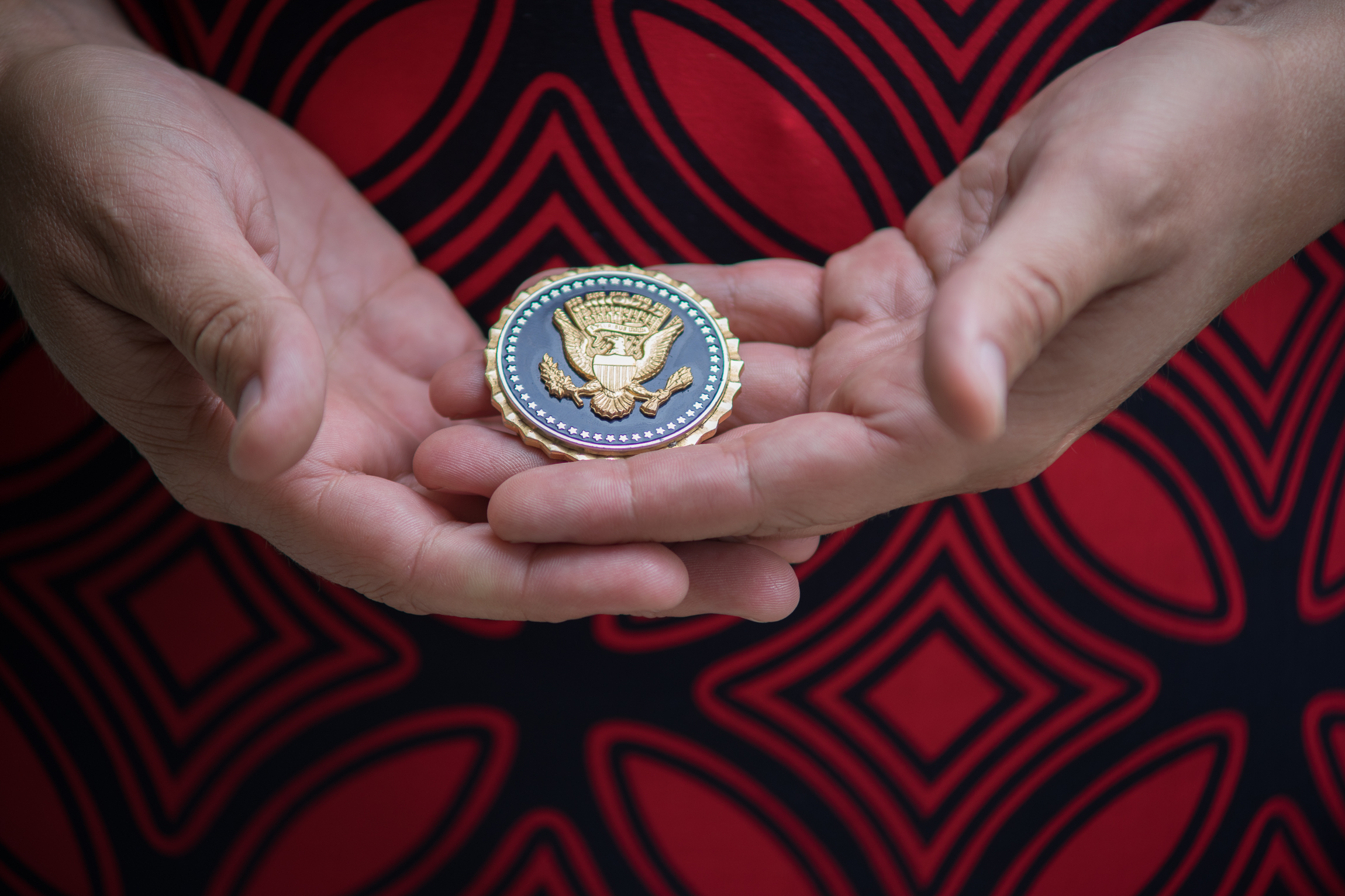 Like much of the country, Brooke Wylie was still in bed early Wednesday morning perusing Facebook when she heard the news.

At 5:55 A.M., President Donald Trump had tweeted a new policy regarding transgender individuals who hoped to join the military.

"After consultation with my Generals and military experts, please be advised that the United States Government will not accept or allow..." Trump began. Nine minutes later, Trump issued another tweet "...Transgender individuals to serve in any capacity in the U.S. Military." Trump continued to tweet that morning but by 6:04 A.M. the message was clear.

“I was not surprised when those tweets came out, at all,” Wylie said. “Most people out here were able to see through his lies, see through his deceit, know that he’s not going to actually protect anybody other than the wealthy, white people.”

She called Trump’s tweets “nothing more than a smokescreen for other policies that he’s trying to push through.” Like new health care legislation, Wylie said.

“He’s trying to keep people focused on this, not on what the issues out there are,” she said.

Wylie is transgender, a military veteran, a lesbian and a mother. She is a campaign director for the environmental nonprofit Greenpeace. As a volunteer, she helps other transgender military veterans navigate the Veterans Health Administration, which is notorious for its red tape.

Early in her career, Wylie worked for the White House under the George W. Bush administration. It was the military that got her there, she said. And she believes other transgender individuals should have the same kind of opportunity to serve the country.

Trump explained his reasoning for disallowing transgender people in the military as the “tremendous medical costs and disruption.” It's not clear, exactly, when such a ban would go into effect.

Hours after Trump’s surprise Twitter announcement, the LGBTQ community took another hit from the administration. The Justice Department filed court papers arguing the 1964 Civil Rights Act does not protect gay employees from discrimination. Earlier this year, the federal government announced it would do away with another Obama-era guideline: Schools no longer have to allow transgender students to use restrooms based on their gender identity.

Local politicians and advocates have denounced Trump’s transgender military ban. Congresswoman Pramila Jayapal said it represented “another salvo” in Trump’s war “on the rights of our country’s minorities and the vulnerable.” Mayor Ed Murray called the ban “antithetical to the American value of equality and Seattle’s unwavering commitment to protect and promote the rights of the transgender community.” "Historic LGBT victories can’t and won’t be undone by a tweet from President Trump," said the ACLU-WA in a statement that also threatened to file suit.

Experts have pointed to research that does not support Trump’s claim about higher medical costs if transgender individuals are allowed to serve. A study by the research think tank RAND, which estimates between 1,320 and 6,630 transgender Americans are serving in the military, says health care costs would rise $2.4 million to $8.4 million a year — a 0.04- to 0.13-percent increase that is much lower than what Trump has suggested. Transgender members, the study noted, would have “little or no impact on unit cohesion, operational effectiveness, or readiness.”

Sitting in a Seattle Central District cafe last week, Wylie pointed out that the military began paying for transgender related health care only last year. Wylie was overjoyed and thought it was "amazing, and about time."

Wylie is 34 with short blonde hair. She wears glasses and a nose ring. She grew up in Sisters, Ore., in the central part of the state. It was there that Wylie, as a junior in high school, had plotted to join the military. It was a way for her to avoid becoming a farmer or doing drugs, the only two options she could see as a teenager in a place with a population of 911 at the time, she said.

Eleven years before beginning to transition, Wylie joined the military in 2001. The “Don’t Ask, Don’t Tell” policy was still in place, but as far as sexual orientation “people were more open about it than the public knew,” she recalled.  “Your life is dependent on that person next to you. So if you don’t know them very well, and you don’t trust them that puts both of you at risk. So you have to get to know people,” she said.

“Trans military personnel are probably the most dedicated you’ll ever find. They’re willing to serve a country that hates their very existence, that fights against them, yet they’re willing to fight.”

From 2004 to 2006, when George W. Bush was president, Wylie worked in White House communications as a lead technician with high-level clearance working with top secret information. She received an award for rewiring the Eisenhower Executive Office Building, where most White House personnel work, as well as a Presidential Service Badge, which is given to military members who serve directly under the president.

About Bush, Wylie said: "I do not like his politics in any way, shape, or form but deep down he's actually a good guy. He's a good person."

“He has not put a single policy in place that isn’t harmful to some sort of demographic,” she said.

Wylie later worked for the Department of Defense and the FBI, doing similar highly technical work. But when her mother was diagnosed with breast cancer in 2010, she was forced to leave D.C. and return to the Pacific Northwest.

She is happy to now live in liberal Seattle, a safe haven for members of the LGBTQ community. She feels comfortable here, so much so that five years ago, she was able to first acknowledge to herself and to others that she is transgender. That isn’t to say she hasn't encountered discrimination. In March, Wylie says she was attacked by three women shouting transphobic slurs in broad daylight. Incidents like that have inspired Wylie to offer free self-defense classes at The Wildrose Bar on Capitol Hill.

She continues to help transgender veterans with name changes and finding doctors.

Although Wylie says she realizes she “gave up the privilege of being a white male to be seen less than human by the majority of the population,” she wouldn't have it any other way.

When asked about her hobnobbing days with Cabinet members and how her former colleagues would react if they saw her today, she says she's confident they would accept her.

“All in all, at heart, they were good people,” she said. “I’d help them feel like they were human again and no longer a politician.”

And what would she say to transgender teens who want to join the military?  "Wait until you figure out who you are, then join."