They can pass a budget, but do WA lawmakers know their Beyoncé? 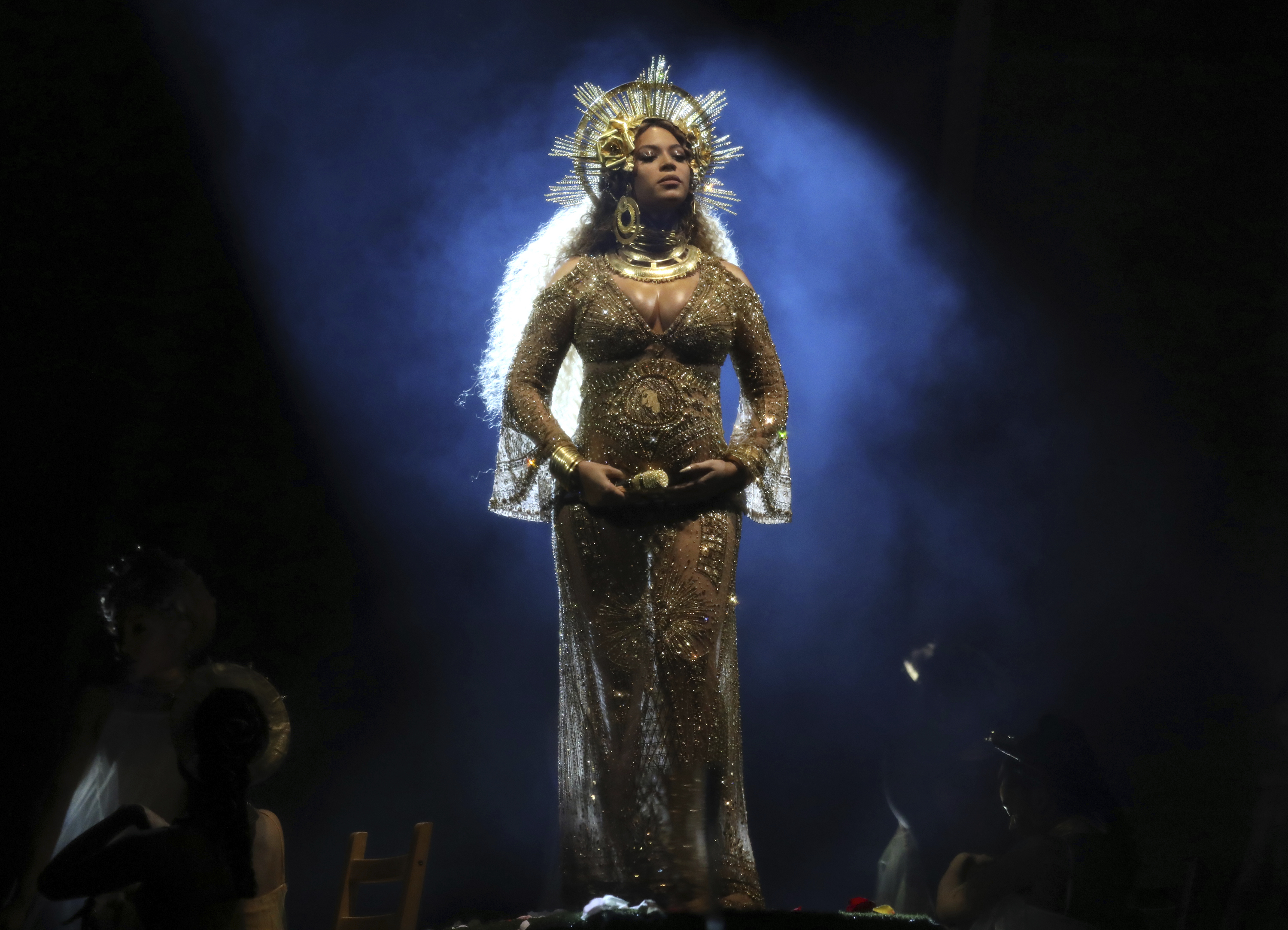 It has been one hell of a month, hasn’t it? Washington narrowly avoided a state shut down, and it’s not only the legislators who are fatigued this Fourth of July. We are, too.

You know what also exhausts us? Our lack of civility, which most Americans say has only gotten worse since Trump was elected president. On any given day, try reading the comments posted to Crosscut (You’d want to drink, too).

So we started wondering about our politicians. Could they be more alike than we think? Might they, in fact, share some common ground?

What follows (below) sheds light on our elected officials’ views about Beyoncé. Yes, Beyoncé. Because we’ve never met a person who had a real issue with Bey and frankly, we don’t want to.

Gay men, straight women, millennials all “love love love” Sasha Fierce. Her work ethic, her performances, her ability to not give a f—— and to try new things. She is the ultimate female version of a hustler. Who else sneezes on a beat and makes it sicker? Beyoncé = Queen. Plain and simple.

Will our politicians’ answers about Beyoncé telegraph how they perform their future legislative duties? Nope, probably not. But sometimes we have no idea what makes our politicians tick (Politicians: Could they be Just Like Us?).

Besides, they asked politicians in Ireland.

Plus, we actually found out which one of ours has met Beyoncé.

We now report back.

The results follow, please use this map to find the legislators for your district. (Btw, this is best read while at Red Lobster).

Rep. Paul "No doubt he is a member of the Beyhive" Graves, R-Fall City 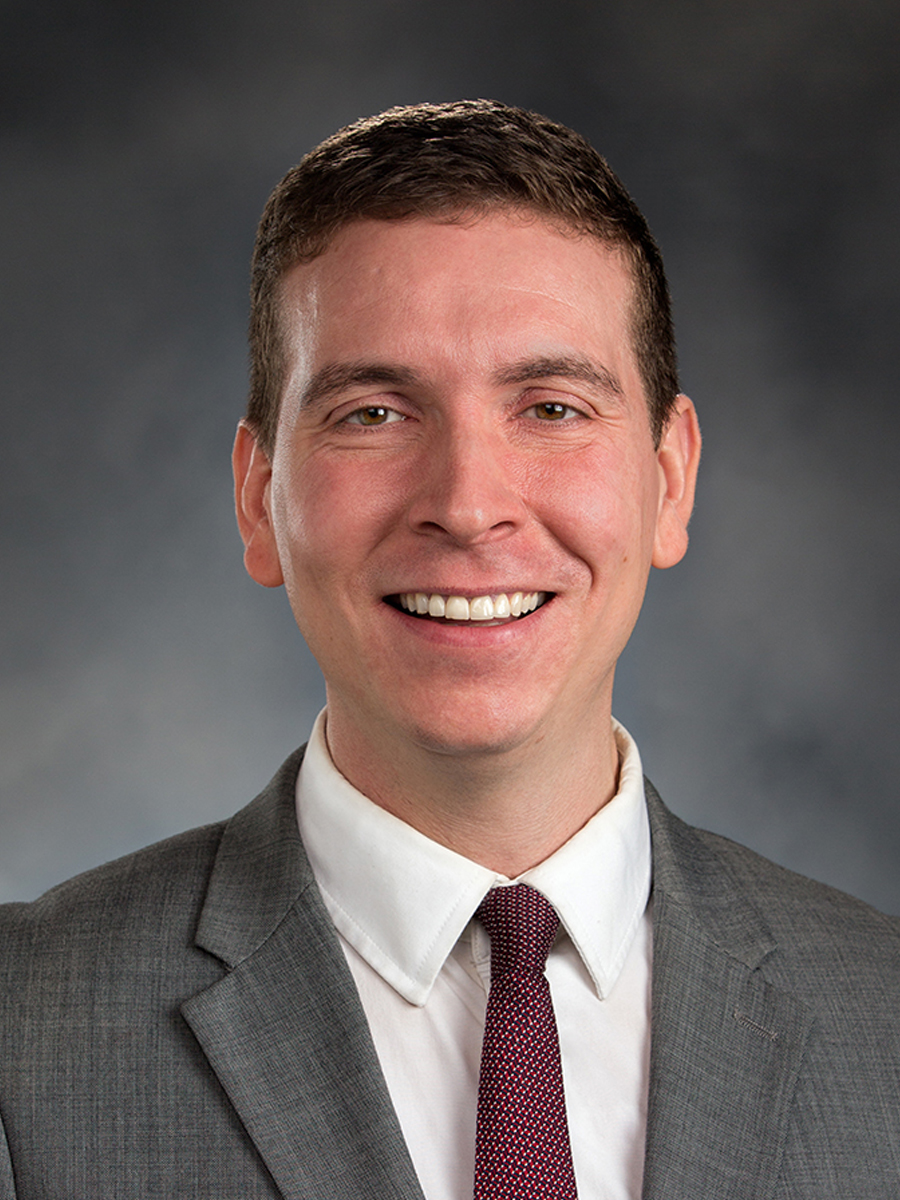 Yes, and very much, yes.

What are your favorite songs or albums?

And if you do not care for Beyoncé, why not?

I feel strongly about this issue, so I am grateful for your bringing attention to how awesome Queen Bey is.

We sent him a thank you email and he responded, “May she reign forever and ever.” 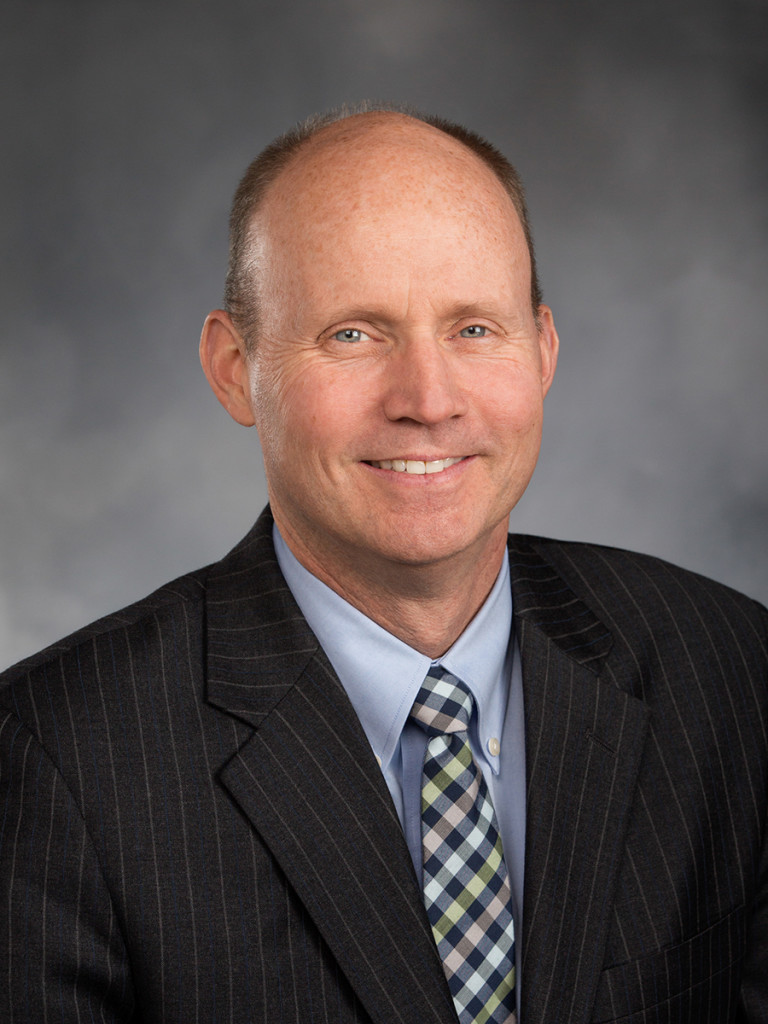 Odd questions coming from a news source. They seem more likely from a high school class. Yes, I know and like Beyoncé. I have enjoyed Beyoncé since the Destiny’s Child days and have always found Single Ladies to be great pop music. I have not heard "Lemonade" yet and it is a terrible hole in my pop culture learning. 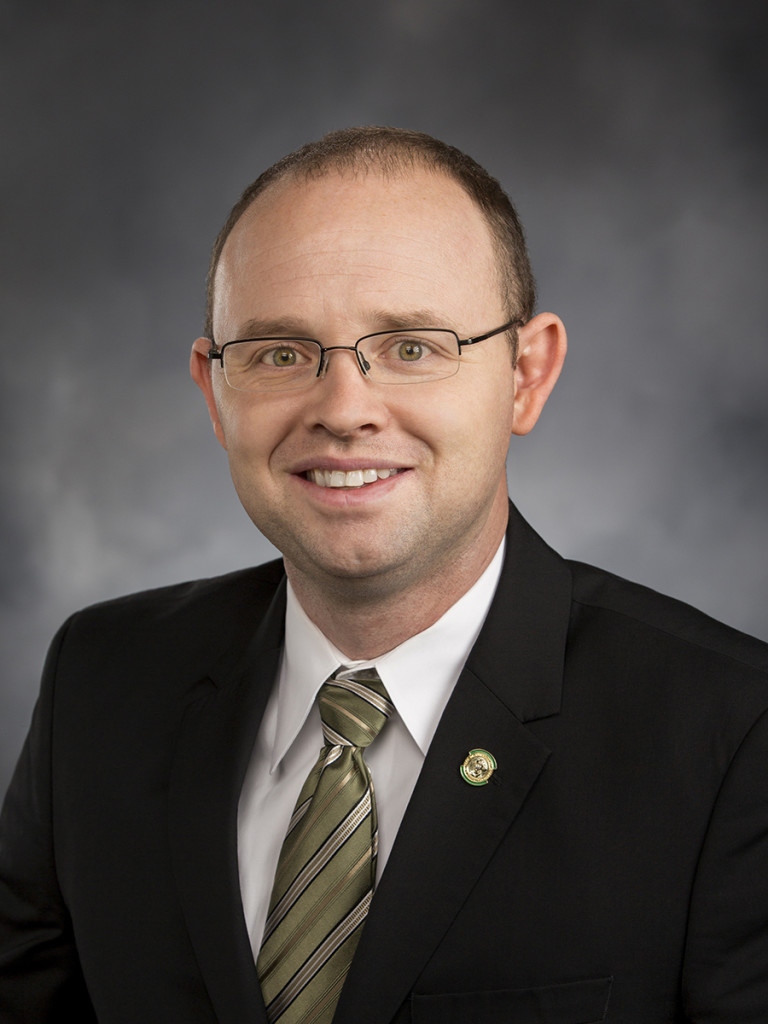 What are your favorite songs/albums?

He didn't mention Beyoncé (but did mention her husband) so might we suggest he give Daddy Lessons a listen? 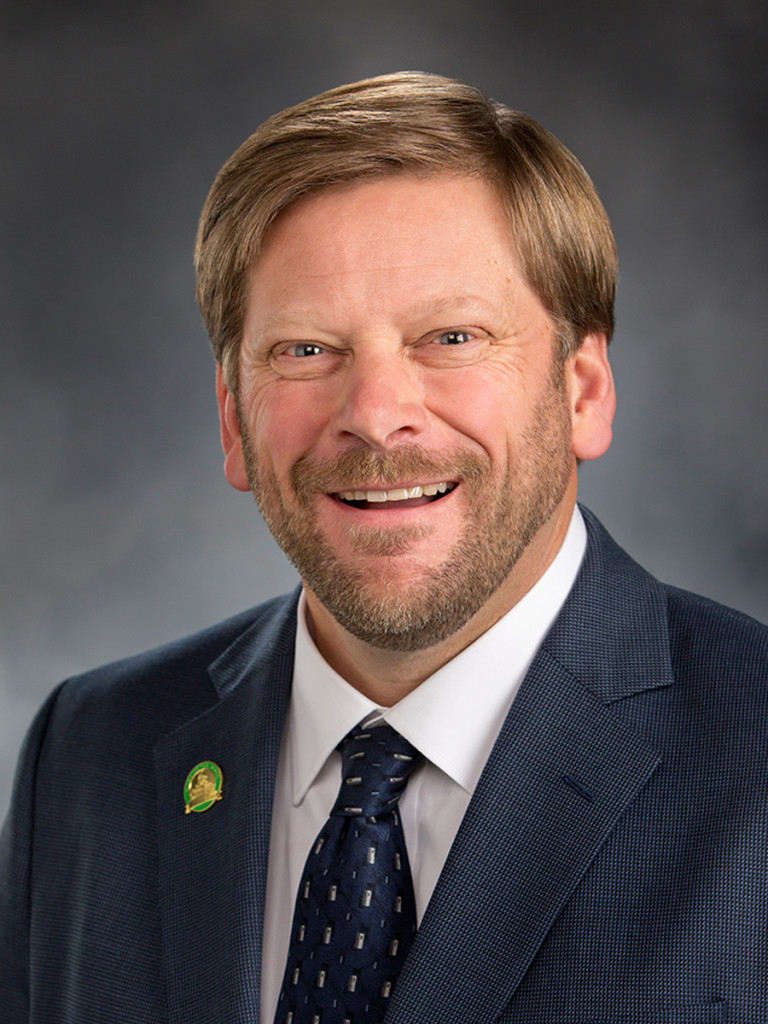 Rep. Chapman’s Legislative Aide obliged us with gifs and all!

Good morning, after speaking to the Representative he told me that he does not have any strong feelings about Beyoncé. Even after a short education about Beyoncé he still feels like he does not understand her.

Which is totally wrong. Rep Chapman will be educated on Beyoncé during interim.

Who runs the world? Legislative Aides. 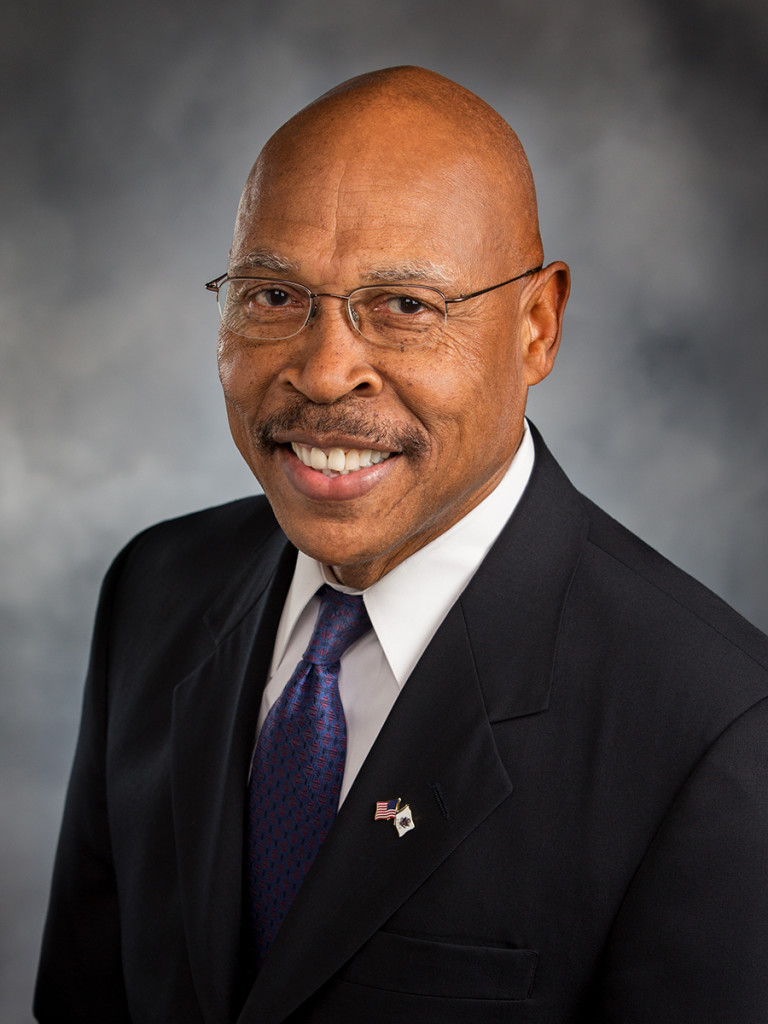 Thank you very much for contacting me. No, I do not know Beyoncé but I think she knows me. She actually attended the school I attended in Houston, Texas - Evan E. Worthing High. I was long gone when she attended school at Worthing.

My favorite song is by Louis Armstrong titled, “What a Wonderful World.” Other than that if Diana Ross is singing any song in the world I love it. 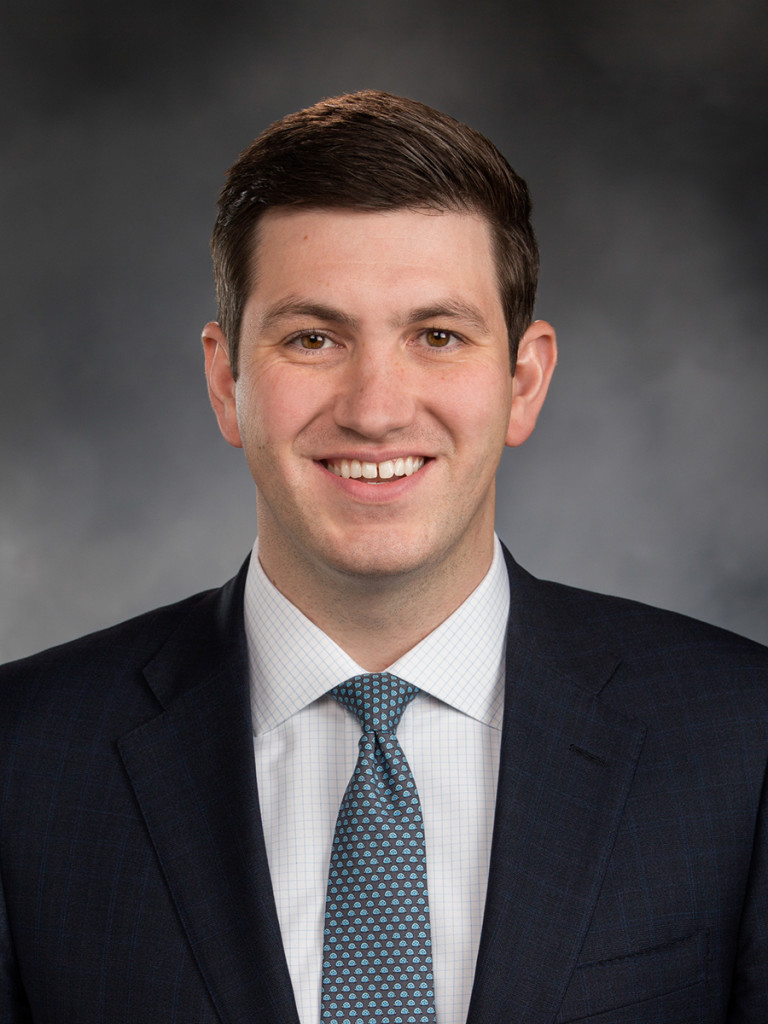 Thanks for the questions, Cambria. Spending 12+ hours a day in Olympia dealing with budgets and bills, it’s nice to occasionally discuss other topics. I don’t personally know Beyoncé, but I do know who she is. And I like her music a lot! My favorite Beyoncé song is Dilemma, but my favorite album of hers is “Here I Am." I’d also say my favorite B-side track is Dirty Laundry. She’s just so real on that one. I’m a pretty serious Beyoncé fan.

Note: Kelly Rowland actually sang all three, not B. Our previous comment stated that Rowland only sang Dilemma. We regret the error and feel like terrible Beyoncé fans. Forgive us, Bey. 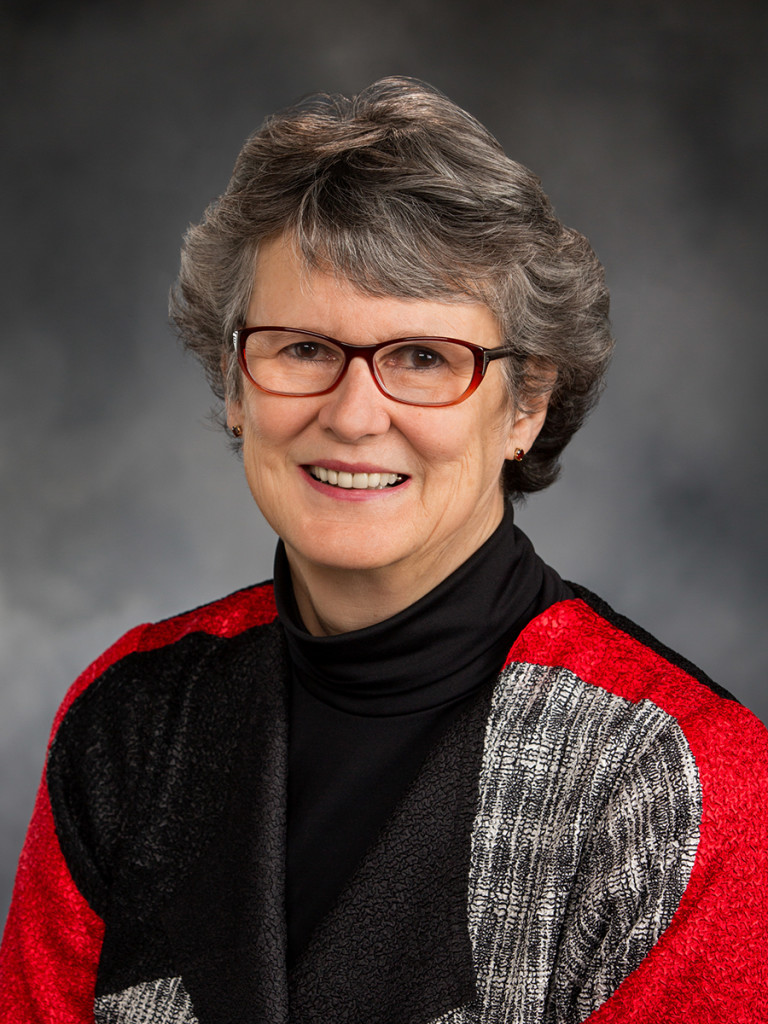 I can’t imagine why you would care and what kind of story this will be but she’s OK. [My favorite song is] Single Ladies. 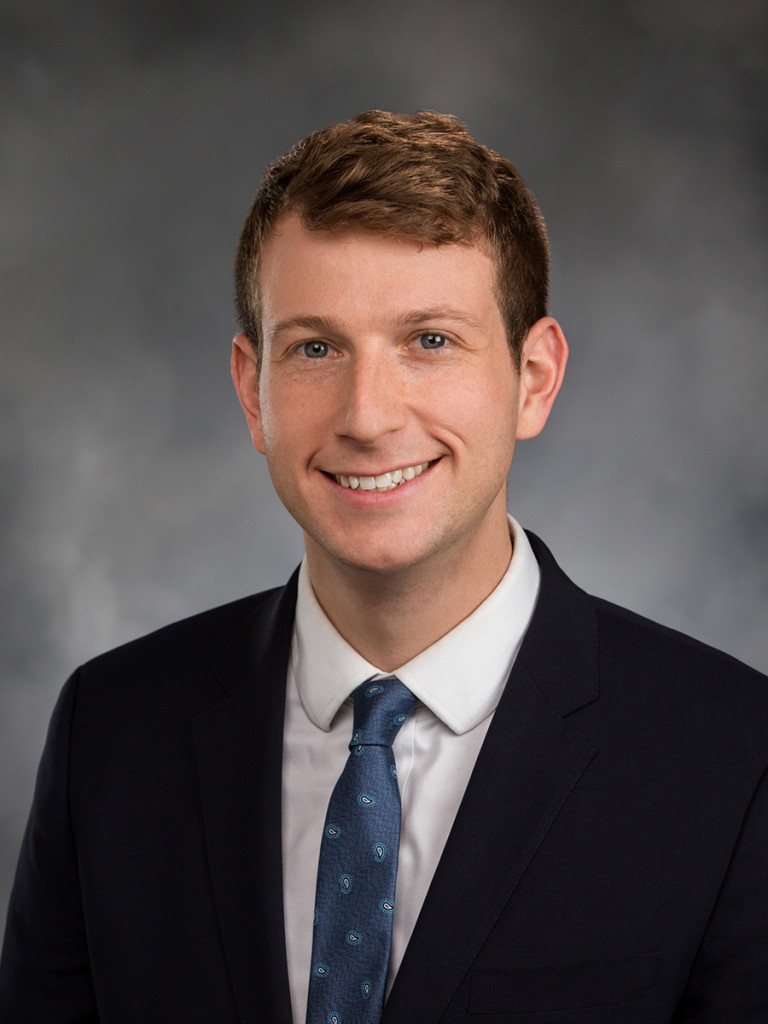 Yes, Beyoncé is great. The whole album "Lemonade," and also the song Drunk in Love, because I think it’s funny how she says “surfboart.” 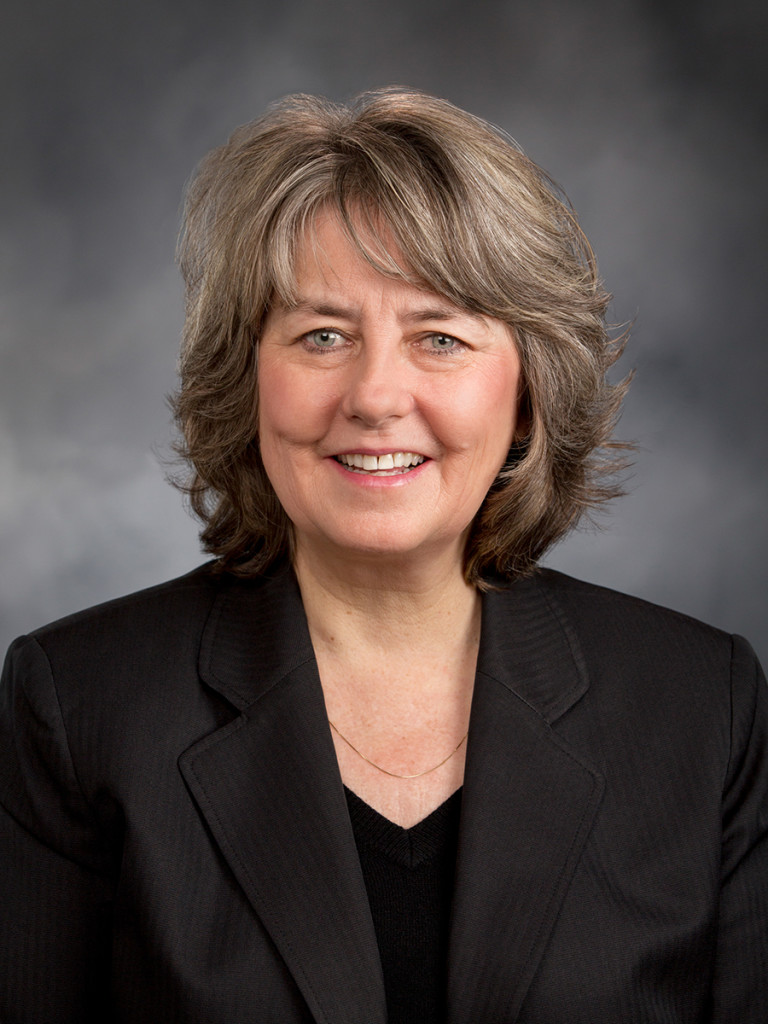 I love female vocalists. Although I haven't followed Beyoncé's career, I know who she is because my nieces make sure I know about her.

What are your favorite songs or albums?

Most of all, I am impressed you asked about my favorite "albums"! I have way too many favorites but here are influential ones: "Springsteen's Born to Run"; "10,000 Maniacs" (all of them); Bob Marley (all of them); Laura Viers. Favorite songs: Revolution, Beatles; Changes, Bowie; Dance, Miley Cyrus; Born to Run.

And if you do not care for Beyoncé, why not?

According to her Wikipedia page, she was in Dreamgirls; that is one of my favorite movies and plays of all time. Beyoncé has found ways to use her voice and her talent to create opportunities for female vocalists and especially women of color in the industry. What a great legacy!

When in doubt, Wikipedia it out! 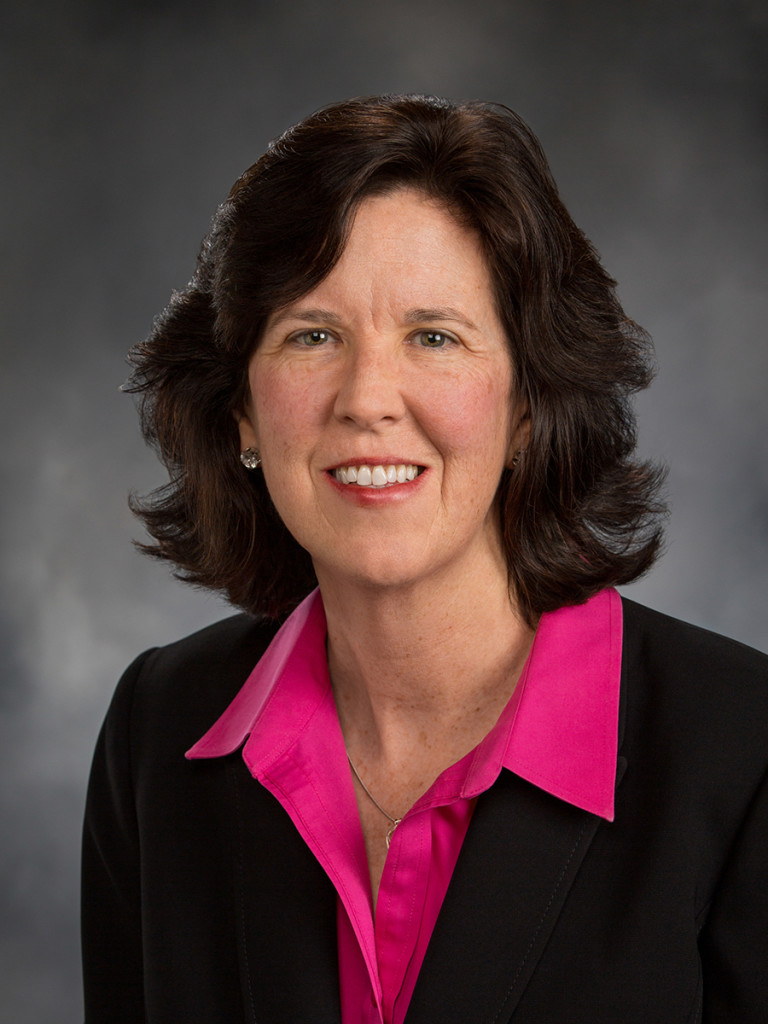 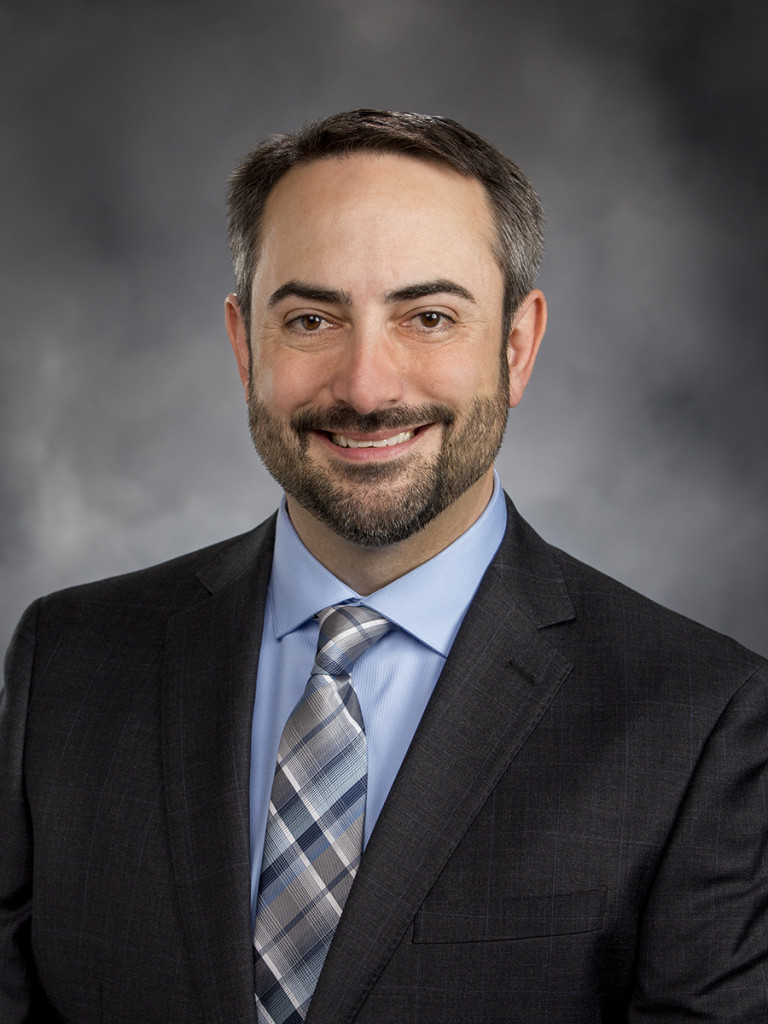 We received this response from Sen. Palumbo's aide:

What reasonable person doesn't know of, and love, Queen B? [My favorite song is] Dangerously In Love. I am offended that you would suggest I don’t like Bey. 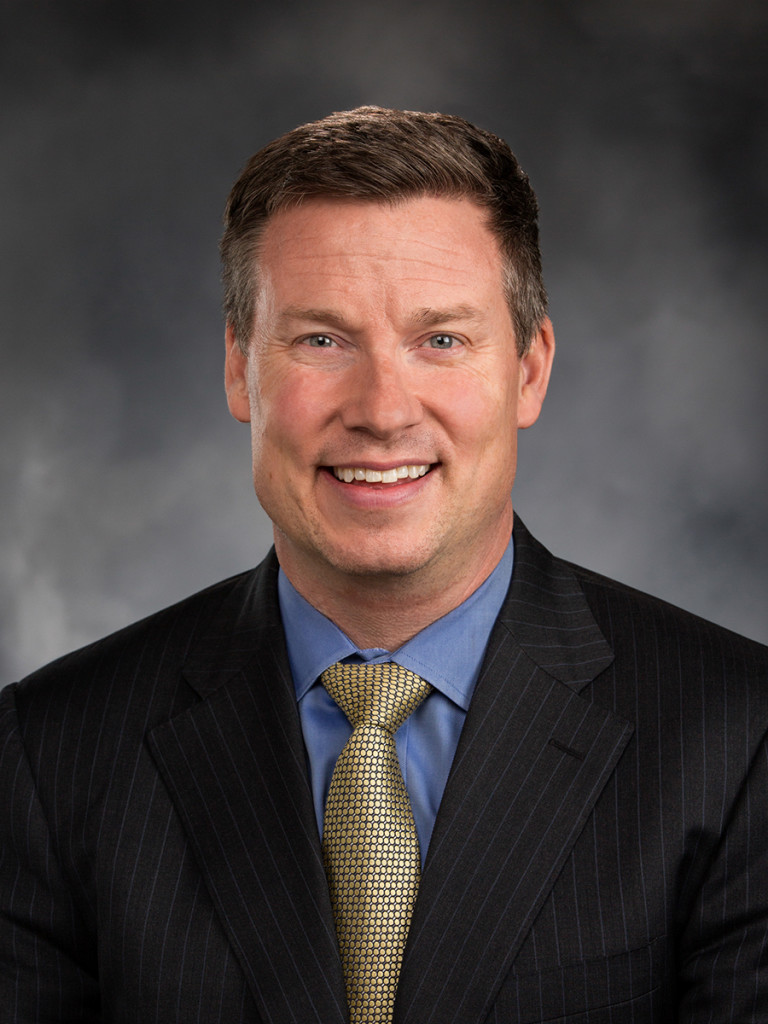 Who is Beyoncé? JUST KIDDING! Please don’t write me angry constituent mail! Yes, I like her. My favorite song is Run the World (Girls), because I have four daughters. 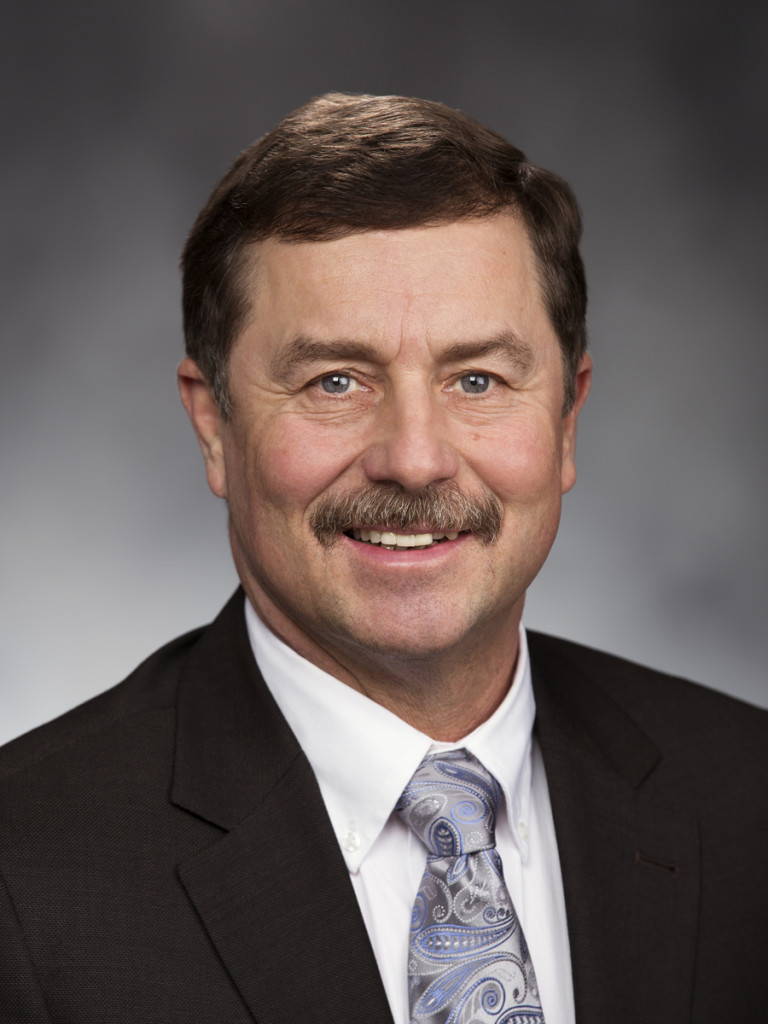 A bit of a snarky response from Rep. Schoesler’s aide who wrote back “You’ve got to be kidding me!!!!!!!” (yes, seven exclamation points). She eventually got us this answer:

“Of course I know who Beyoncé is, but my tastes lean more toward country music.” 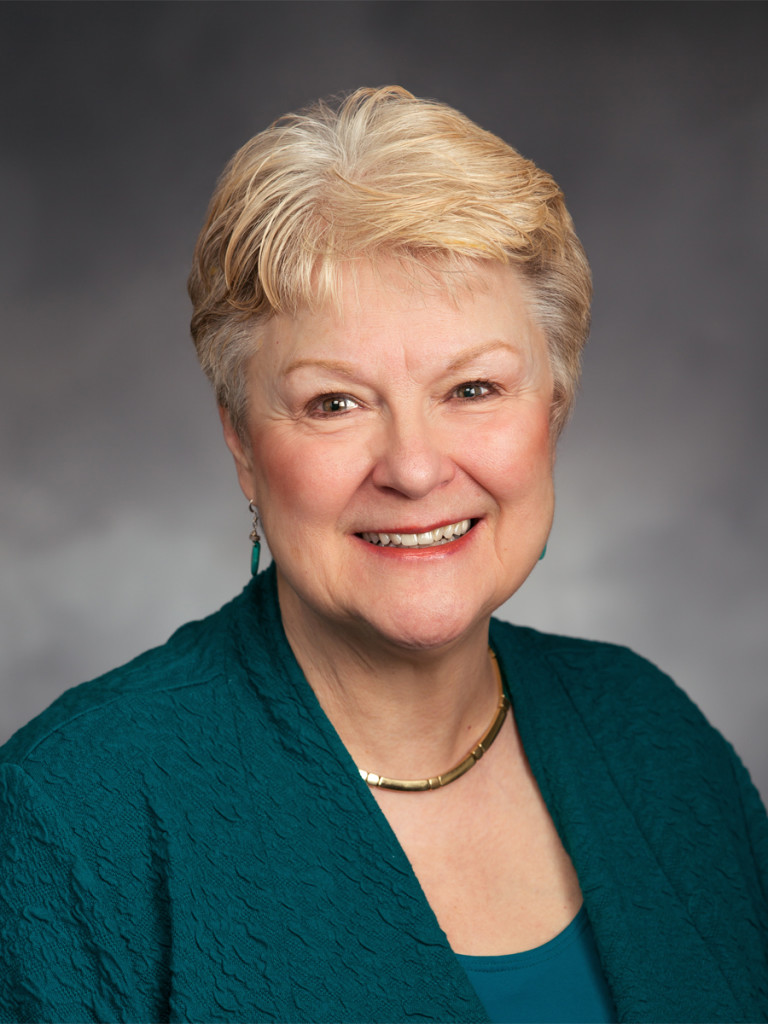 Hi Cambria, Thanks for the unusual question. Yes, I know of and like Beyoncé. I first noticed her in Dreamgirls, the movie musical about ten years ago. I don’t listen to much pop music, but her fierce feminism is clear in many of her songs, including Run the World. So I appreciate her politics and her music and her achievements. She’s a tremendous force in the music business, and has made her mark as a successful business woman in the industry. I admire that.

On another note — My bill guaranteeing workplace rights to pregnant women to have reasonable accommodations on the job just passed the Legislature [on April 10] and will be sent to the Governor for his signature.  Now that’s a big damn deal! 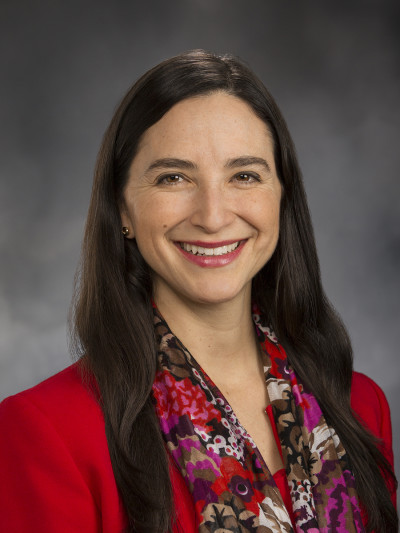 Really is there someone that is going to answer that they have not heard of Beyoncé? I would have to say I am not a die-hard fan, but appreciated the release of "Lemonade" and her feminist business savvy. Artists who I love include: Lila Downs, Edna Vasquez, and Empress Of- Woman is a Word. 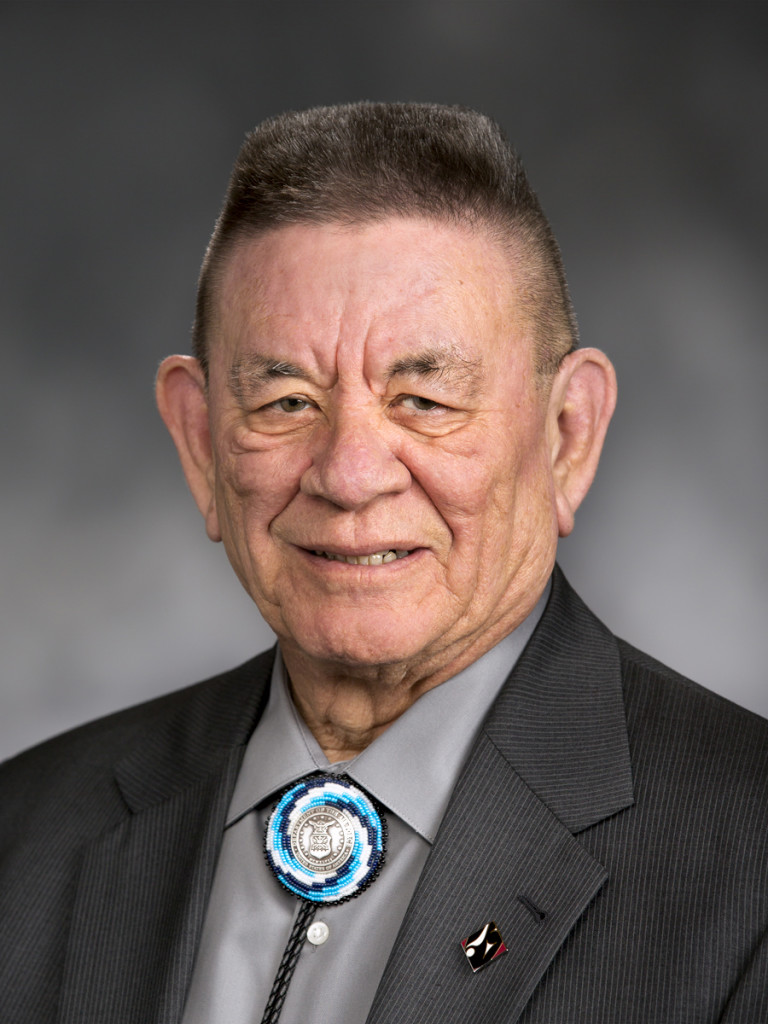 I know of her and have seen a couple of TV clips. I prefer Classic Country and the Oldies but Goodies (50-70). Nothing against her or her style, just not my type of music. 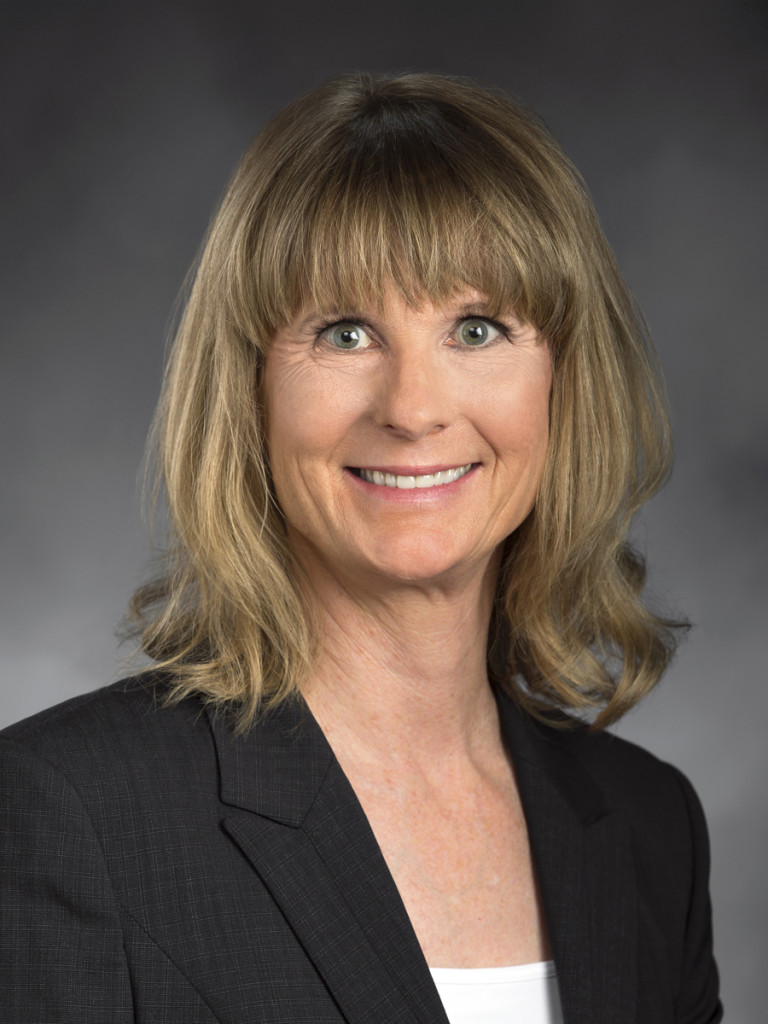 From her Legislative aide:

Senator Kuderer knows of Beyoncé but does not have any favorite songs or albums.

Sen. Michael "OMG, we wish we were him" Baumgartner, R-Spokane 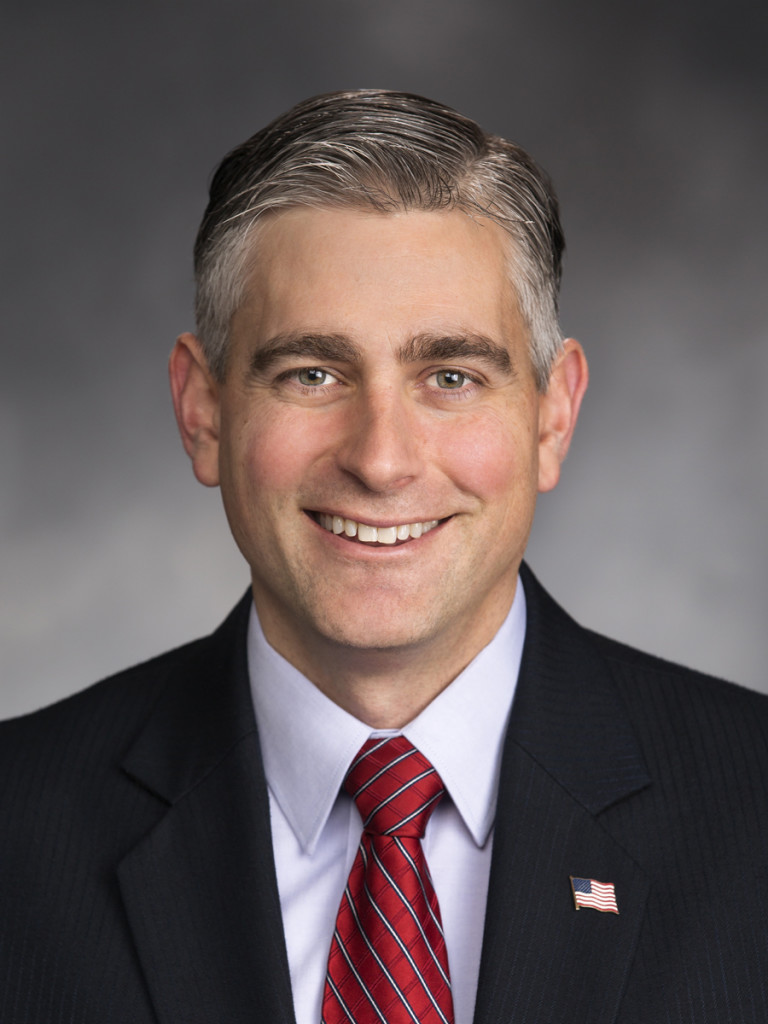 Yes. Actually once met her at a small after party after a Destiny Child's concert in Dubai. Friendly, good time. My wife has Halo on her iPod so end up listening to that song a lot when I borrow it to run, so that one. Hth -SenMB

Hth? We actually had to look that up: It means "Hope that helps."

Yes, Senator, it does.