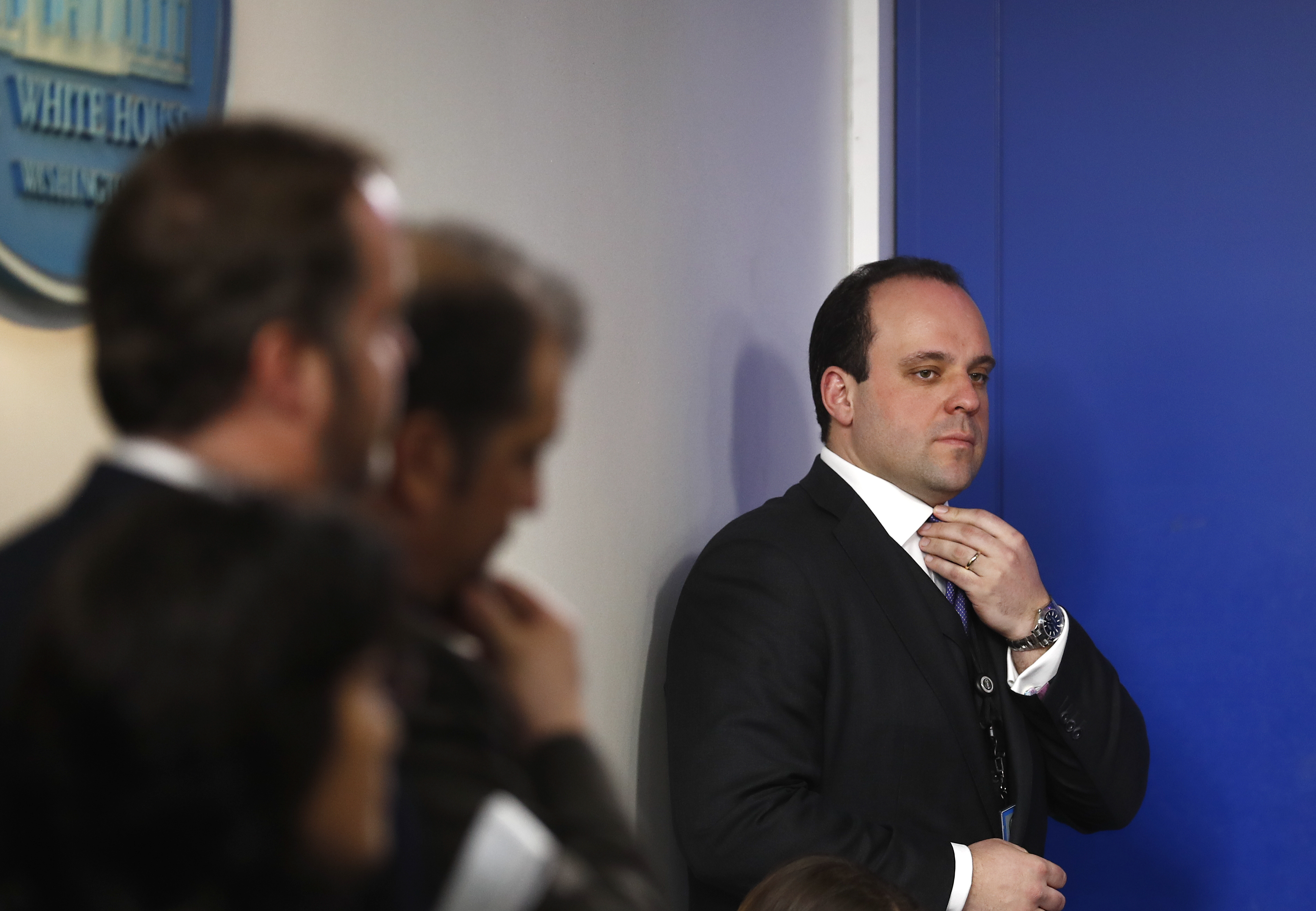 Boris Epshteyn stands to the side of the briefing room as White House press secretary Sean Spicer speaks during the daily news briefing at the White House, in Washington, Tuesday, Feb. 7, 2017. (AP Photo/Carolyn Kaster)

Seattle, meet Boris Epshteyn. You're about to see a lot more of him.

Epshteyn is many things: a banker, a communications flack for Republican campaigns, a surrogate for President Donald Trump’s campaign and, briefly, a member of his administration.

In recent months, he’s become something else: The Senior Political Analyst for Sinclair Broadcast Group — the media giant that owns 170 local news stations nationwide and functions with a widely accepted hard-right lilt. Among those stations is Seattle’s KOMO news.

Although Epshteyn is no journalist, viewers may soon see him on a regular basis on KOMO’s nightly news broadcast, squeezed between reporters and anchors who can lay claim to the title.

In recent days, staff for KOMO have been told by Sinclair representatives they will be required to run editorial segments from Epshteyn —the “Bottom Line with Boris” — on a more regular basis. It's not entirely clear how often, but according to one person with knowledge of the situation, KOMO will be expected to air Ephsteyn’s editorials at least three times a week during its prime time 11 p.m. news broadcast.

Politico reported Monday that KOMO’s experience is not unique. “Even while under fire for requiring its outlets to run conservative content, Sinclair Broadcast Group is increasing the ‘must-run’ segments across its affiliates featuring former Trump White House official Boris Epshteyn to nine times a week, the company confirmed on Monday,” reported the political news outlet.

It’s unclear whether KOMO will run the editorials during other parts of the day. KOMO’s general manager did not respond to a request for comment on the schedule.

Sinclair is unique among broadcasting groups in its insistence that local affiliates run content created by the national organization. As comedian John Oliver recently discussed in his show, Last Week Tonight, the content occasionally comes as a script, given to local anchors to read, as is the case with Sinclair’s “Terrorism Alert Desk.”

On other occasions, stations are made to air pre-recorded bits from Sinclair representatives. In March, Crosscut reported that KOMO ran a piece in which Sinclair’s Vice President of News Scott Livingston decried “fake news,” parroting language used on the right and by President Trump himself.

The segment was an embarrassment for some current and former employees, who spoke to Crosscut on the condition of anonymity.

KOMO has gotten shout outs from national media organizations, like the New York Times, the Washington Post and Oliver, for its “clever acts of rebellion,” namely burying these must-run segments at low viewership times. Oliver pointed to a “Terrorism Alert Desk” piece that KOMO played at 4:54 a.m. The Livingston piece was aired during the station’s 3:30 p.m. news broadcast, a low viewership slot.

Employees from the local station have also been quoted heavily — anonymously — in national news media, complaining about their positions under the Sinclair umbrella. After the Times piece ran, KOMO received a letter from corporate reminding employees to direct all media requests through the proper channels.

Despite the employees’ complaints and the national attention, the relationship with Sinclair has largely continued, unchanged. Union negotiations with photographers are at a standstill. And now, comes the instructions to air Epshteyn’s editorials.

Among the former Trump official’s talking points: a press corps that is “way off base” and “theater”; misguided focus on the Russia investigation; defense of Trump’s unsubstantiated claims of voter fraud; and more.