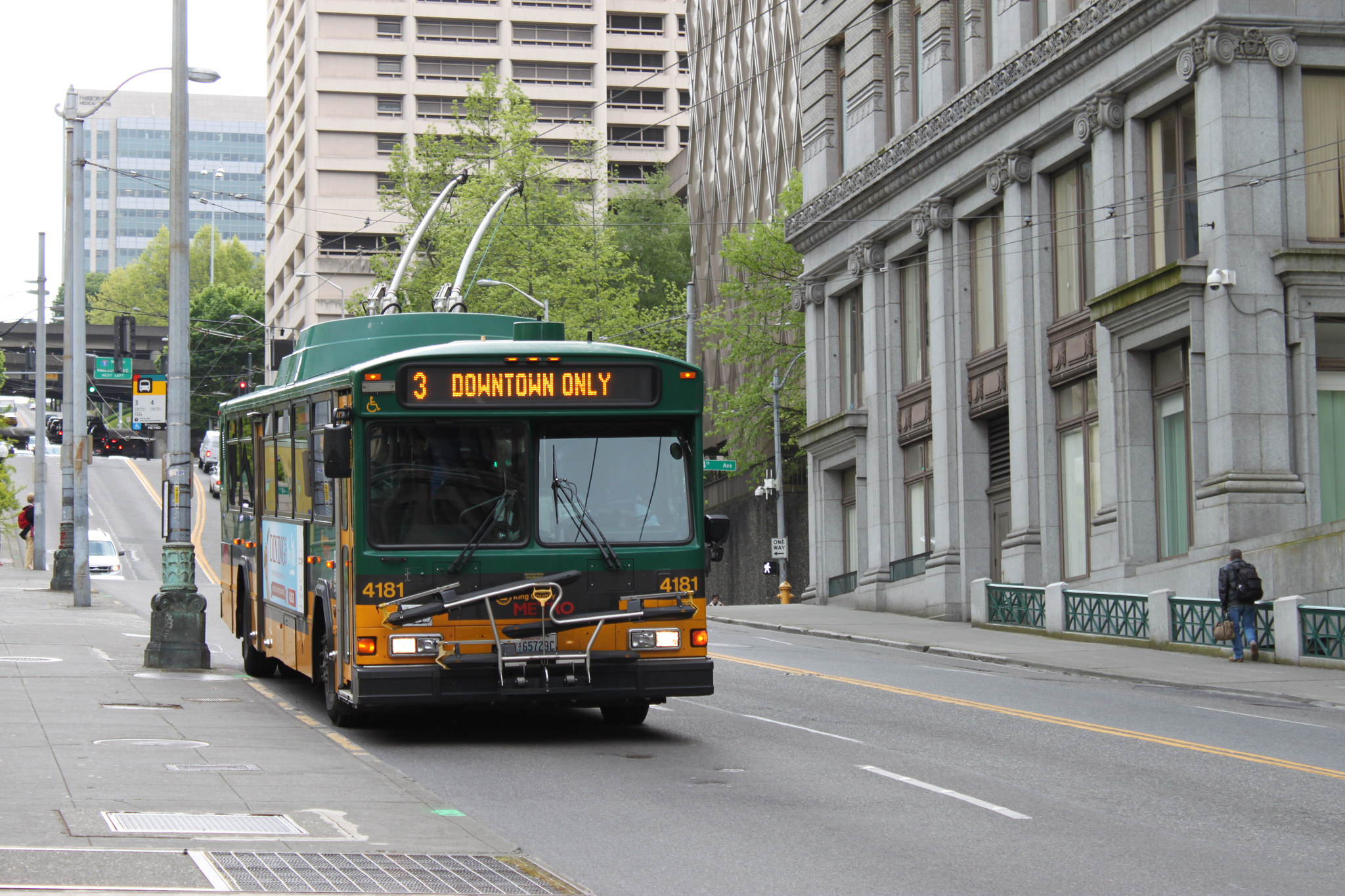 This story originally appeared on The Urbanist.

King County Metro is proposing to move the Route 3 and Route 4 off of James Street and onto Yesler Way through the growing Yesler Terrace. Metro cites significant congestion and delays along James Street, largely attributable to vehicles accessing I-5 as the primary motivation for the change. Metro has been itching to make this switch for years, with the complete rebuild of Yesler Way nearing completion and providing a clear impetus.

James Street between 4th and 5th Avenues is downtown Seattle’s second steepest hill, with a grade change of 18.3 percent. Overall, the elevation change between 3rd and 9th Avenues on James Street is 230 feet, creating a difficult hill climb for all but the most able-bodied and not comprehensively served by alternative accessible routes. This would also create an east-west service gap in central downtown of almost half a mile, once Metro eliminates the route 12 when the planned Madison BRT eastbound alignment on Spring Street opens in late 2019.

Metro claims that the realignment will gain these routes approximately four minutes of efficiency per trip, and would increase the overall reliability on all trips. On a daily basis, 11,000 riders use the 3 or 4, and Metro’s 2016 Service Guidelines Report shows the 3 serves 59 rides per platform hour, high into the top 25 percent of all urban routes. The 4 is just short of that, at 46.5 riders per platform hour. Despite the assertions that these routes are congested and face massive delays, the reliability numbers show them performing well above other routes, with only 18 percent of Route 3 buses running behind schedule, and 14 percent for the 4. This doesn’t even put them in the bottom 50 percent for unreliability. These are workhorse routes that provide critical crosstown trips to commuters, students, patients, and tourists. 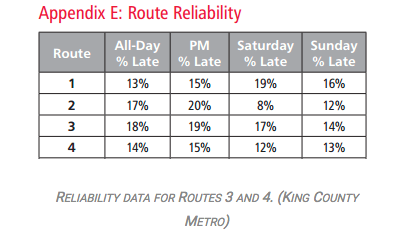 The 3 and 4 travel through several neighborhoods identified by Metro as having a high percentage of both low-income and minority residents and riders. Given the correlation between low incomes and transit dependence, it’s reasonable to assume that for many riders up the lines, these routes provide their only means of accessing the high density of government functions along James Street without transfers or long walks.

It’s reasonable to expect Metro to emphasize reliability and efficiency in their routes. Despite the agency’s claim to “Get You There,” it’s not uncommon for traveling at the speed of Metro to pose challenges to riders expecting punctuality, which can decrease overall ridership. However, starving transit service to a street impassable to all but the most able-bodied with the largest concentration of government services, all to save a few minutes off routes that don’t even clock as the most delayed, seems an egregious overemphasis of efficiency over utility. Not to mention a completely backwards approach to service equity for low-income and minority riders. Constructing trolley lines up Yesler and through Harborview’s campus would cost the agency millions of dollars, money which could be spent to make improvements along the corridor or to provide additional non-trolley service to Yesler Terrace.

Metro is seeking public feedback on the proposal until July 23rd. The question at hand is if four minutes of efficiency and the costs associated with those delays is a fair or equitable trade for a service that eliminates access to City Hall, the courts and King County services at a time when accessing the government seems more pressing than ever. It gets to the heart of why we have transit service at all, which is to ensure that all people regardless of ability or income are assured access to their government and economy and benefit from the infrastructure society-at-large invests in. This realignment proposal seems to achieve none of those objectives and creates more barriers than it solves. Routes 3 and 4 should stay where they are. 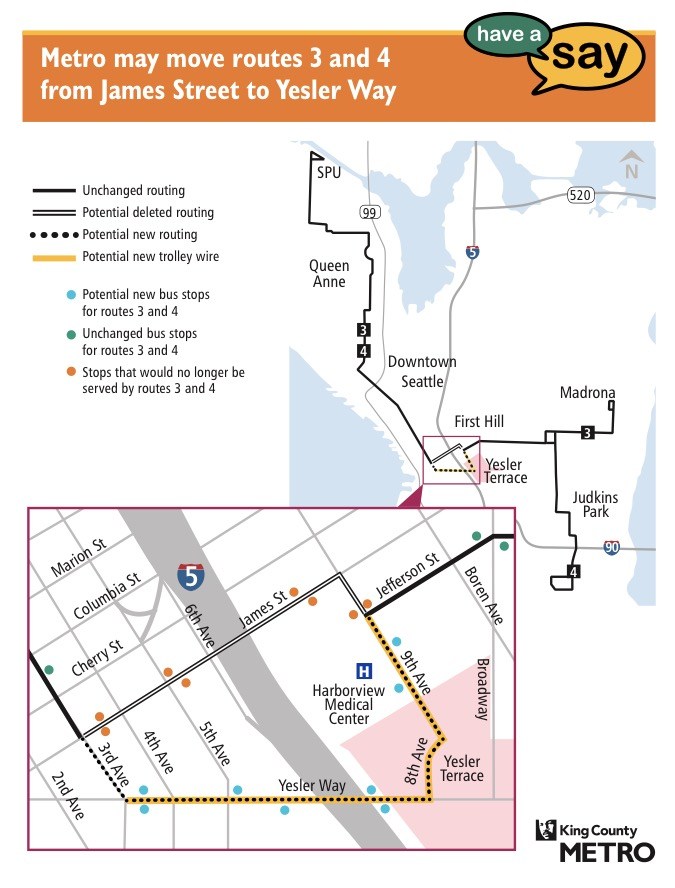 Alex is an advocate for people-centered planning and urban design who works at the neighborhood scale to build a city based on equity, vibrancy, innovation, and cultivation of place attachment. Alex is the Executive Director of the First Hill Improvement Association, and sits on the board of the Freeway Park Association and the Community Involvement Commission—her opinions on The Urbanist are her own. She lives in First Hill with her cat, houseplants, and overflowing library of books about urban planning, design, and placemaking.