Could a new flag bring divided America back together? 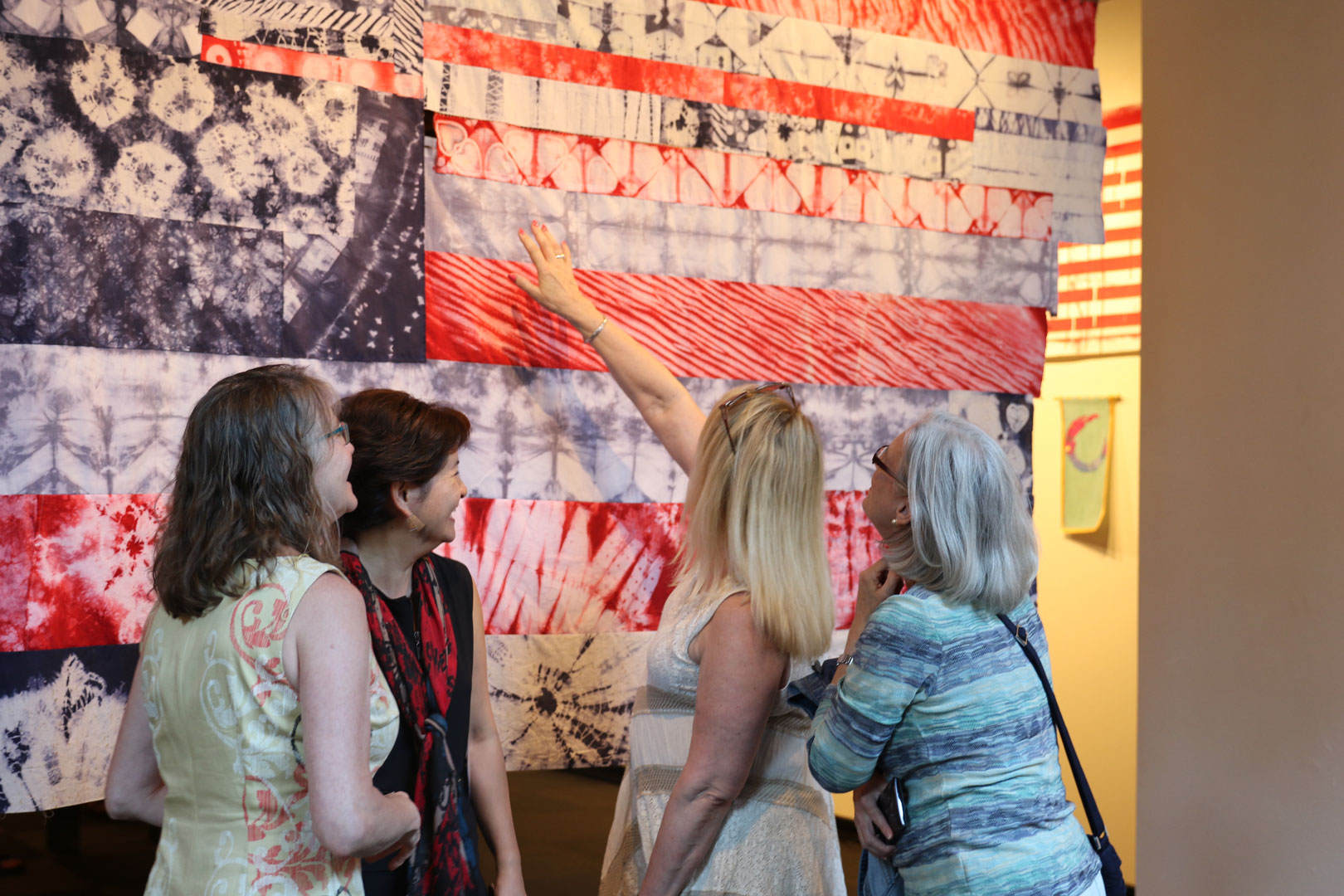 Visitors admire the work of Laura Sinai, one of several artists featured in "What Would Betsy Ross Do? The New American Flag Project" at the ArtXchange Gallery in Seattle.

The morning after Donald Trump was elected as president, Seattle artist Margaret Chodos-Irvine got to work. Creating art was her way of coping with the frustration that she felt after a long and divisive election.

“There was so much opposition and so much conflict going on that I’d been observing,” says Chodos-Irvine.

As if channeling that divisiveness, she began piecing together various fabrics in assorted colors from rough blue denim to fine orange silk. The work began to take shape.

“I looked at it and I thought, ‘I feel like I am redesigning a new flag for the United States.’” It occurred to her that she was onto a much bigger art project.

She posted images of her flag on social media and sent out an email: If Betsy Ross had to redesign the American flag based on today’s political atmosphere, what would she do? (Ross is believed by some to have designed one of the iconic early iterations of the US flag).

The result of Chodos-Irvine’s call out for work is the community art exhibit What Would Betsy Ross Do? The New American Flag Project, currently on display at Pioneer Square’s ArtXchange Gallery through July 29.

Protest is not the theme of the show per se. Chodos-Irvine sought participation from people across the political spectrum.

“I am not a professional artist, but I’ve always done creative things with sewing,” says Laura Sinai, an English teacher at Seattle Central Community College. A quilter, she was trying her hand at dyeing fabric when she received Chodos-Irvine’s email. “Looking at these fabrics I’d just dyed, I was like, ‘These are red, white, and blue - I have to do this.’” For her, the motivation for participating in the show came from “wanting to address what’s going on in our country – the conflict.”

“I am not one of those protest people, you’ll never find me marching down the street,” Carolyn Autenreith, an artist and teacher, says. But, nonetheless, she was motivated to participate in the project and actually introduced it to her students.  She stitched together patches of fabric for her flag, We Are Pieced Together and Made Beautiful. “I immediately thought of going back to my roots in the Midwest and how my ancestors would quilt and would put different fabrics together to make something new.”

“I like to take objects and take their inherent meaning and sort of twist it around or change it,” says artist Holly Ballard Martz. “I had been thinking about the US flag and how it is a symbol of patriotism ... and the idea that the greatest form of patriotism is dissent.” Her Whitewashed piece is her commentary on the apparent rise in hate crimes since the election.

The show includes two works by Somali-American artist Hawo Ali. In Unity Star, Ali says the color white represents peace, which she feels is central to life in the United States.  “The single star represents unity and the red color is for energy,” she adds.