First it was threatened, now could Hanford Reach expand? 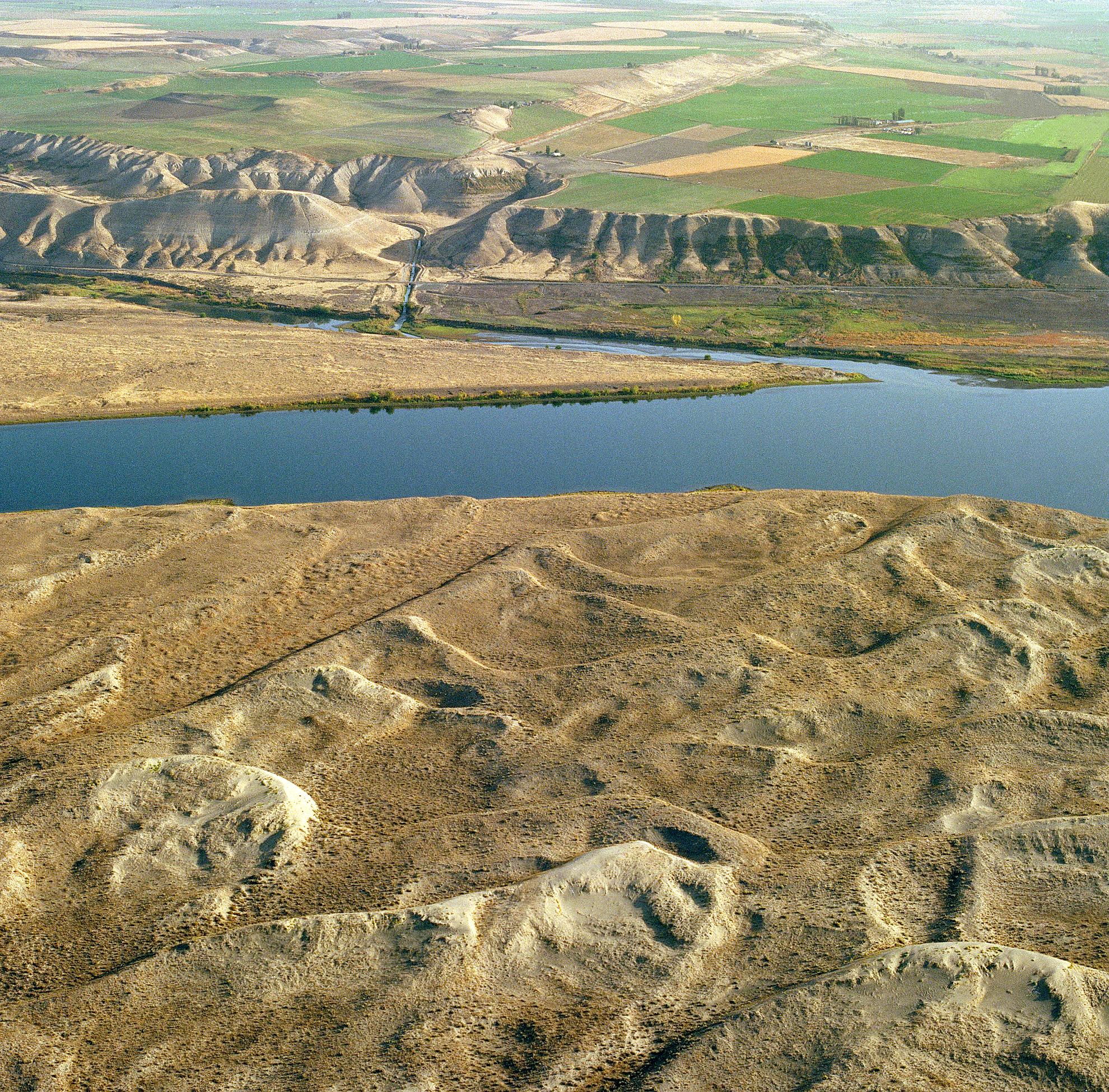 The active sand dunes of the Hanford Reach National Monument march eastward across the desert to the Columbia River.

Some Tri-Citians are pondering whether more land could be added to the Hanford Reach National Monument, now that the area has dodged a Trump administration bullet.

The U.S. Department of Interior announced last week that the 303-square-mile Hanford Reach National Monument will be kept intact. Interior Secretary Ryan Zinke made the decision as part of a review of 27 national monuments. President Donald Trump had ordered the April review to see if they should be shrunk or turned over to state and local governments and other interests.

The administration’s real target in the reviews is likely the 1.35 million-acre Bears Ears National Monument in Utah that former President Barack Obama created in December. Bears Ears is the site of extensive Native American archeological sites and Triassic Age dinosaur fossils, but it has also attracted the interest of mining companies. A Koch Brothers-backed think tank has been one of the major forces advocating to carve out part of the Bears Ears monument.

Hanford Reach includes the most pristine quasi-desert areas in Washington. The region used to be dominated by farm and ranch lands before the federal government removed the residents in 1943 to build the reactor and processing plants that created plutonium for the 1945’s Trinity and Nagasaki atomic bombs. And for centuries, this segment of the Columbia River was a fishing, hunting and cultural crossroad for the tribes that currently make up the Yakama Indian Nation, the Confederated Tribes of the Umatilla Indian Reservation and the Nez Perce Tribe.

The idea of an expansion of the Hanford Reach area is still in the brainstorm stage.

The 303-square-mile national monument is a former security buffer area — shaped somewhat like a cockeyed letter C — that surrounds the site’s nuclear portions. Hanford is highly contaminated and its radioactive water pathways to the Columbia will never be considered for public use. But no nuclear work occurred in much of the site south of the center. That southern non-radioactive portion — away from the river and northwest of the city of Richland — would fill most of the opening in the cockeyed C formed by the national monument.

“We always hoped that might be included in the monument,” Criddle said.

Criddle said she has never heard of any local efforts to remove the monument from federal control. Neither local governments nor business interests expressed any interest in the Hanford Reach being anything but a nature preserve, and the regional daily paper, the Tri-City Herald, editorialized against changing the monument to local control.

Criddle said, “We were confident.” She speculated that the Hanford Reach was arbitrarily put within a list of national monuments exceeding a specific size and which were created since 2000.

U.S. Rep. Dan Newhouse, a Republican who represents the Tri-Cities area, said he was pleased with the decision. But, as the Tri-City Herald noted, he is also pushing the U.S. Fish and Wildlife Service, which is part of the Interior Department, to allow public access to Rattlesnake Mountain. Congress ordered the agency to plan for opening up public access, and the Fish and Wildlife Service has undertaken consultation with Native-American nations on the issue.