One simple idea to open up Downtown Seattle 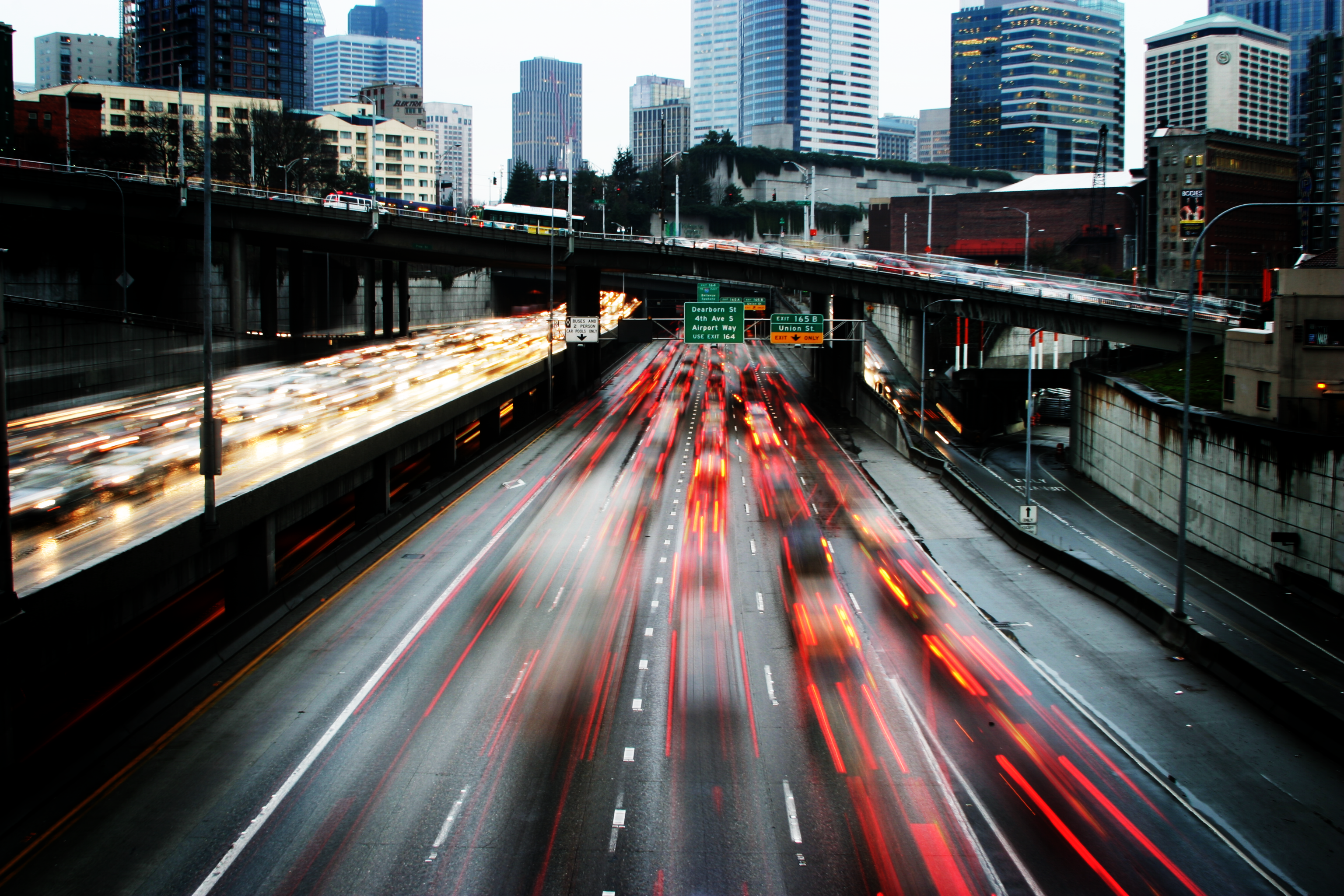 I-5 courses through downtown Seattle

In a city that dreams big, it seems appropriate a meeting about a huge city project would be held in a place called The Cloud Room. It’s a shared workspace above Chop House Row on Capitol Hill. It features a bar open to the public in the evening.

On this early summer night when June gloom has given way to blue-sky sunsets, there’s an open house for folks interested in what would be one of the largest and possibly most consequential civic makeover projects ever undertaken in Seattle: the lidding of I-5, the massive interstate highway that split the city in two when it was constructed in the 1960s. It is a major artery, but also a tear in the urban fabric.

As I-5 gouged its way through the city in the early '60s, protesters objected. The freeway divided neighborhoods, shearing Cascade from Capitol Hill, First Hill from Downtown, Wallingford from the U District, Roosevelt from Green Lake.

Protesters carried "Block the Ditch" signs. They worried about noise, pollution, massive displacement — thousands of homes and businesses were bulldozed to make way for the freeway. Some argued that it should be lidded, but it wasn’t.

Following the completion of the freeway, citizens tried to mitigate the damage. Downtown’s Freeway Park was built over I-5 in 1976, and the adjacent Washington State Convention Center was built over it in the 1980s. Architects have daydreamed about lidding it for years. In the last few years, there’s been renewed interest.

At the Cloud Room gathering, lid proponent Scott Bonjukian walks people through a general lid concept. It’s something the 26-year-old urban planner has been working on since he developed the idea to “bury I-5” while working on his master’s degree at the UW.

How did he get hooked on the concept? “It was probably when I was walking across an overpass one day. To create new land out of thin air, in a place that is almost entirely built out, is a tantalizing opportunity for an urban designer,” he says. He likens his Lid I-5 group’s efforts to the early grassroots efforts to get the makeover of the waterfront underway.

The nonprofit Lid I-5 has been pushing to study lidding the freeway since 2015.

Bonjukian introduces several presenters who offer their visions for what could be. One group talks about a concept called The Equity Line (a play on New York’s High Line Park) that would emphasize affordable housing extending north from near the site of the freeway’s homeless encampment, the Jungle. Another presenter is a UW student whose idea is to place transit-oriented development on a lid in a new urban village over the freeway near Jackson Park at 130th, north of Northgate to capitalize on future arrival of light rail.

A number of factors are driving the idea with renewed energy. One is the need for more open space and developable land within the rapidly growing urban core. Want more open space? See the lids we’ve built over I-90, or are planning for 520 in Montlake.

Lidding I-5 could be a boon for development, too. The cost of building a lid downtown could be as little as half of what it could cost to acquire land at current prices, which is running about $1,000 per square foot or more. In this environment, an expensive lid could actually produce comparatively cheap land.

Divided neighborhoods could be reconnected. Lidding could create space for more affordable housing and offer possible sites for schools or community centers needed to serve the growing urban core. Lids could eventually also form part of a bike and pedestrian corridor, what some wishfully describe as a north-south Burke Gilman trail.

Lidding would most likely involve a series of lids with a mix of public and private uses. A private lidding project, Capitol Crossing in Washington, DC, will lid seven acres of I-395 with five mixed-use high-rises in a complex expected to contribute some 8,000 jobs and $40 million per year in taxes. It’s a $1 billion-plus project.

Whatever the concepts, Bonjukian says what Lid I-5 wants first is a technical feasibility study, which he says the city’s Office of Planning and Community Development has agreed to lead if funding can be found. He says it will take at least $1 million to do one and the group has been offered $300,000 from the new Washington state’s Convention Center expansion as part of its city-approved public benefits package, which will likely come before the city council early next year.

In addition, Lid I-5 will sponsor a public charrette this fall to look at lid concepts for the ditch between NE 45th and 50th streets in Wallingford and the U District. Architects, planners and the public will get together to brainstorm and visualize possibilities (some earlier lid concepts can be found here). Lid I-5 has identified multiple freeway segments for possible study ranging from Georgetown to Northgate.

The scale of lidding I-5 is huge with costs in the billions in public money and private investment. But the payback in terms of housing, amenities and open space — not to mention a larger tax base — could be enormous. Getting rid of the ditch could be as important as building it in the first place.