No deal on well drilling, so no deal on capital budget 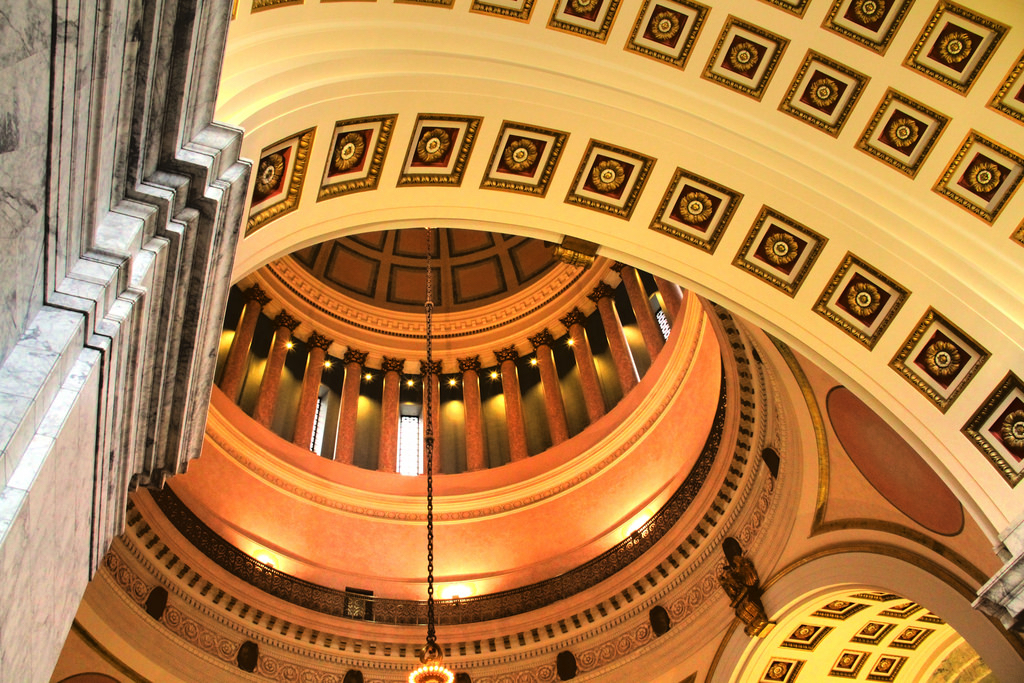 The dome of the state Capitol Building.

The University of Washington lost out on more than $130 million in state construction money Wednesday due to legislative Democrats and Republicans being unable to resolve an unrelated water rights dispute.

The capital budget also includes more than $900 million for school construction projects and another $100 million for mental health facilities.

Legislative bargaining went south Wednesday afternoon as the Legislature prepared to end its third special session of the year on Thursday. Unless there's some last-minute reversal or Gov. Jay Inslee calls a new session, perhaps later in the year, projects may be put on long-term hold or only have partial funding, such as from local governments.

On one side are talks on how to deal with a 2016 Washington Supreme Court decision — the so-called Hirst ruling— that blocks landowners from digging new wells without proving they won’t threaten nearby stream levels needed for fish. The ruling has essentially halted construction of homes and businesses in many rural areas.

After six months of talks to find a compromise measure that would help landowners and rural communities without harming fish, both political parties called it quits Wednesday afternoon.

On the other side, the GOP Senate caucus said it would not pass a $4 billion capital budget — both sides agreed on actual projects and appropriations — without a permanent solution to the rural-wells problem. Senate Republicans are sticking to that stance, said Sen. Jim Honeyford, R-Sunnyside and chair of the Senate Capital Budget Committee.

“If we’re not holding up the capital budget, there will be no Hirst solution,” he said Wednesday.

The House Democrats proposed a short-term compromise to put a two-year delay on enforcing the Hirst ruling while the two sides work more on a final solution — meaning wells could be dug regardless of the stream implications during those two years. The GOP rejected that offer. “That just kicks the can down the road. We need a permanent solution,” Honeyford said.

Gov. Jay Inslee said in a press release: "At this point, a 24-month delay is the best approach to give the legislature time to evaluate a permanent fix while giving suffering property owners immediate relief.

This unresolved impasse has a couple potential political blowbacks for Republicans. One is that Republican legislative districts would lose out on construction money as much as the Democratic districts.

Secondly, there is a November special election for a senator to permanently replace the late Sen. Andy Hill, R-Redmond, in the 45th District. Whichever side wins that election will have a 25-24 majority in the Senate. If the Democrats win in the 45th, that would mean control of the House, Senate and governor’s office — and the Senate GOP wouldn’t have the clout to renew the Hirst negotiations.

Still, Republicans have been straightforward about their view of the need for a solution to the wells question before they release the capital budget.

A major sticking point in the final talks was that the Democrats wanted tribes or the state Ecology Department to have the power to veto any well-digging project if formal objections are raised. “Otherwise, you could put in new wells without a limiting mechanism. … There has to be some accountability,” said Rep. Derek Stanford, D-Bothell, one of the Democratic leaders on this topic. Inslee supported this stance.

That was a deal-breaker for Republicans. The GOP proposal was if objections were formally raised to Ecology, the state could cut off any state money to the project, but would not be allowed to veto it. As a sweetener, Republican offered to increase well-digging permit fees or allocate another $10 million for fish mitigation work.

The state capital budget contains a long list of appropriations for general state-bolstered construction and maintenance work around Washington, outside the transportation sector. The transportation budget was already approved.

For Seattle, the University of Washington money included $24 million for upgrades at the Burke Museum. Several other Seattle construction projects, from classical music venues to a Filipino community center, also face the loss of state money. Other lost appropriations include $48 million for Puget Sound restoration projects.