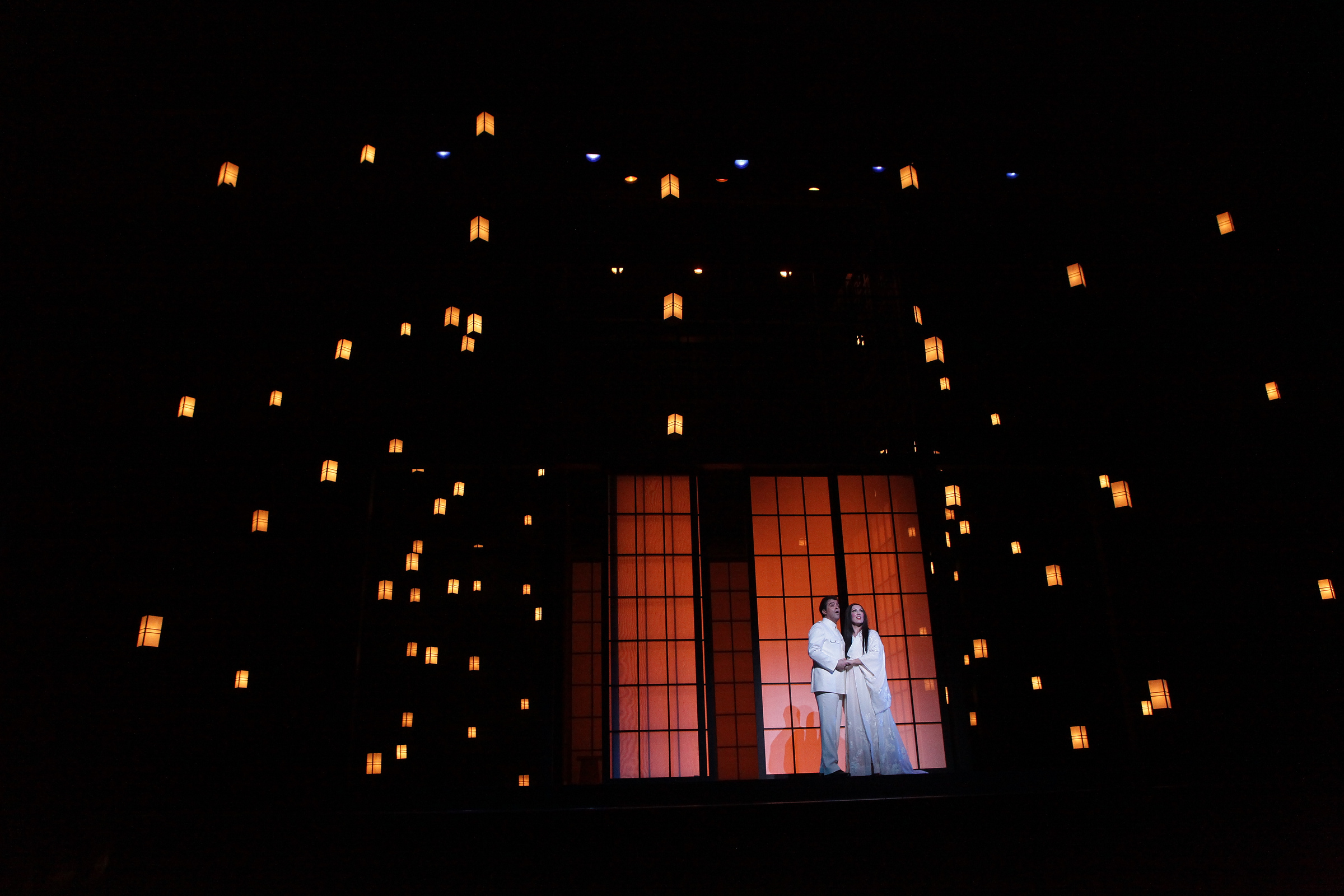 On stage at Seattle Opera next month is “Madame Butterfly,” the Giacomo Puccini classic about a 15-year-old Japanese maiden and her U.S. Naval officer husband that ends in tragedy. Seattle Opera decided five years ago to present this New Zealand Opera production, acclaimed as “visually stunning.”

But since then, the Seattle arts community faced a vigorous political push and pull in 2014 over the Seattle Gilbert & Sullivan Society’s production of “The Mikado,” an 1885 musical farce set in Japan. A Seattle Times op-ed lambasted the production, which had no Asian cast members, as “yellowface in your face.” Asian Americans, as well as other community members, picketed the production and the local uproar to the editorial — both pro and con —brought national media attention. The theater community subsequently initiated an open forum about cultural appropriation and sensitivity in casting.

Now mindful of that three-year-old controversy and how its “Madame Butterfly” treads on equally sensitive ground with its stereotypes and its casting of non-Asians in Asian roles, the Opera is taking steps to heed community concerns.

“As a historically white and European art form, opera has a history of using cultural appropriation to tell stories, and placing more emphasis on the voice in casting,” the Opera notes on its website about its upcoming production. “We are seizing this opportunity to encourage discussion and deepen our understanding about this important subject matter.”

To that end, before the production opens, the Opera hosted a community forum last Sunday with eight Asian American and Pacific Islander theater professionals and critics. At the crux of the discussion were questions about casting and the racism and misogyny directed toward the character of Cio-Cio San, the Japanese maiden.

Moderator Frank Abe, a film producer and former radio reporter, pointed out that there were two kinds of people in attendance: those who love this opera and are new to this critical discussion, and those who do not think the discussion goes far enough and wish to cancel the production for its cultural appropriation and racial caricatures. He pointed out how a number of the 90 or so people in the audience were from the Seattle Opera Board of Directors and staff who came to listen and learn.

“The problem is not the story but the repetition of it,” said LeiLani Nishime, University of Washington communication professor. “The story was written at a time of American imperialism and interest in Asia. But what does it mean to still be comfortable with this view of Asia? We keep telling these stories.” The opera premiered in Milan in 1904.

“There are ways that you are appropriating this story and benefitting from it,” said Jenny Ku, a burlesque performance artist known as The Shanghai Pearl, addressing the opera company directly. “Ask yourself how you are benefitting from this?”

Dancer Angel Alviar-Langley noted how she doesn’t see herself at all in the story. “Cultural appropriation is like you see in hip- hop all the time. Black culture is being appropriated by non-black hip-hop dance teachers and they’re financially benefitting from this with not enough reciprocation coming back to the originators. How are you doing something that is not harmful with this opera?”

And even when there are Asian-specific roles, the storylines are limited, argued Kathy Hsieh, a local actor and director who works with the City of Seattle’s Office of Arts & Culture. In “Madame Butterfly,” for example, the young protagonist is manipulated by the American naval officer with no will of her own. What are we teaching young girls? That you have to be pretty and have no agency in your own lives? There are so many better stories that could be told.”

Karl Reyes, a Filipino American who is part of the Seattle Opera chorus, told the audience how he is often typecast for certain roles, such as Goro, the Japanese character who is the matchmaker in "Madame Butterfly." He said opera companies have been reluctant to cast him in lead roles. “It’s only after I work with a company for a while that they see what potential I have as a character tenor.”

Panelist Matthew Osawa, opera stage director and a fourth-generation Japanese American from Chicago, said he has turned down jobs directing operas with stereotypical treatment of Asians, such as “Turandot” (another popular Puccini opera that is set in China and features a Chinese princess and a Persian prince.) But even with something like “Madame Butterfly,” he noted, changes can be made to be more culturally appropriate. When he recently directed a production for the Arizona Opera, Osawa hired a racially diverse cast and he changed the role of Kate Pinkerton, an American woman, from a savior of Butterfly’s child into a more menacing character.

He also changed the opera’s death scene from a prolonged ritual suicide — which evokes Japanese stereotypes of suicide —into a quicker scene. “I deeply love opera,” he said, “but I have been conflicted over this. It’s a difficult career path. I’m actually lucky to be in opera and I applaud this discussion you are having here.”

For its upcoming Seattle Opera production, the role of Butterfly will now feature a soprano from Japan (Yasko Sato) in the alternate cast. “We’ve added educational material in the lobby of McCaw Hall to give the background of the play’s origins,” said Barbara Lynne Jamison, the company’s director of education and community engagement. “We are committed to continuing the dialogue to be more equitable and diverse.”

The production will also not attempt to change a given singer's race through wig or makeup.

Seattle Opera’s “Madame Butterfly” opens Aug. 5. Other opera-related community engagement events include a July 28 performance of three short plays by Asian American female playwrights and “An American Dream,” a new opera focusing on the incarceration of Japanese Americans during World War II, which will premiere this fall.

Mayumi Tsutakawa is a freelance arts writer in Seattle. She has co-edited several multicultural literary anthologies, including The Forbidden Stitch: Asian American Women's Literary Anthology (Calyx Books) which received the Before Columbus Foundation’s American Book Award. She edited They Painted from their Hearts (Wing Luke Asian Museum) and also Edge Walking on the Western Rim, (Sasquatch Books). Mayumi is a presenter with the Humanities Washington Speaker’s Bureau and focuses on immigrant stories and political challenges faced by Japanese Americans in Washington State.