Surviving prostitution: 'Violence was my experience' 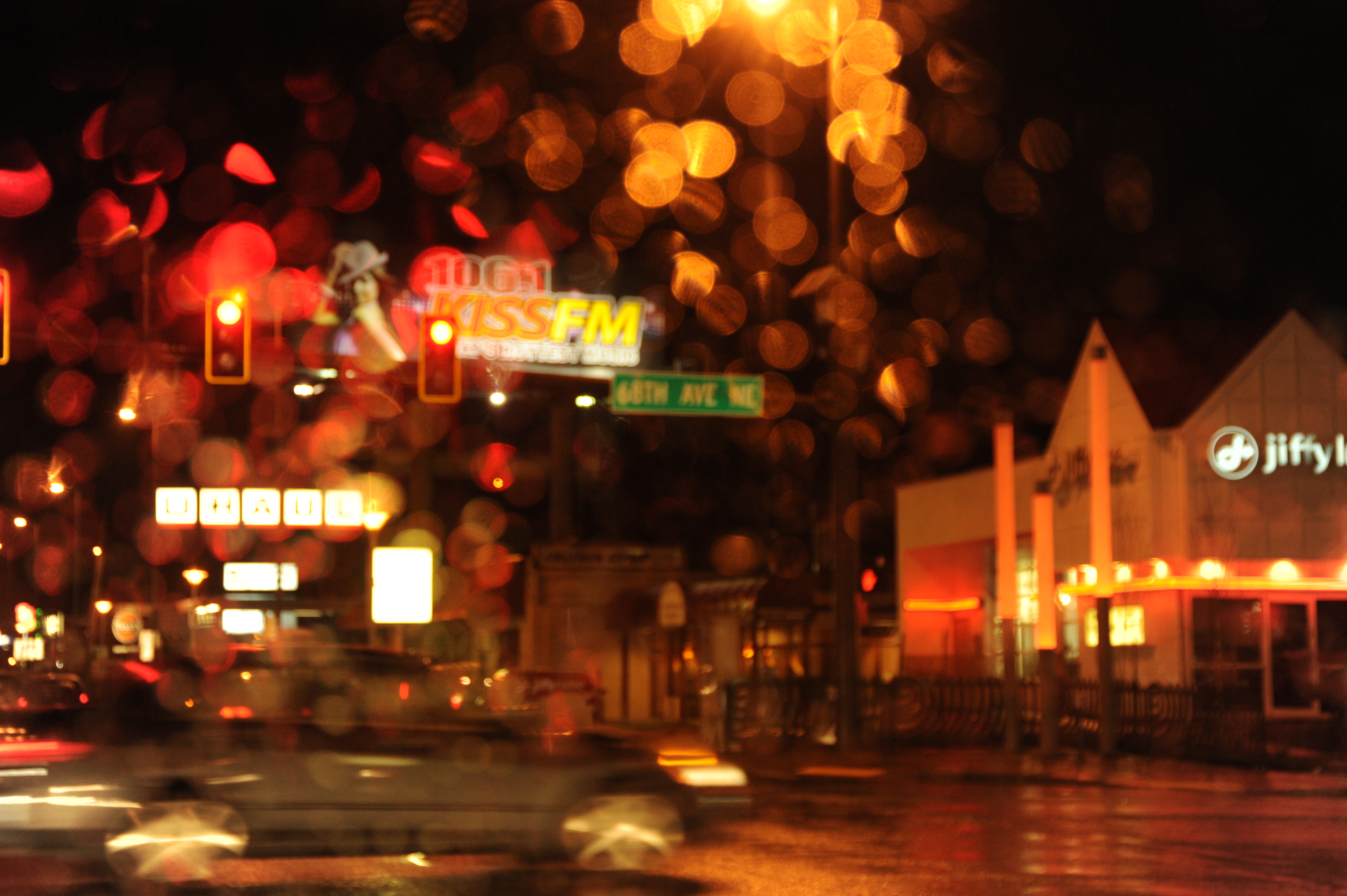 A photo of Aurora Avenue, which has long been a center of prostitution in Seattle.

I hate maroon. Motels have some sort of preoccupation with the color maroon. The carpets are maroon, the lamps are maroon, even the shower stalls seem to have a maroon tint to them. Most of all I hate the maroon comforters, thin as the motel room sheets with big plastic threads running through them. There’s always one you know is going to poke you in the ass.

When I was in prostitution, I spent a fair amount of time staring at the maroon surroundings of a cheap, popular motel off I-5 near Everett. If I was lucky, the female pimp I worked for would leave an hour or two free between johns, and I’d get the opportunity to try to ignore my surroundings, losing myself in a Law and Order Special Victims Unit episode. This all after my self-administered fourth or fifth disinfecting shower that day.

The irony of being addicted to a show like Special Victims Unit, where the majority of victims are prostituted women like I was, wasn’t completely lost on me at the time. After watching a particularly gruesome episode, the fear I always felt would elicit a stronger-than-usual tension in my chest when the next buyer would knock on the door. It’s not surprising: We are the most likely victims of homicide.

One study states that from 1981 to 1990, U.S. women in prostitution were 18 times more likely to be murdered than their square world counterparts. The reality is, I didn’t know who was going to knock on the door next, buyers were all the same potentiality for violence. Gary Ridgeway, the Green River Killer who murdered 48 prostituted women and girls here in Seattle, was a sex buyer. So was Robert Pickton, Rurik Jutting, Joel Rifkin and countless others. There’s no difference between the average, everyday sex buyer and these men. They are no less horrifying, and women in the life like I was will fear them regardless.

At the end of June, the Seattle Police Department held a sting against sex buyers. Among the 138 booked on exploitation charges were two sex offenders, one of whom was a convicted child molester. One buyer was carrying meth, and another came to the sting operation armed with a gun, knife and a pair of handcuffs. Over 80 percent of prostituted women in one study reported being physically assaulted and/or threatened with a weapon, and nearly 70 percent reported rape. The odds don’t lean in a prostituted woman’s favor. I’d love to sugarcoat it all and say this violence wasn’t my experience, but there’s no putting lipstick on this pig. Violence was my experience, and to be honest, it is the majority of other women and girls' experiences within prostitution too.

If you are a sex buyer reading this, maybe you’re thinking to yourself, “I’m nothing like those guys.” But I want to let you in on a little secret: If you’re buying sex, you are only contributing to the fear. You are contributing to the larger problem by fueling the sex trade and perpetuating violence against women. The only individuals benefiting from your sex buying are pimps and sex traffickers. When 90 percent of prostituted women in one study reported being controlled, it’s hard to deny that it’s pretty damn likely a regular sex buyer has bought a trafficking victim for sex at one point or another.

Let me be perfectly clear for those who may not have my experience as a prostituted woman: No one chooses prostitution. It’s not a job like any other. Sure, there are some self-proclaimed sex workers who will tell you it is, but I’ve been working at the Organization for Prostitution Survivors (OPS) for nearly five years now. What I hear repeatedly from women all over the country — from every walk of life, race and orientation — are stories of rape, beatings and violence beyond what is sanitary for any printed media to publish.

The choices one faces when entering prostitution are never free or broad. There is always constraint, whether that be poverty or pimp control. The choice to enter the life is a choice that is no choice at all. If you’re like me and the other 65 to 90 percent of women in the life who’ve experienced childhood sexual abuse, choosing prostitution is akin to having the freedom only to choose the venue of your inevitable next rape.

Women like me who have been through prostitution don’t need studies and statistics to remind us that sex buyers can be dangerous. Before the end of my first day working out of that motel, my legs and arms were covered in bruises, and my scalp and neck hurt from buyers violently thrusting my head back by my hair. That was just some of the physical pain; I won’t go into the dead, hollow feeling that had begun taking shape in my mind. Not a day went by that I didn’t encounter at least one buyer who seemed oblivious to the obvious pain I was in — or maybe they simply enjoyed seeing that pain. Sex buyers see women in prostitution as objects, not as human beings with feelings, emotions and lives greater than the sum between their thighs. The men arrested in last month's sting are no different.

It took a mental and physical breakdown to get me out of the life, and it took the better part of a decade for me to seek out help for the nightmares, flashbacks, insomnia, depression and dissociation all linked to my post-traumatic stress disorder diagnosis. But I did get help.

Not all women or girls have access to that help. The Administration of Child, Youth and Family Services estimates that in cases of commercial sexual exploitation of children, about 50 to 90 percent get lucky and find services. However, even with those services, let’s get real here; we don’t all make it out alive. 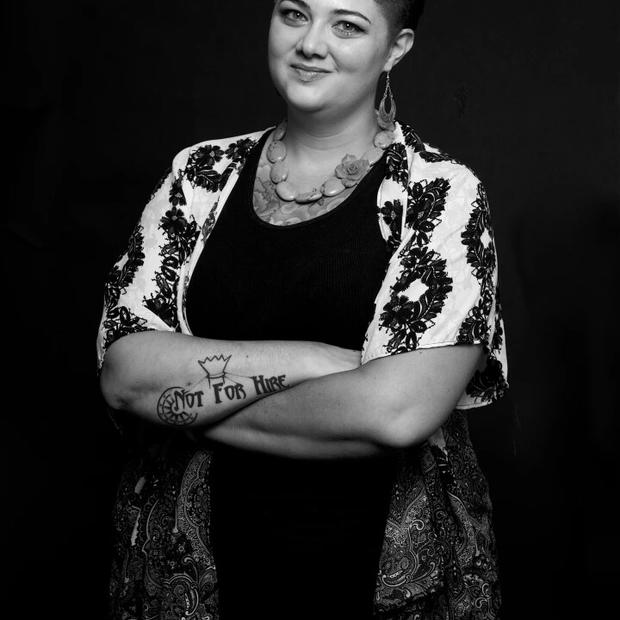 Alisa Bernard is the contracted Survivor Advocacy Coordinator for the Organization for Prostitution Survivors (OPS) where she created a new model 12 class mentoring series for survivors of commercial sexual exploitation (CSE). She is a candidate for the Masters of Public Administration degree from the University of Washington’s Evan’s School. Since exiting prostitution she has advised to, developed content for, and provided training to numerous organizations and agencies across the US and sits on King County’s Ending Exploitation Collaborative team. She uses her lived experiences of CSE, teen homelessness, domestic violence and childhood sexual abuse as a lens to look through and advise public and private agencies working against CSE.