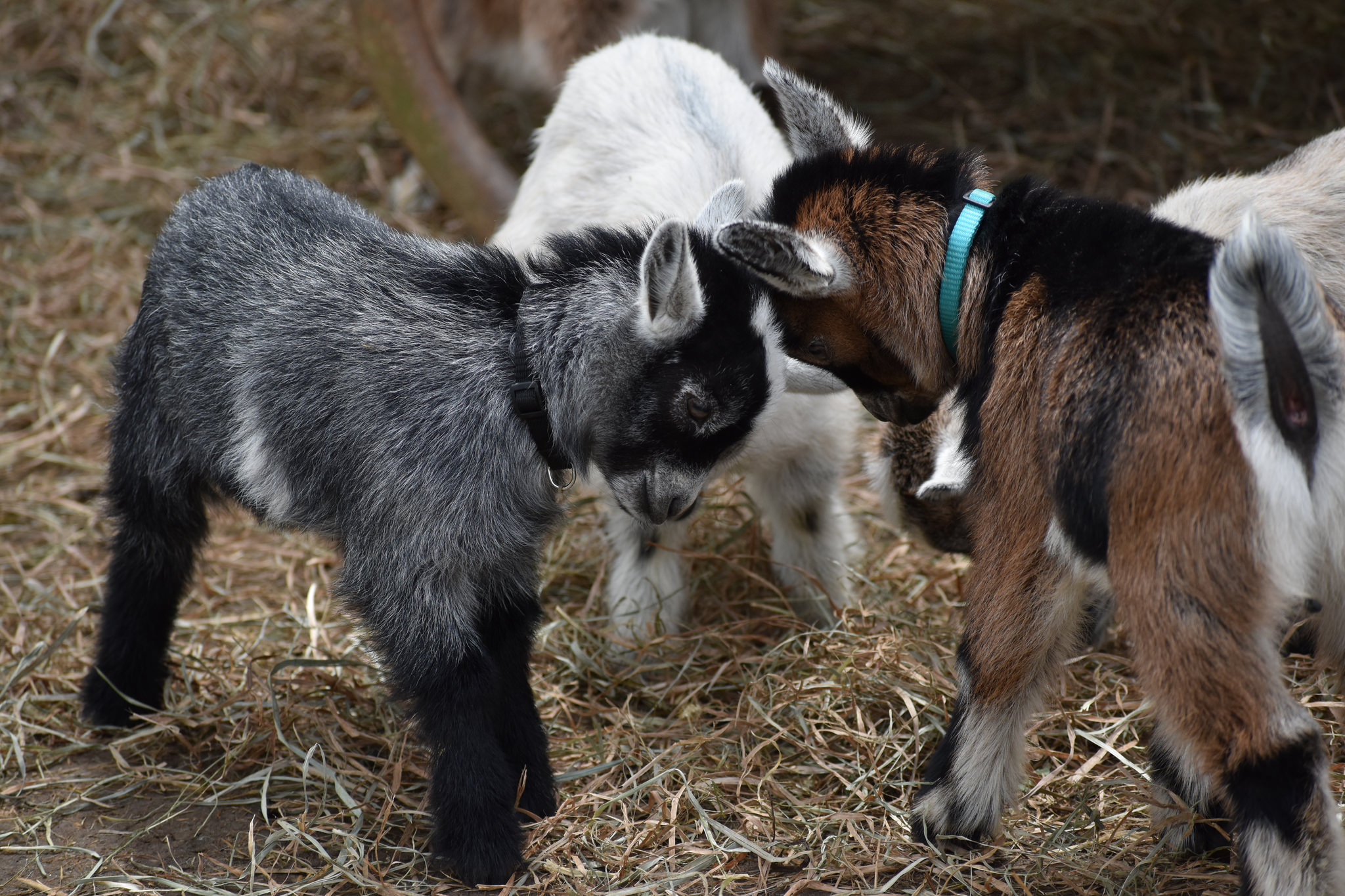 Last month, a herd of goats was stationed near the I-5 underpass in the U-District, dutifully eating away the overgrown brush. I wasn’t the only one taken by the surprise dwellers: Drivers swerved to the side of the road, bicyclists stopped to take selfies, others still gathered by the fence to get close to the goats. For more goats, head to the Goatalympics, billed as “all about having fun with pet goats.” Watch goats and their people compete in foot races, obstacle courses and contests for "Best Trick," "Most Spots" and "Longest Beard." Plus, costume contests and more GOATS!

The hottest ticket in Seattle right now is to take in art created by a Japanese woman who is 88 years old. Seattle Art Museum’s “Infinity Mirrors” celebrates the immersive and interactive works of Yayoi Kusama in an exhibit that’s equal parts fun, meditative and mind bending. Visitors can step into one of her Infinity Mirror Rooms and contemplate the power of seeing their own image — or giant pumpkins, or pink spheres, or phallic-looking sculptures — reflected back an immeasurable amount of times. (To take or not take a selfie? — that is the question you need to ask yourself because you’re only allowed 20 seconds inside these rooms). You also need to ask yourself if you want to stand in line hours before SAM opens with hopes of scoring a day-of ticket; all advance tickets are sold out.  I say, Yes, yes, you should stand in line because a spectacle like this one obliterates reality, taking you down a rabbit hole of the surreal. Might just be the escape you’re craving this summer.

If you go: Infinity Mirrors, Seattle Art Museum, through Sept. 10 (Limited number of tickets available day of; $35 exhibit tickets does not include museum entry)–F.D.

Growing up Italian-American, an appreciation for bocce ball was as big a requirement as having your own family marinara recipe or relative named Vito (I have two). It’s outside, anyone can have a good game, and it’s highly addictive. Head to Magnuson Park da solo or con ti amici for an afternoon of bocce, which raises money for Arc of King County, a nonprofit working to advance the civil rights of people with intellectual and developmental disabilities.

The Future of Film is Feminist

The future is female, the Womxn’s March told us. Now arrives a festival to let us know the future of film is feminist. One night of storytelling that spotlights female-identified filmmakers who aim to upend the industry. An event produced by Reel Grrls, Northwest Film Forum and NFFTY (National Film Festival for Talented Youth). And, it’s free.

If you go: The Future of Film is Feminist, Neptune Theater, July 13 (Free)—F.D.

Head to Seattle-based outfitter Filson for a night about interesting excursions in the Pacific Northwest. Co-sponsored by the Seattle Obscura Society, the panel will include outdoor adventure journalist Peter Potterfield, astrophysicist Anand Thirumalai, and Harriet Baskas, author of Washington Curiosities. They'll indulge you in tips on stargazing, backcountry hiking spots and more. Always another plus: Refreshments will be provided.