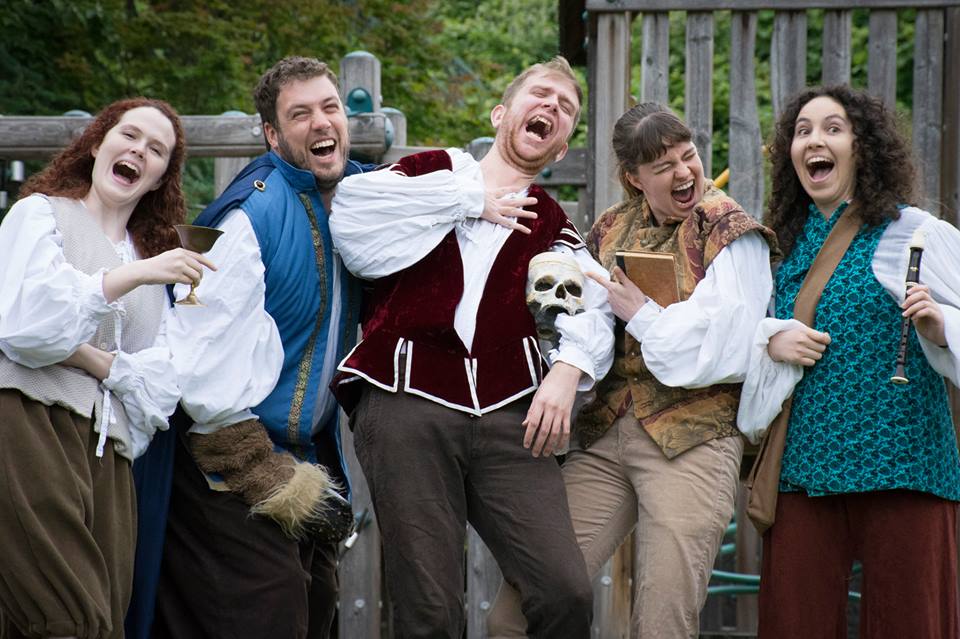 Three stages, 10 theater companies, 16 performances — all over two days, this weekend at Volunteer Park! 14/48 will be presenting Coyote Tails, a play based on Southwestern Navajo tales, while Theater Schmeater will be putting on a 2-person rendition of the family-friendly The Lion, The Witch, and the Wardrobe. And, of course, there will be Shakespeare (oh, so much Shakespeare) — traditional, from Much Ado About Nothing to Richard II, and some improvised Shakespeare-inspired comedy by Jet City Improv.

A couple years ago, the New York Times Modern Love column ran a fascinating article called “To Fall in Love with Anyone, Do This.” The article’s author, Mandy Len Catron, posited that perhaps love is more scientific than many of us like to think, and in fact can be achieved by asking and answering 36 specific questions, and silently staring into someone’s eyes for four uninterrupted minutes. Now Catron is in town to read from her new memoir How To Fall in Love with Anyone, that challenges how we, as individuals and as a culture, think and talk about love.

The weather could not be better for the Summer at SAM Kickoff, presented in partnership with the upcoming South Seattle community space and restaurant Black and Tan Hall. Celebrate 10 years of the Olympic Sculpture Park with all of the things that make this free outfit of the Seattle Art Museum so wonderful: danceable live music, local artist-led tours, food trucks and hands-on activities, like creating your own spectacles. This is the first of many fun Thursdays and Saturdays to come, with rotating music and activities (including free yoga with 8 Limbs on Saturdays) all summer. Pencil in DOG NIGHT for Thursday, Aug. 3.

If you go: Dragon Fest, Chinatown/International District, July 15 and 16  (Free)—F.D.

eSe Teatro presents a play by Maria Irene Fornés about a love triangle between three people living on the margins and struggling to survive. Featuring an entirely Latino/a cast and creative team, the run will include select performances in Spanish.  Rose Cano directs the production, which will be shown in The Slate Theatre, in Seattle’s historic INS building. Cano first translated the story into English for performances in Lima, Peru in 1990.

If you go: MUD (Barro), The Slate Theatre, July 13-30 (check website for English or Spanish-language performances)($20)—F.D.