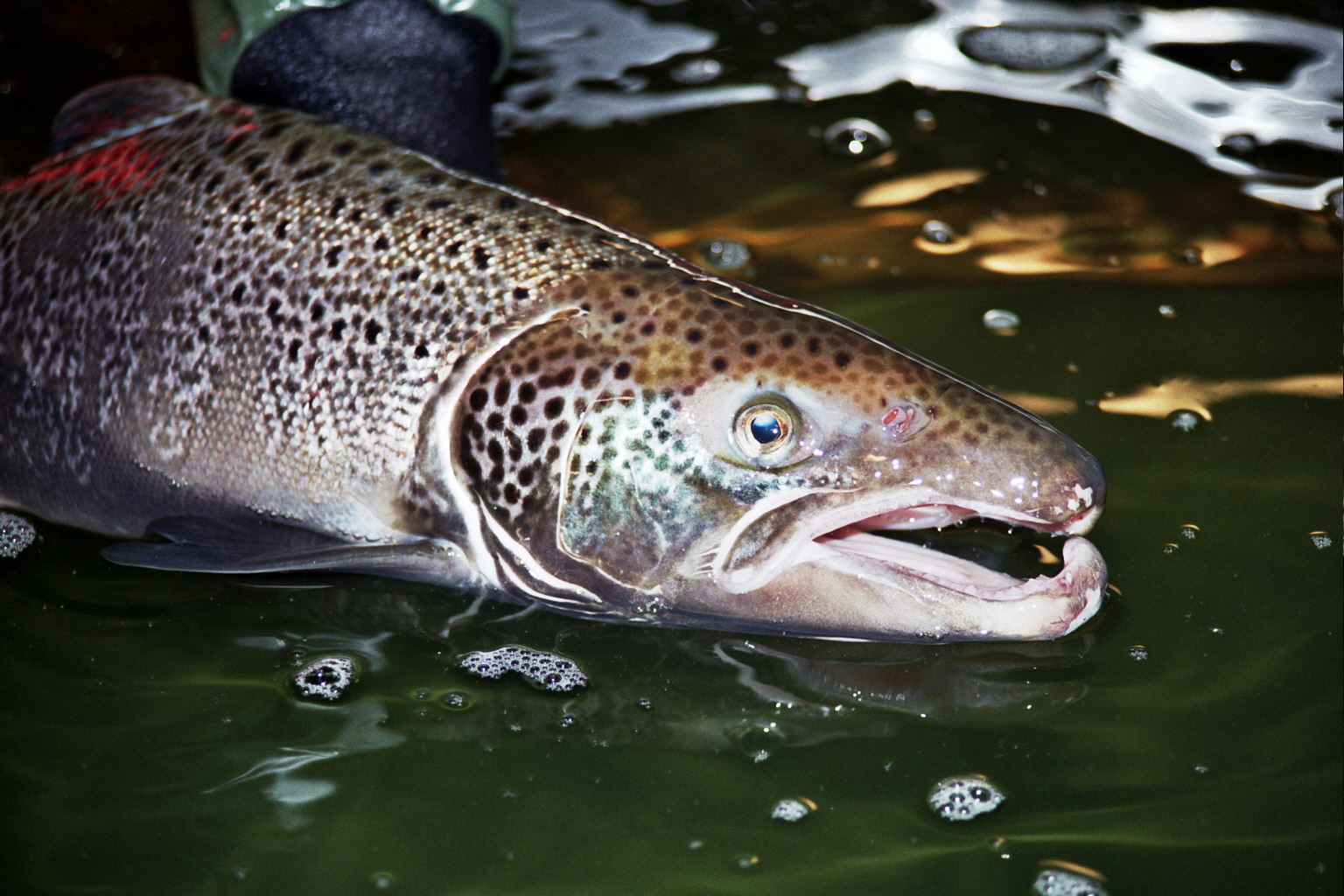 Lummi Tribal fishermen fishing near Samish south of Bellingham Bay have already reported catching some of the thousands of Atlantic salmon escapees that fled a Cooke Aquaculture fish farm over the weekend.

On Monday, state fisheries issued a free-for-all emergency sport-fishing bounty on an unknown number of farm-raised Atlantic salmon that escaped from net pens in Deepwater Bay, located on the east side of Cypress Island in the San Juan Islands. The Cooke Aquaculture net pen holds about 305,000 fish averaging eight to ten pounds each, a news release said.

But Tribal fishery managers disagree about what might have caused the accident reported to Fish and Wildlife on Saturday, Aug. 19.

“I don’t understand why they claim the big tidal exchange is to blame since we’ve recently had bigger tidal exchanges,” said Casey Ruff, the management director of the Skagit River System Cooperative, a tribal natural resource management group for the Sauk-Suiattle Indian Tribe and the Swinomish Indian Tribal Community. “If that was the case then this failure should’ve happened earlier. We have surveyors out keeping an eye on the spawning grounds since currently there are no fisheries in the [Skagit] rivers.”

Ruff’s concern has raised a red flag for many Puget Sound tribes as Cooke considers placing another net-pen farm in the eastern Strait of Juan de Fuca near Port Angeles.

“Amongst the tribes, these net pen operations have been a big concern, and we have grave issues with their proposed expansion and negative effects to wild salmon resources,” Ruff said. “Our hope is the Department of Ecology comes up with a best management framework for these operations trying to get permits to expand.”

The tribes are most concerned that the escaped Atlantic salmon may negatively impact native Puget Sound salmon stocks by competing for food and/or possibly passing along disease. Some of the native salmon stocks are listed under the Endangered Species Act.

State Fish and Wildlife is also concerned about the impact these escaped Atlantic salmon might have on the ecosystem. “Our first concern, of course, is to protect native fish species,” said Ron Warren, head of WDFW’s Fish Program, in a press release issued Tuesday. “So we’d like to see as many of these escaped fish caught as possible.”

The department is monitoring the situation and crafting a spill-response plan with Cooke. It is also investigating whether this was eclipse and/or tidal-related — or not.

In the meantime, state fisheries are asking sport anglers who are fishing in open marine areas like the San Juan Islands and Bellingham Bay, as well as in nearby rivers, to keep as many Atlantic salmon as possible — and to report their catch immediately to a hotline at 360-902-2700.

“We’d like to gather as much information as possible on where folks are catching them, and how far they have dispersed from the net pen area,” said Ryan Lothrop, the state Fish and Wildlife Puget Sound recreational salmon manager. “Also, if anglers figure out how to catch them, we’d like to know what technique works best.”

Anglers must possess a valid fishing license (to catch salmon in saltwater and trout in freshwater), and there is no daily catch, possession or size limit on Atlantic salmon caught in open anadromous waters. Anglers must stop fishing for Atlantic salmon once they attain a daily limit on other salmon species.

An Atlantic salmon is identifiable by the large spots on the gill cover. There is no silver on the tail, and the dorsal, ventricle, and tail fins are likely eroded from containment in net pens.

Anglers who catch Atlantic salmon, and who want to deliver the fish or its head to the department for research purposes, are asked to call the hotline.

There have been previous escapes of Atlantic salmon from commercial net pens in Puget Sound in the mid-to-late 1990s. 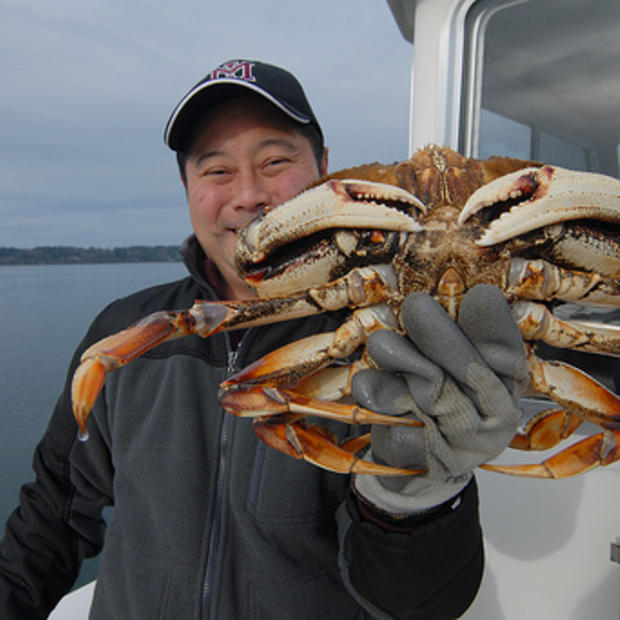 Mark Yuasa is a freelance writer and a guest radio host and blogger on KIRO/ESPN 710 AM The Outdoors Line and Northwest Sportsman Magazine. Mark spent 33 years at The Seattle Times and wrote the outdoors column for 25 years.