Both hotbeds of resistance, what Seattle can learn from Detroit 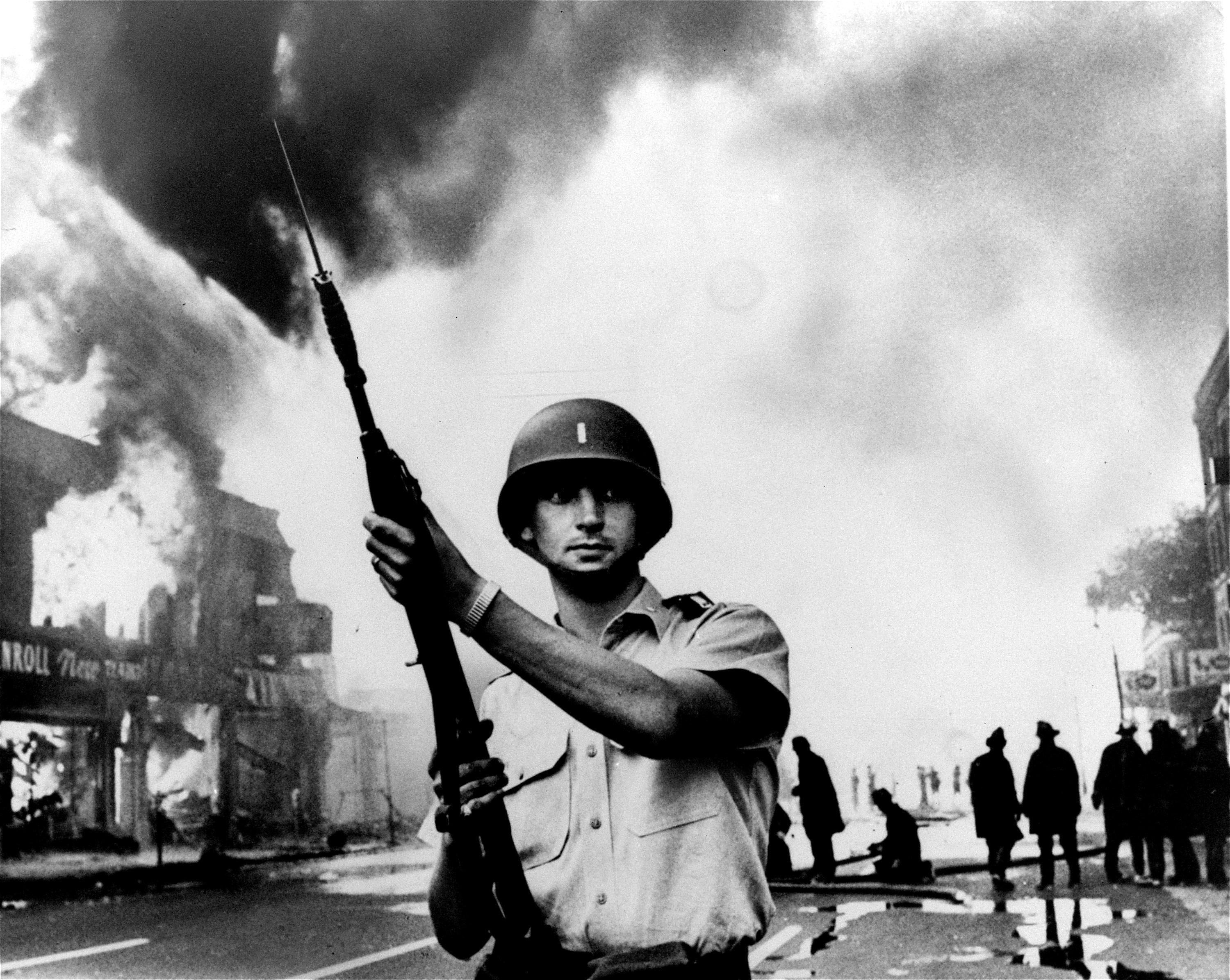 FILE - In this July 1967 file photo, a National Guardsman stands at a Detroit intersection during riots in the city. Detroit wasn't the first of the riots in the summer of 1967, and it was far from the last. Buffalo, New York, and Newark, New Jersey, preceded it; in the course of the summer, more than 150 cases of civil unrest erupted across the United States.

Three years ago, I arrived in Seattle after spending the past fourteen years living in and around Detroit. On the surface, the two cities seemed to be polar opposites. Detroit was mired in unemployment, foreclosures, vacant lots and what would become the largest municipal bankruptcy in U.S. history. Seattle was in the midst of a long-running tech boom and acting as a magnet for capital and highly-skilled professionals from around the world.

Detroiters were protesting deprivation: layoffs, water shutoffs and cuts to pensions and benefits. Seattle’s protests, from the 1999 demonstrations against the World Trade Organization to the more recent fight for a $15 minimum wage, more directly reflected the unprecedented wealth and investment the city has generated.

In the big picture, however, Detroit and Seattle are two sides of the same coin. Together, they reflect the extremes of racial and economic polarization and inequality resulting from a 50-year process of corporate globalization and a right-wing policy shift. While Detroit has faced severe problems related to police brutality, equity within the schools and the undue influence of billionaire developers, these same problems are easily visible when one scratches beneath the surface of prosperity in Seattle.

In The Fifty-Year Rebellion: How the U.S. Political Crisis Began in Detroit, I argue that the underlying contradictions that set off the 1967 Detroit rebellion and dozens of others across the nation have never been properly resolved. We are thus living through an extended period of crisis that may look different in various locales but is structural and systemic in nature. In no small measure, this crisis is the result of CEOs and Wall Street bankers seeking inflated profits through outsourcing, privatization, the exploitation of precarious workers and intense lobbying for “business-friendly” policies.

However, this crisis also reflects the political system’s inability to address the matters of race, class, gender, sexuality, ability and ecology that social movements have forced society to confront on a heightened scale since the 1960s. A half-century ago, the urban “riots” that Dr. Martin Luther King Jr. called “the language of the unheard” thrust a new set of issues to the forefront of political debate. The dedicated community organizing of thousands of grassroots activists has expanded the breadth and depth of struggle even further.

The limits of representative democracy and the erosion of the political “establishment” have given rise to dramatic developments that are defying norms for better or worse. After the Tea Party “wave” election of 2010, the Michigan Republicans assumed one-party rule over state government with dire implications for Detroit. In particular, the state instituted a controversial law granting the governor the authority to strip municipalities of local government by placing all powers within the hands of a single, unelected “emergency manager.”

Carried out under this law, Detroit’s bankruptcy in 2013-14 was far from a bailout. It was instead an opportunity for corporate lawyers and consultants to remake a city that was historically in the vanguard of labor and civil rights into an extreme version of “balanced-budget conservatism.” Detroit’s hostile takeover was a precursor to concerns about voter suppression, plutocracy and authoritarianism that are now raising alarm bells nationwide.

With cities across the nation now threatened by the undermining of democratic norms and the kind of overreach by right-wing and corporate interests that Detroit has endured, “resistance” has become the keyword of 2017 and Seattle is at the center of it. The groundbreaking election of Kshama Sawant to the City Council foreshadowed the national rise of Bernie Sanders and the trending of socialism among millennials and the growing ranks of the disaffected.

What’s more, activists in Detroit and Seattle are increasingly engaged in dialogue and cooperation with each other. Some of the Puget Sound region’s most important grassroots leaders have been drawing inspiration from visionary organizers, who in the face of abject disenfranchisement and devastation are fostering hope and opportunity through urban farming, freedom schooling and cooperative economic activities.

For instance, I first met local organizers from Got Green, BAYAN and the Gender Justice League just before my 2014 move, when they came to Detroit to visit my late co-author/mentor, Grace Lee Boggs, and attend the Allied Media Conference. The currently Seattle mayor’s race may prove the occasion for another grassroots revolt against the political establishment. Whether this happens now or down the road, it will be in large measure because of these types of critical connections occurring not only between Seattle and Detroit but also throughout the nation in resistance movements ranging from Occupy Wall Street to Black Lives Matter and Indivisible.

The challenge of moving from rebellion and resistance to social transformation and revolution has been the focus of my ongoing exchanges with renowned author and political theorist, Michael Hardt, whose books with Antonio Negri have been must reading to make sense of “empire,” the radicalism of the “multitude,” and the recent wave of “leaderless” movements analyzed in their brand new book, Assembly. On Wednesday, August 16, we will continue this conversation with the public at Seattle’s Central Library.

My hope is that a dialogue linking politics and movement building in Detroit and Seattle will help us better understand the national and global contexts in which all social actors are now operating. During the 20th century, the left and right extremes of Communism and Fascism were ultimately tempered by liberal reform, designed to create a centrist path of moderation rooted in gradual and incremental steps to make capitalism more hospitable. While the right wing has attacked or eliminated these reforms (union contracts, voting rights, affirmative action), more Americans are recognizing that reforming capitalism is not enough to address the existential crises prompted by climate change, white supremacist violence and plutocratic authoritarianism.

The following excerpt, which concludes The Fifty-Year Rebellion, conveys my sense of why these kinds of discussions and gatherings are more urgent than ever:

The end of reform is heightening contradictions, removing the reformist middle path, and pushing us back toward 19th century conditions of freedom for the haves and disenfranchisement of the have-nots. At the same time, amid the resurgence of open bigotry, the end of reform is stripping away illusions. It is reminding the people of Detroit and all of us, as Karl Polanyi identified in his classic text The Great Transformation, how the earth became commodified as land, how work became commodified as labor, how local economies were eclipsed by the power of global commerce and finance, and how democracy has always been a radical and dangerous concept.

These are the profound terms of struggle that make our times rife with immense danger and boundless possibility. Historical sociologist Immanuel Wallerstein argues that the global capitalist system will not survive past 2050. Like the fluttering of butterfly wings that shape a hurricane thousands of miles away, small acts and breakthrough ideas will tilt our society toward a whole new social order that could be more democratic or authoritarian, participatory or exclusionary, egalitarian or plutocratic, sustainable or suicidal. The fate of humanity rests on our capacity to think and act conscientiously.

The Seattle Public Library will host a conversation with Scott Kurashige and Michael Hardt, author of "Assembly," from 7 p.m. to 9 p.m. Wednesday, Aug. 16 at the Central Library. 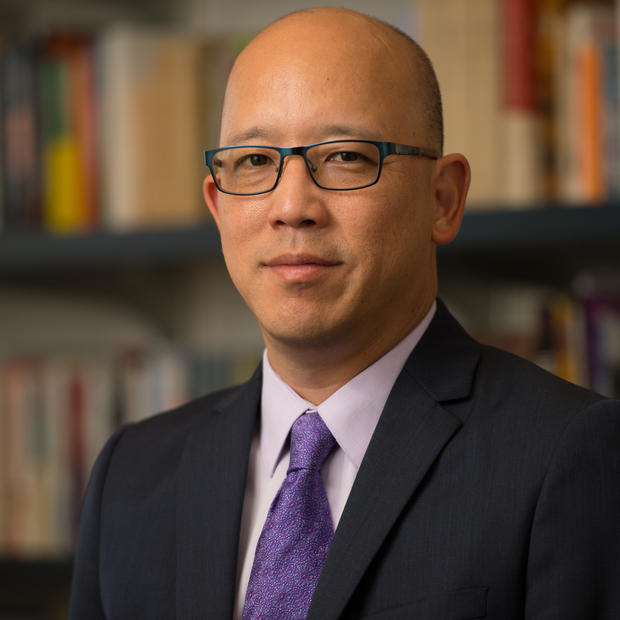 Scott Kurashige is Professor of American and Ethnic Studies at the University of Washington Bothell. His prior books include The Shifting Grounds of Race: Black and Japanese Americans in the Making of Multiethnic Los Angeles and The Next American Revolution: Sustainable Activism for the Twenty-First Century (with Grace Lee Boggs).