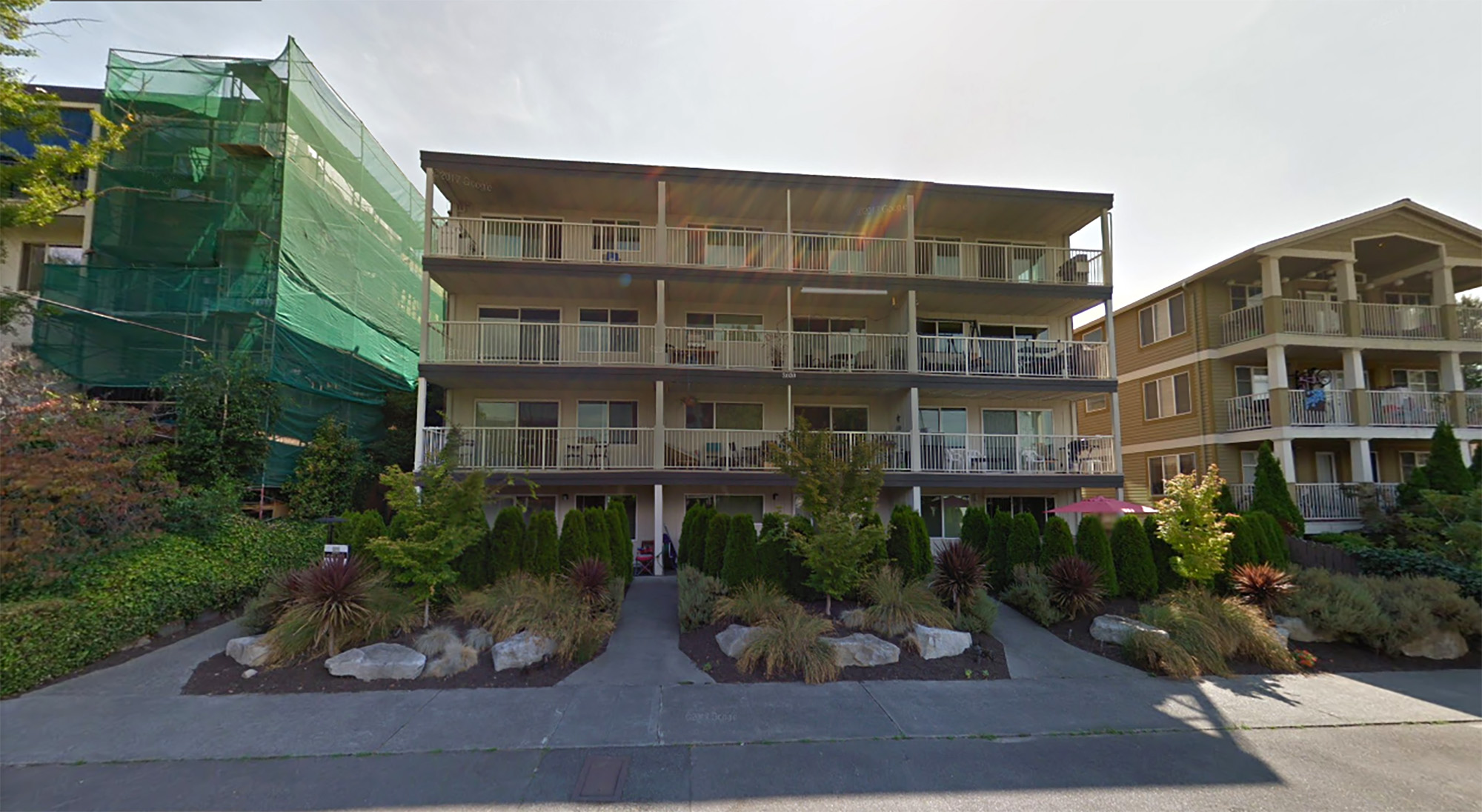 A Google street view image of 2020 at Lake Union in Seattle's Eastlake neighborhood.

Last year, the city of Seattle found more than a fifth of landlords seemed to be discriminating against potential renters. Out of 97 apartment building targeted in an anonymous city test, 23 failed on some level and were hit with housing discrimination charges.

So, what is the penalty for discrimination?

Of the 23, 16 settled their cases, all of them for $2,000 or less and most for $1,500, according to the city’s Office for Civil Rights (OCR), which Crosscut asked to provide information regarding any repercussions for the landlords. Seven of the cases were found to have “no reasonable cause,” meaning the evidence from the investigation did not provide adequate indication of discrimination to warrant any punitive action.

The settlements also include training for the landlords and posters to display fair housing laws in their buildings, says OCR spokesperson Roberto Bonaccorso.

Contracting with the Northwest Fair Housing Alliance in Spokane in 2015, the city randomly selected the testing sites across the city, from North Seattle, to South Lake Union, Columbia City and West Seattle.

Testers then created pairs of fake renters, each with nearly identical profiles, save for several things: One of the two had either a disability, a section 8 voucher or children, all categories protected from discrimination by fair housing laws.

However, not every instance was enough for the city to bring charges: Ultimately, two actions were brought against landlords for discrimination against families with children; six were brought because of disability discrimination; and 13 were brought because of different treatment toward people with section 8 vouchers. “Finding an example of different treatment does not always mean that a landlord discriminated illegally,” reads an explanation from OCR on its website. “In a number of instances, the evidence from the test did not show a clear enough pattern or set of actions to allow a charge to be filed.

“But the different treatment uncovered by this testing does show a familiar, disturbing pattern: testers who had children, were disabled or used a Section 8 voucher were treated worse than their paired testers.”

At the time of the tests, Patricia Lally, director of OCR, said the results demonstrated "patterns of behavior that have profound impacts on people’s lives.”

Still, despite the strong words, the remediation was always framed as more educational than punitive; the maximum settlement of $2,000 is less than most tenants pay in move-in costs. In fact, said Bonaccorso, the purpose of any monetary settlements at all was to reimburse the city for the costs of running the tests. He said the ultimate purpose was to play a preventive role, acting as "neutral arbiter" to show that there could be issues.

"Our office is not in the same vein at City Attorney," he said, meaning the office's ability to bring harsh penalties is weaker. "Our approach is more therapeutic."

Regardless, others wish the penalties would be higher. Attorney Ann LoGerfo with Columbia Legal Services, which has represented renters and lobbied the city and state on fair housing laws, said she has great respect for OCR and the work it has done on testing for discrimination. But, she said, if the city's goal is prevention, the deterrence should be higher.

"If we’re really talking about a deterrent, we need to talk about something that gives pause," she said. "A month or two of rent doesn’t give pause." LoGerfo said she doesn't know what's standard for OCR, but suggests a penalty of up to a year's rent would have a more profound effect.

Individuals pursuing discrimination complaints in cases around the country, said Scott Crain with the Northwest Justice Project, often settle for between $3,500 and $30,000 just for the emotional distress. Discrimination lawsuits can get into the six figures. A penalty of $1,500? "Generally in my experience that’s a nuisance fee."

Still, he added, the fact that OCR even exists and is doing this kind of testing puts it leagues ahead of other cities.

Bonaccorso said he's not sure if there will be more follow-up with the landlords charged in the last round of testing. But, he said, OCR is currently conducting a new round of tests, this time doing the work in house and without outside contractors. The scope, he said, would likely be similar. The timeline for when the results will be released has not yet been determined.