Atlantic salmon have no business being here 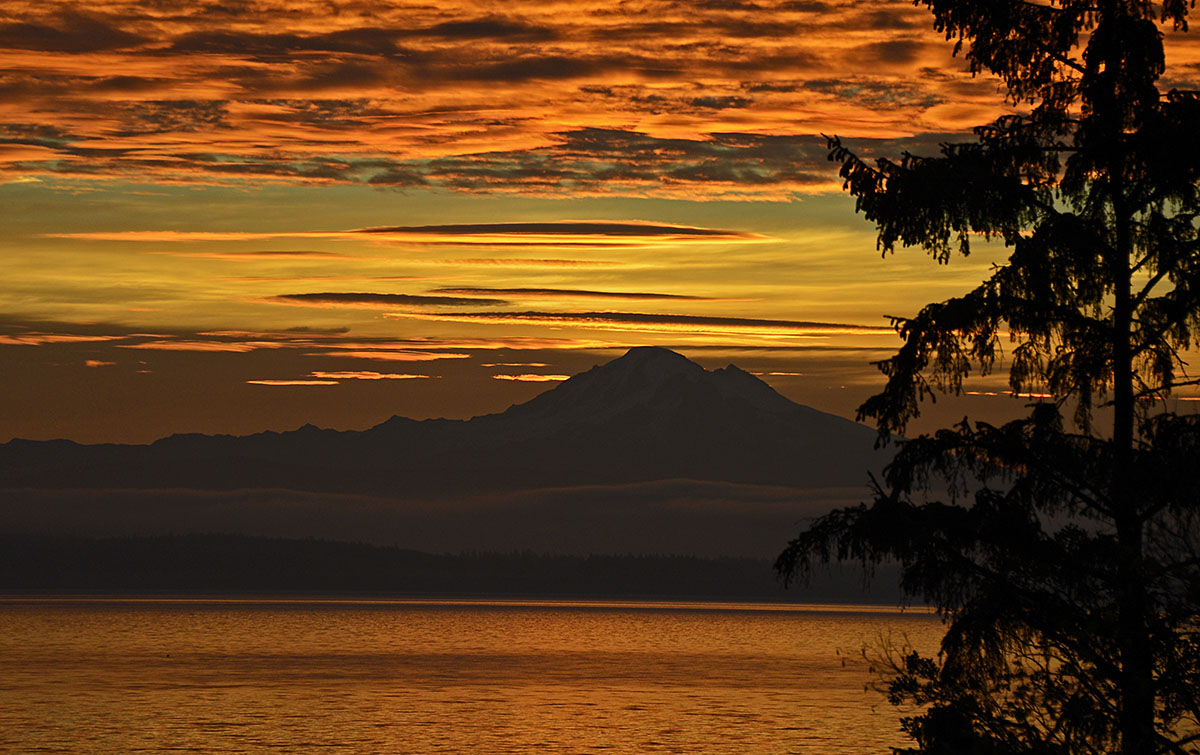 Mt. Baker as photographed from Orcas Island, not too far from Cypress Island, the site of the Atlantic salmon farm. ©Amy Gulick/amygulick.com

It was a gorgeous summer evening on Orcas Island. Wearing shorts and a t-shirt, I dug my bare feet into the sand on a friend’s beach near Obstruction Pass. Mt. Baker shone in the distance and its reflection shimmered on the glassy water. In that moment, all was right with the world.

And then the splashing started. Big fish leaping out of the water within stone-skipping distance from where we sat. At first, I didn’t think anything of it, and was momentarily transported to the shores of Alaska, where jumping salmon this time of year is the way things are up there. And it’s the way things should be here, only not with the fish springing from the water before me.

These fish don’t belong here. They came from the Atlantic Ocean, and no, they didn’t swim around the tip of South America or take the shortcut through the Panama Canal to get to the Pacific Ocean. We brought them here. Atlantic salmon (Salmo salar) is a non-native species to our waters. In fact, the state of Washington considers it an invasive species — a pollutant harmful to our beloved and struggling native Pacific salmon. And yet we allow this non-native invasive pollutant to be farmed in net pens in our marine waters. What could possibly go wrong?

What could go wrong, and did go wrong, is a massive breach of the structure keeping several hundred thousand pollutants from escaping into our waters, where our native Pacific salmon are already on life support. Breach, escape, spill — call it what you want. It’s a disaster. And what are we told to do? Go fish! While we should be doing everything we can to get these fish out of our already beleaguered waters, why is sending Johnny out in a rowboat the emergency response plan?

Sitting on my friend’s beach on Orcas Island, I watched the non-native salmon erupt from the surface of the water like popcorn. My friend Bruce is 63 years old and is the third generation of his family to steward this beautiful stretch of paradise. He told me that never in his lifetime has he seen leaping salmon here. I find this sad, infuriating, and unconscionable. Sad that native Pacific salmon don’t frolic along this beach on their way to the Skagit, Elwha, or Stillaguamish Rivers to spawn. Infuriating that the non-native salmon leaping before us are hindering our efforts to restore our native salmon to the Salish Sea. And unconscionable that Washington State allows Atlantic salmon to be farmed in our marine waters at all.

This disaster is more than just a breach of a net pen. It’s a breach of trust. How many untold millions of dollars are allocated and spent each year in Washington State to restore Pacific salmon? What do we have to show for it? There are success stories — recent removal of the Elwha River dams with salmon returning to that beautiful river as it rewilds itself is a triumphant step in the right direction.

We need more of these steps. What we don’t need are non-native invasive pollutants in the form of Atlantic salmon hindering our efforts to restore our wild Pacific salmon to their rightful home. Let something positive come of this mess. Let this be our moment in history when we ban all salmon farming from Washington State. 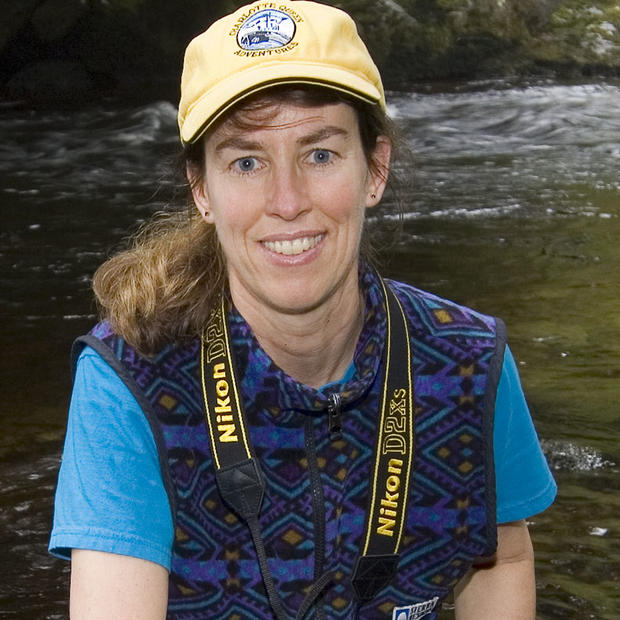 Amy Gulick is an award-winning nature photographer and writer, and a Fellow with the International League of Conservation Photographers. Her images and stories have been featured in Outdoor Photographer, National Wildlife, Audubon and other publications. Her work in Alaska has received numerous honors including the Daniel Housberg Wilderness Image Award from the Alaska Conservation Foundation and the Voice of the Wild Award from the Alaska Wilderness League. Her book, Salmon in the Trees: Life in Alaska’s Tongass Rain Forest, is the recipient of an Independent Publisher Book Award and two Nautilus Book Awards.