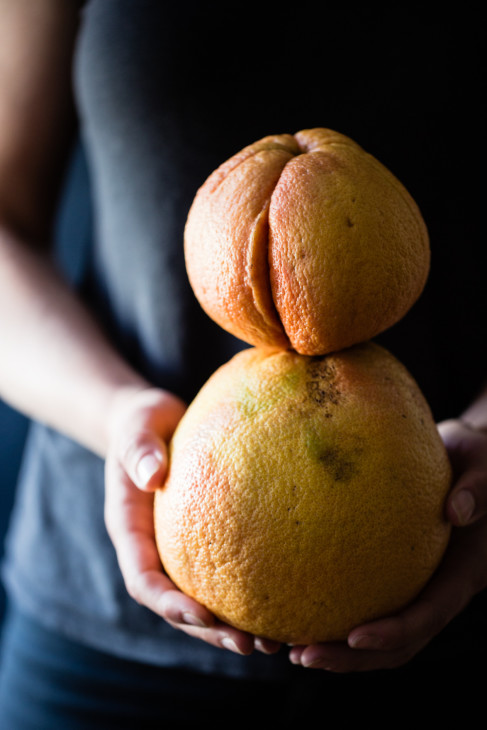 Farmers can't sell misshapen fruits like these grapefruits to grocery stores, but California-based Imperfect Produce will deliver them to your house.

A California-based company that sells blemished and misshapen produce is expanding into the Northwest.

“We have a huge food waste problem in this country,” he said. “We have about one in five fruits and vegetables going to waste at the farm level, and actually about 40 percent of all the food grown in America goes to waste.”

Using more of the food grown on farms can help feed hungry people, Simon said. It can also reduce the environmental impacts of food waste, such as the methane emissions that come from rotting food. Methane is a potent greenhouse gas that contributes to climate change.

“There’s also all the soil nutrients, gasoline and fertilizers and all the resources that go into growing food that also gets wasted when you waste food,” Simon said.

Imperfect Produce offers subscriptions for deliveries of otherwise unsellable fruits and vegetables in San Francisco and Los Angeles. This week, the company expanded its service to Portland and also plans to serve into Seattle in the future.

Simon said it’s like an inexpensive CSA — Community Supported Agriculture — that allows you to choose which items you want in your weekly or bi-weekly box of produce.

The company is working with around 70 West Coast farms right now and finding plenty of supply – and demand. Over the past three weeks of marketing in Portland, Simon said, the service has added about 1,500 new subscribers.

“Awareness about food waste has really blown up,” Simon said. “I think we’ve reached a critical mass where there’s enough demand for a service like this”