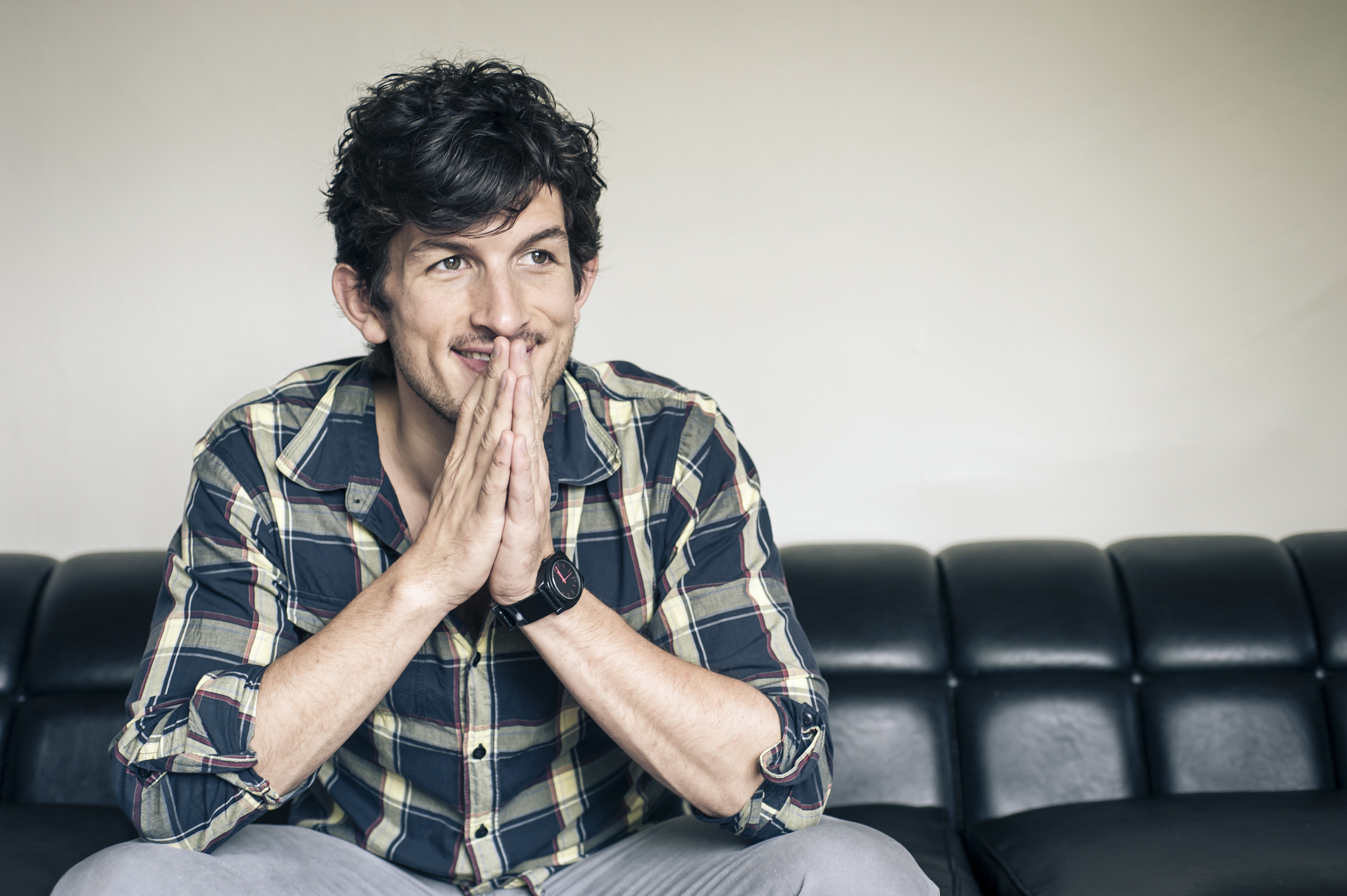 The news:  After six years at the helm, Andrew Russell is stepping down as artistic director of Intiman Theatre. He’ll be moving to New York at the end of the year, to work on freelance writing and directing projects.  The Intiman will continue on without him.

The backstory: There wouldn’t be an Intiman Theatre in 2017 if it wasn’t for Russell.  For audiences, for the company and the Seattle theater community at large, Russell has been nothing less than a turn-around artist — in some ways, a controversial one — whose upfront progressive politics and improvisational style made him a real mover and shaker.

“I thought I was coming to Seattle to be an associate director at Intiman for a few years,” recalls Russell, who was in his mid-20s when he arrived here from New York in 2009, for his first theater management gig.  But after his first season, a bombshell: Intiman, one of Seattle’s oldest and most esteemed drama outfits, was on life support.

Theater watchers knew Intiman was shaky financially. But it was shocking when the Tony Award-winning theater, an artistic mainstay here for 40-plus years, announced it was flat broke and roughly $500,000 in debt.  The rest of its 2011 season was canceled. With little warning, the staff (including artistic honcho Kate Whoriskey) received pink slips.

Intiman’s prospects for survival? Bleak. The theater owed its landlord (the Seattle Center) a pile of back rent on the 440-seat Intiman Playhouse and a bundle to local stage unions too. Season subscribers were left holding tickets to canceled shows.

Russell did not cause the mess. Blame it on a slow-mounting tangle of management problems, lack of board oversight and unsubsidized artistic ambition topped off by the Great Recession.

But along with a few committed board members, Russell decided the Intiman “was too precious a resource to lose.” They hammered out a plan to gradually pay down the debt and mounted a campaign to quickly raise $1 million (a fraction of prior budgets) to retool Intiman into an annual summer festival.  To everyone’s amazement, it worked.

Was it scary to defy those who wrote Intiman off?  “Absolutely. Without question,” Russell admits. “But that was a unique time of opportunity. And actually, it’s harder to change an organization that’s been around for 40 years and doesn’t close. I got a clean slate.”

Now older (34) and wiser but still boyish, tousle-haired and turbocharged, Russell actually rubbed the slate blank himself. Vigorously. Like previous Intiman artistic honchos Warner Shook, Liz Huddle and Bartlett Sher, he pledged to offer a mix of classics and new plays. But his theatrical agenda and activist millennial outlook were something new.

As he experimented and improvised, not everything clicked with audiences and critics (a joylessly crass version of the ancient Greek antiwar comedy, “Lysistrata;” a drab update of Lillian Hellman’s “The Children’s Hour"; and the muddled gay softball drama “John Baxter is a Switch Hitter” [co-written by Russell and Ana Brown], which was a few drafts short of ready).

Sometimes political fervor wasn’t matched by theatrical finesse, and more than a few longtime patrons pined for the “old,” less provocative Intiman. And, at least to me, the jury’s still out on whether Russell’s new policy to “co-curate” each season with a different artistic partner (this year, actor-writer Sara Porkalob) will give Intiman enough aesthetic consistency.

But Russell’s bold moves have drawn in younger theatergoers and his alliance with director (and 2016 co-curator) Valerie Curtis-Newton has been especially rewarding, yielding fine resurrections of “Trouble in Mind" and “Wedding Band” by the late African American playwright Alice Childress, and local premieres of the audacious “Bootycandy” and “Barbecue,” both sneakily transgressive works by daring contemporary black dramatist Robert O’Hara.

Another winner was a passion project for Russell: “Stu for Silverton,” the Peter Duchan-Breedlove 2013 musical about Silverton, Oregon's support for the country's first openly transgender mayor. “It best represents what I want to do as a director,” he says. He hopes to direct a New York run in the future.

The last Intiman production under his watch will be Porkalob’s long-in-the-works “Dragon Lady.”  (The offbeat musical will run Sept. 5 to Oct. 1 at UW’s Jones Playhouse).

But according to Intiman board president Kevin Malgesini, Russell’s commitment to fiscal responsibility (that big debt is almost retired), multicultural community outreach and team management will continue at the theater after he departs. Russell’s close colleague Jennifer Zeyl will stay on as artistic producer, says Malgesini,  joined by new executive director Phillip Chavira and a different co-curator each season: “To showcase a variety of voices and perspectives onstage you can’t have the same one leader year in and year out. We’re trying to balance diversity with stability and consistency.”

As he plots his next move, Russell swears he won’t be a stranger: “My connection to the Intiman and this city is very deep.” And his view of the current Seattle theater scene?  “It’s an exciting time, things are definitely shifting and changing. At the rate the city is growing, there’s going to be a hundred thousand new registered voters and a need for theaters to have a clear mission and know how to collaborate with different communities. Theater will have to evolve the way all the other institutions have to.”