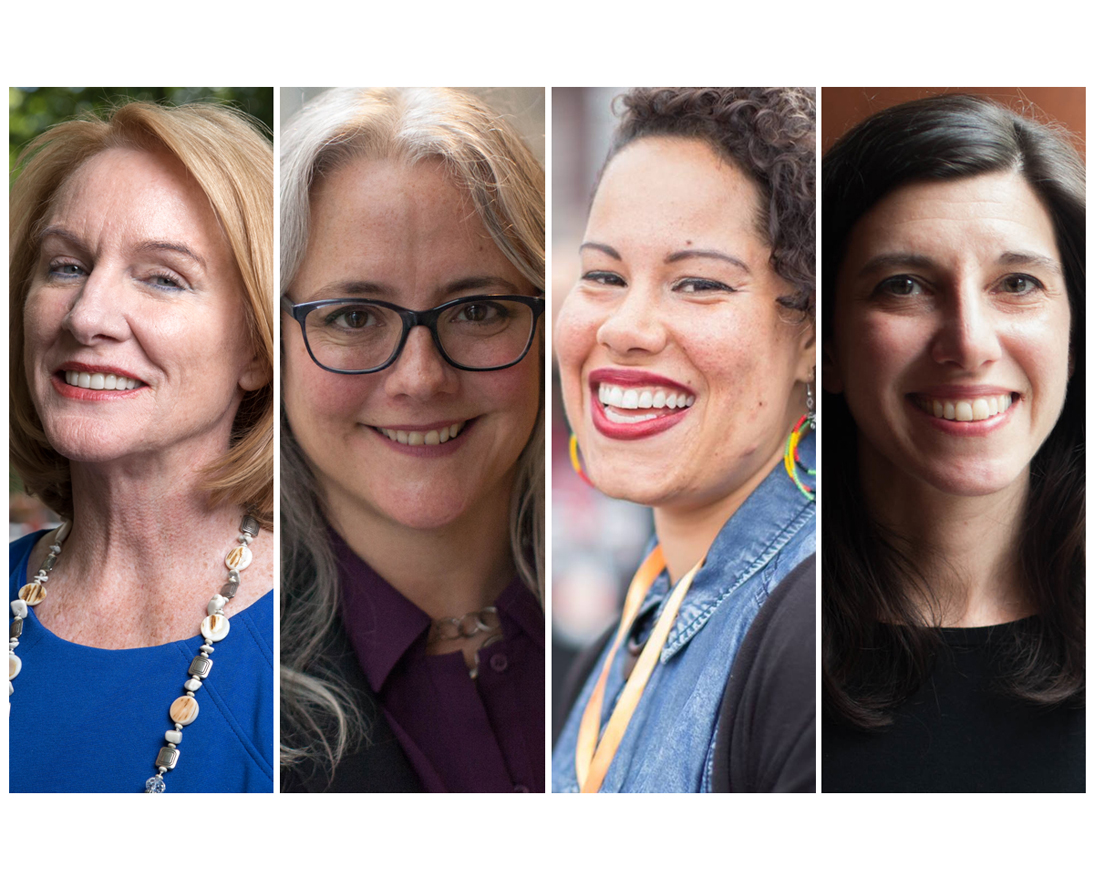 The four leading Seattle mayoral candidates as of Aug. 2, 2017. The top two will advance to the Nov. 7 general election. From right to left—Jenny Durkan, Cary Moon, Nikkita Oliver and Jessyn Farrell. Photo of Oliver by Alex Garland. Photos of Durkan, Moon and Farrell by Matt McKnight/Crosscut.

One of the three candidates will advance to compete with Durkan in the general election.

“The numbers look good, we’re on the right track,” Moon said in a statement. She added, however, “We’re not yet claiming victory. As an engineer, I want to make sure we have our facts right, and as a coalition builder I respect the positions of my fellow candidates.”

In the Seattle City Council position 8, Sara Nelson inched slightly closer to Jon Grant for a chance to run against Teresa Mosqueda in November.

The results are not altogether surprising: According to King County spokesperson Kendall Hodson, the day following election night is generally a “bummer day” for people hoping for more insight into undecided races. The new results, said Hodson, reflect ballots that were received before election day, but were not tallied in time for the first release. As a result, the trend lines are unlikely to vary significantly.

On Thursday, however, election officials will begin to tabulate a larger portion of ballots left in drop boxes and those that arrived by mail last minute. Historically, these late arriving ballots have slanted more to the left and in head to head races, there have been swings as large as 5 percent. In a splintered primary, that shift is less likely to be as dramatic, but could still benefit a candidate like Grant, who is a member of the Democratic Socialists of America and competing against a business owner.

How that would affect a race between Moon and Oliver, both of whom are favored by Seattle’s most liberal, is less clear.

The proposed sales tax to fund arts and science programming continues to fail. And in the high stakes Eastside race, which would determine the party that controls the Washington State Senate, Democrat Manka Dhingra grew her lead over Republican Jinyoung Lee Englund, 51 percent to 42 percent.

Back in Seattle, as of Wednesday morning, residents North of the ship canal had returned more ballots than the rest of the city, particularly in pockets around Greenlake, according to voter data provided by King County Elections and sorted by zip code. The exceptions are the Central District near I-90 and Rainier Valley near Columbia City. (Thanks to Twitter user Rachael Ludwick for help with the map.)

King County will release its next batch of votes Thursday afternoon. Officials forecast a 38 percent return rate for the City of Seattle, but only 22.57 percent has been returned so far.