Oliver's leap forward still leaves her out of recount range 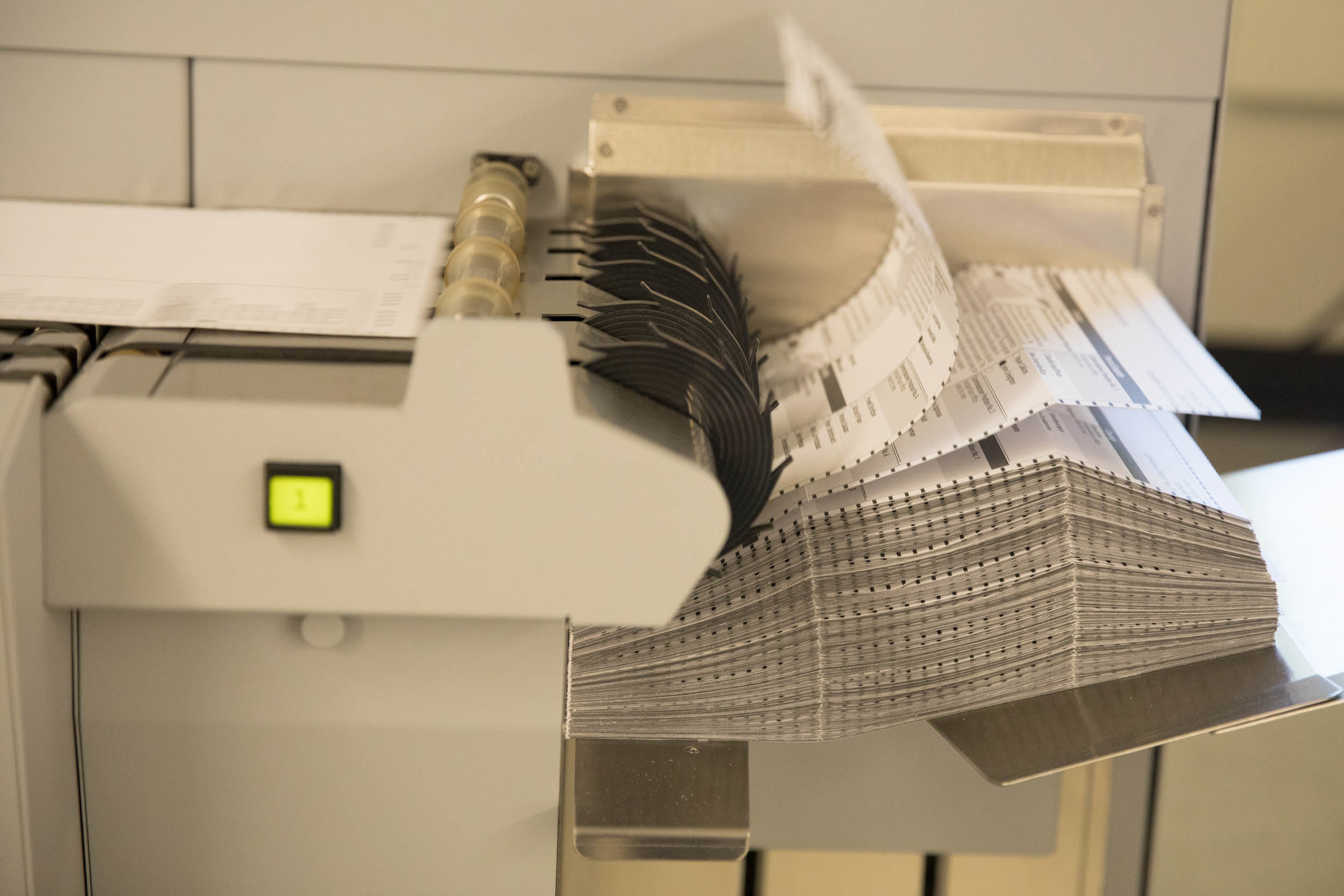 A ballot counting machine doing its thing at the King County Elections office in Renton on July 31, 2017.

A week after Election Day, attorney Nikkita Oliver now trails urban planner Cary Moon by only 1,362 votes for the chance to compete against former U.S. Attorney Jenny Durkan in the general election for Seattle mayor. But with only an estimated 1,200 votes left to tally, it's looking very likely — some are saying certain — that it will be Moon whose name will be on the ballot in November.

It is still theoretically possible that Oliver could get close enough for a recount: If the difference between Moon and Oliver is 0.5 percent of their combined vote total, the county will trigger a machine recount. If it slims to 0.25, the ballots would be recounted by hand. As of today, the gap is 2.14 percent.

But with relatively few ballots remaining, nearly all would have to go to Oliver to make a recount a reality. Her campaign may, however, request a recount even if the margin is not slimmed enough to make one automatic.

King County Elections released 1,856 Seattle ballots Tuesday, a huge drop-off from the day before when the county released about 14,000. Oliver did exceptionally well Tuesday, winning more than 38 percent of the vote, a striking difference compared to her election night winnings of 13.9 percent. The actual number of votes Oliver gained on Tuesday: 302.

The ballot tallies will continue slowly in the coming days as election employees work through problem ballots that may be missing a signature, were packaged incorrectly or do not show clear intent of the voter, according to King County Elections Chief of Staff Kendal LeVan Hodson. And some ballots are still arriving by mail — there were 112 today (Tuesday). Those are still being processed before being counted.

Volunteers for Oliver have been hard at work "ballot-chasing" — tracking down people whose votes need verification. “These are people trying to participate in the political process, and this campaign and the Seattle Peoples Party will work until the final bell to ensure that they are counted regardless of who they intend to vote for,” Oliver said in a statement last week.

Moon agreed with the sentiment, encouraging her supporters to aid the Oliver campaign in finding uncounted ballots.

The effort is common practice for campaigns as a means to turn out more of their own voters and Oliver's effort is no exception. In a questionnaire given to volunteers, they were instructed to “say goodbye and move on” if the resident in question voted for either Moon or Durkan. By comparison, if the person voted for Oliver, the volunteer is told to inform them that their ballot has not yet been counted.

If the resident voted for Mike McGinn, Bob Hasegawa or Jessyn Farrell, the volunteer is supposed to encourage that person to consider Oliver in the general election.

“In terms of what we’re doing, it’s a relatively standard ballot chasing operation,” said Oliver spokesperson Dujie Tahat. He added, “Mostly it’s a decision for where to put our resources because they’re limited. This is a Nikkita Oliver for mayor campaign effort.”

Seattle has had recounts in the very recent past. In the race for the West Seattle City Council position, Lisa Herbold gained steadily on Shannon Braddock over the course of a week, pulling within 18 votes. After the recount, Herbold won by 39 votes and Braddock conceded.

The mayoral primary will be certified by King County elections Tuesday, Aug. 15, at which point officials will announce whether a recount is necessary. For the Herbold vs. Braddock campaign, that recount lasted a month.