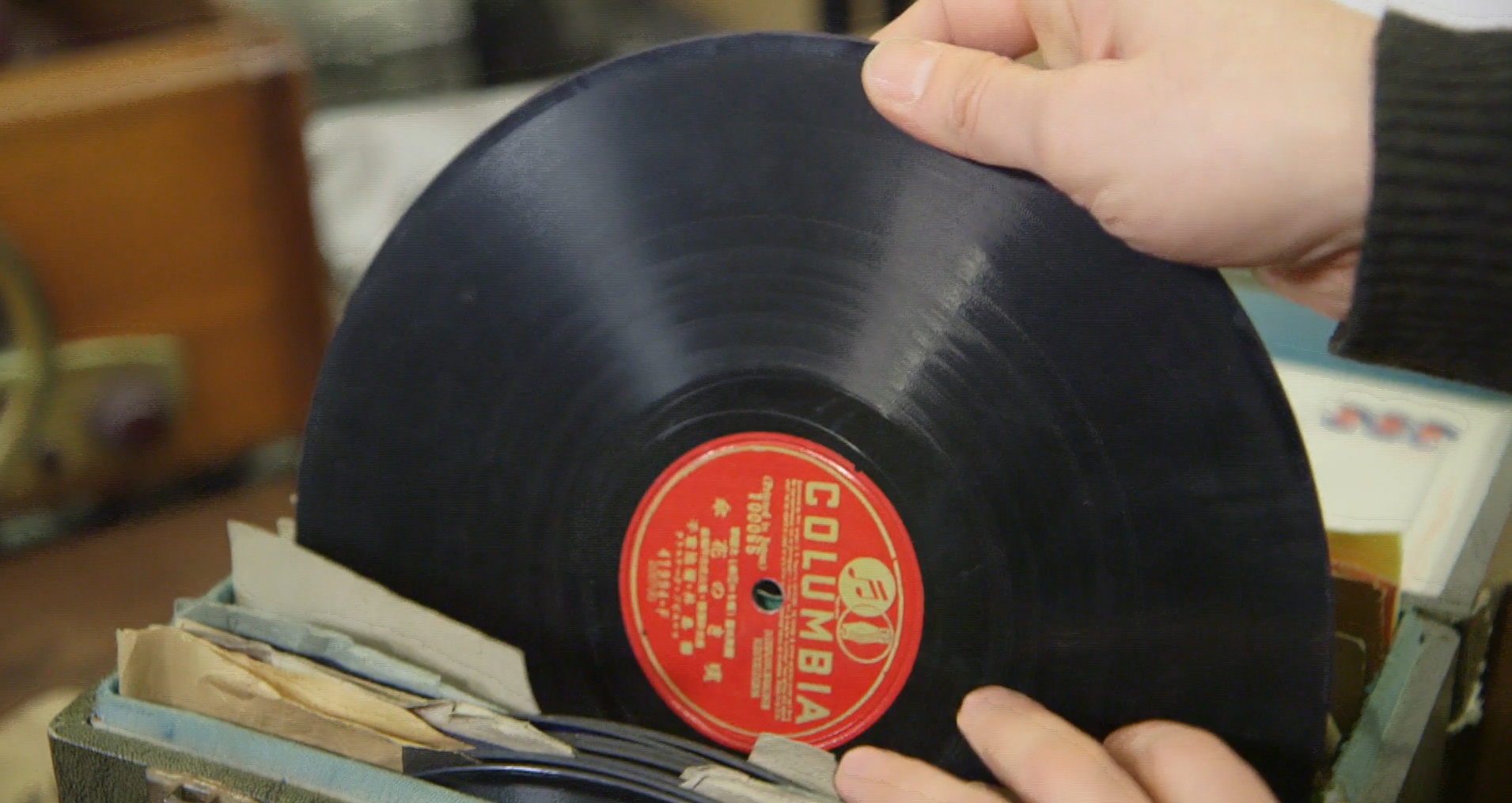 One of the earliest records being preserved at the Japanese Cultural and Community Center of Washington.
(Greg Davis/KCTS 9)

It’s hard to fathom the music that has been lost in the ether of history, but Seattle-based musician Paul Kikuchi oversees a unique project at the crux of this idea. Kikuchi is tasked with cataloging a rare collection of Japanese 78 RPM records at the Japanese Cultural and Community Center of Washington (JCCCW). The collection is comprised of records originally published in Japan between 1900 and the 1950s. Over time, the records have been donated to JCCCW by the Japanese-immigrant community and their descendants in the Seattle area.

“A lot of these records were also artifacts that had to be given up during the internment, because 78 RPM records made of shellac are very heavy,” Kikuchi says. Shellac, a resin secreted by insects found in forests in Thailand and in India, is harvested from trees where the insects leave it. The substance has been used throughout history in various products around the world, including the early 78 RPM records, which were later replaced by vinyl LP records.

“The earliest wave of Japanese immigrants were likely bringing these records first with them,” Kikuchi says. “Early immigrants were also likely having records sent to them by family members from Japan.”

Kikuchi also serves as a board member at JCCCW — volunteering to digitize the music, making it available as a database for researchers curious about the musical interests of early Japanese immigrants in America.

“We feel that the records themselves are a really interesting window into the [lives] of the Japanese-American population in [the] 20th century in the Seattle area,” says Kikuchi.