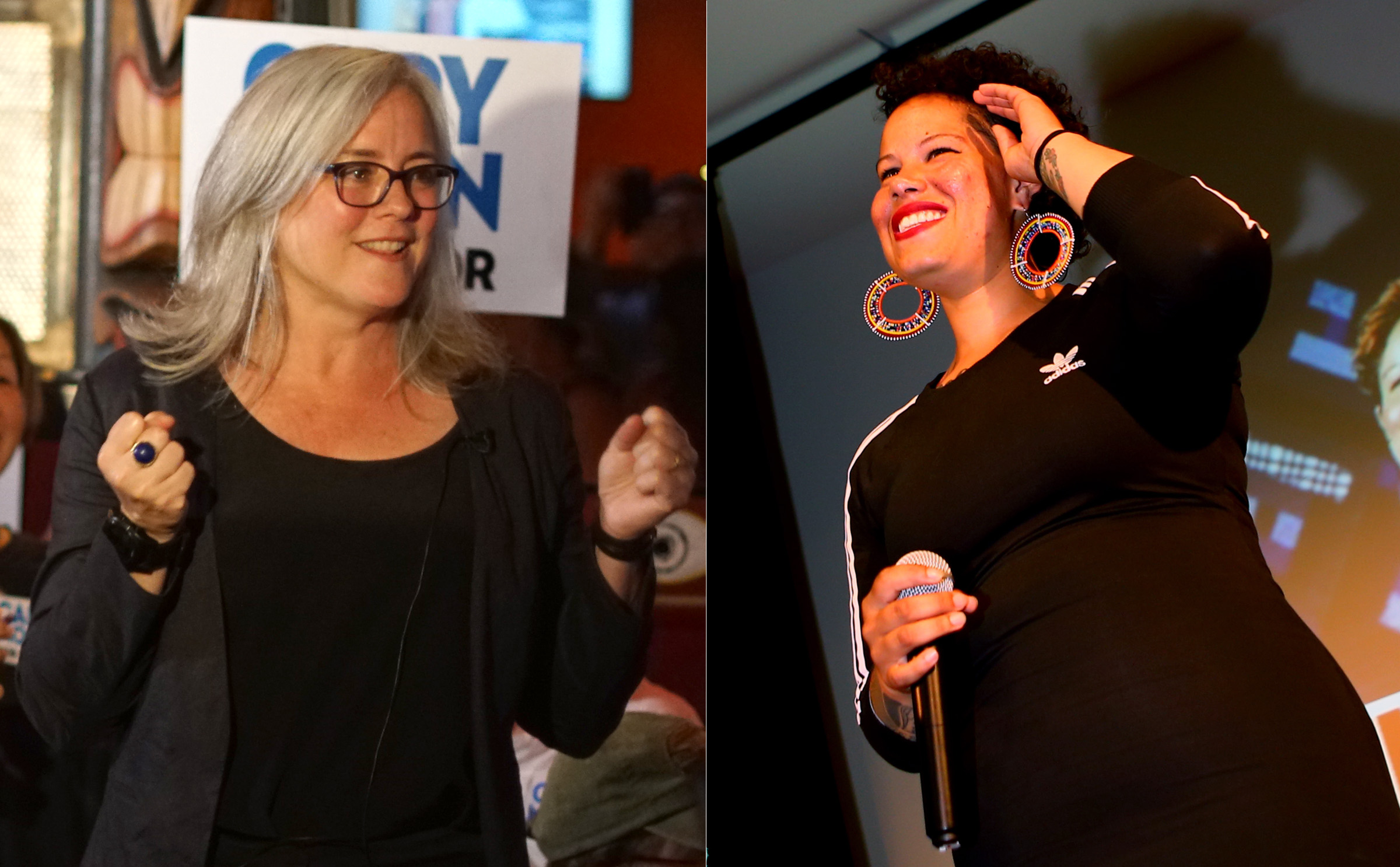 With the release of 28,000 more Seattle ballots Friday, urban planner Cary Moon held on to her second place position in the mayoral primary and is still poised to compete with former U.S. Attorney Jenny Durkan this fall.

But Friday’s results were more positive for attorney Nikkita Oliver and the race will continue to hang in limbo into next week. After falling behind Moon the previous two days, Oliver gained slightly in Friday’s counts, cutting Moon's 2,578 vote margin to 2,235. She now trails by a narrow 1.3 percentage points.

If that margin dips to 0.5 percent of the total vote in coming ballot releases, the county will initiate a machine recount. If it comes within 0.25 percent, the ballots would be recounted by hand.

Regardless, Seattle voters will have to wait at least a few more days for closure. In a statement, Moon said she was not claiming the second place finish yet, and she turned her attention toward attacking Durkan. “Whichever of us makes it through to the general election this fall," she said, referring to Oliver, "I can guarantee she will stand up to big corporate interests and lead for a better Seattle.”

Speaking by phone, Oliver spokesperson Dujie Tahat said the campaign still believes they have a shot in the coming days.

The odds are still long, however: Most ballots are in hand, and ballot releases next week will continue to shrink in size, which means Oliver would have to win a larger proportion than she did in Friday's release of results. According to a King County spokesperson, there are about 14,000 more ballots left to count.

Earlier in the day, Oliver’s campaign pledged to go “ballot chasing,” or tracking down voters whose ballots King County challenged — in many cases, simply set aside to try to confirm signatures that appear somewhat different than the ones in county records. The campaign believes those votes will tilt toward Oliver. According to a King County elections spokesperson, there are 2,200 of these ballots and King County officials will spend the next two weeks connecting with these voters to verify their signatures. “The election is certified two weeks after Election Day (Aug 15) precisely so we can allow voters time to resolve any issues with their ballot,” Kafia Hosh with King County said in an email.

Tahat says the campaign will be aiding the county in that effort: The campaign has a list of whose ballots are classified as challenged and will be reaching out to those people in three shifts over the weekend and into next week.

In a statement, Oliver said of the effort, “This is a natural extension of the campaign we set out to launch back in March. Just because election day has come and gone, doesn't mean that the process is over. Centering marginalized voices starts with making sure that they are heard. These are people trying to participate in the political process, and this campaign and the Seattle Peoples Party will work until the final bell to ensure that they are counted regardless of who they intend to vote for.”

In her statement, Moon said she supported this effort. “Oliver's campaign has mobilized and inspired thousands of people,” she said. “Rushing forward to claim a decisive outcome while some ballots are in limbo would only create distrust.”

The primary race over the last several months has been unlike any other. Mayor Ed Murray was largely assumed to have an easy race ahead of him, facing only Oliver as serious competition. But sexual abuse allegation derailed his re-election bid, opening the gates to a 21-person field.

Perhaps most surprising is the back-from-the-dead chances of the countywide sales tax to fund arts and science programming. On election night, it was failing by nearly 10 percent. But after the latest results, it’s now behind by just over 3 percentage points, or 3,119 votes.

In the closely watched Eastside race to determine control of the state senate, Democrat Manka Dhingra grew her lead over Republican Jinyoung Lee Englund to 10 percentage points, indicating Dhingra has a considerable advantage going into November.