What can Spokane teach Seattle about policing? 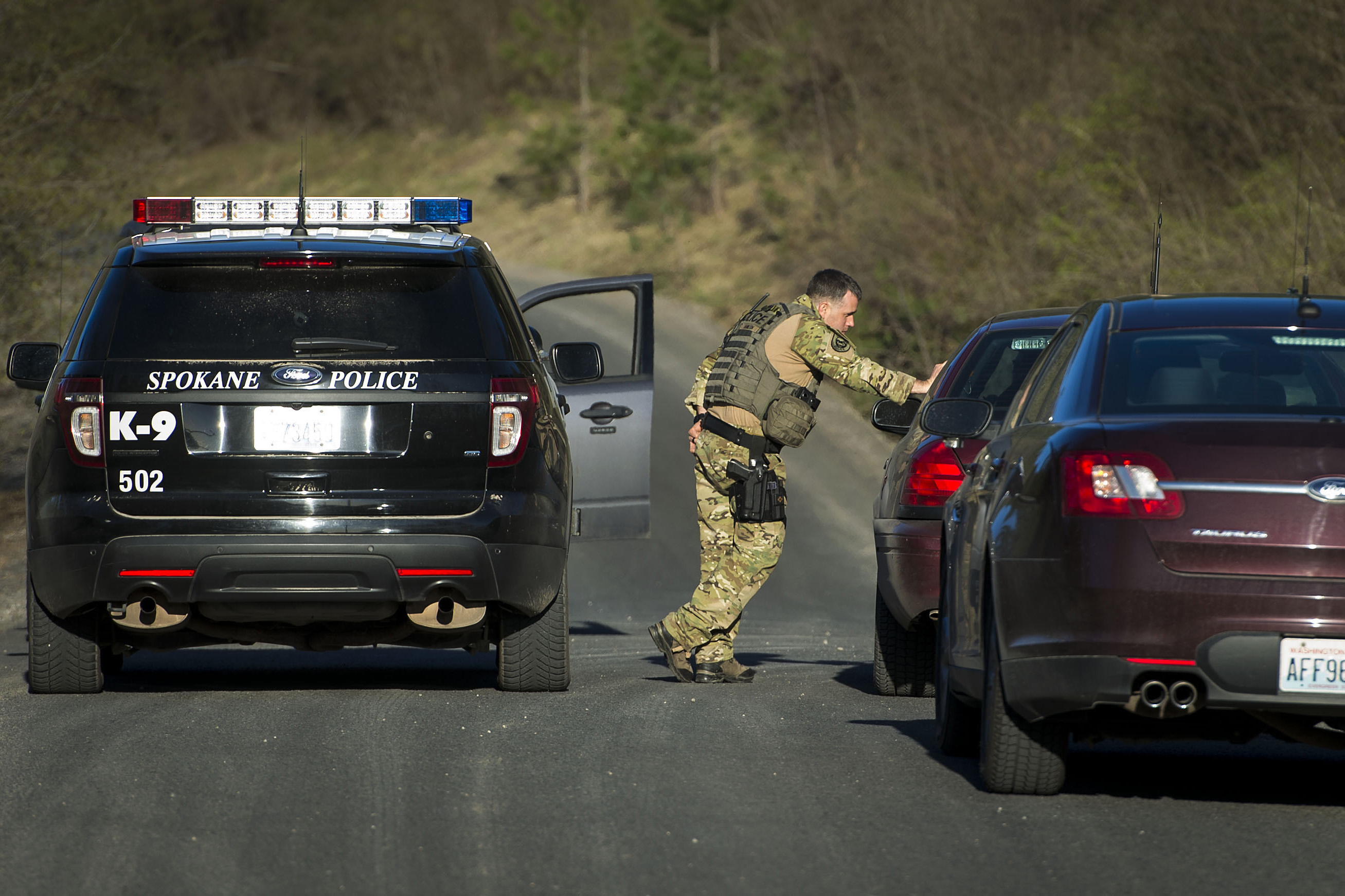 As the camera rolls, a handcuffed man threatens an officer from the back of a patrol vehicle. The cop returns the favor, goading the suspect and calling him “dumb shit,” a “little f—king bitch” and a “punk.” Spokane Police Chief Craig Meidl would later call the exchange “probably the most atrocious [officer] demeanor I’ve seen in my career.”

But there’s also plenty of good to be found in body camera footage from Spokane. One video shows flames lapping against a car windshield while a Spokane police officer bashes his baton into the driver’s side window and pulls a woman to safety. Another officer displays jaw-dropping levels of patience as a drunken man taunts him.

Spokane has had police using body cameras since 2014, an experience that may offer lessons for Seattle as it finally tries to put the devices into general use by officers. Spokane, the second largest city in the state, has had successes, challenges and uncertainties.

As in Spokane and many other cities, increased focus on police accountability and reform in Seattle led to 600 “frontline” cops testing the cameras in 2015. Even after a Seattle pilot project, full implementation of body cameras stalled amid privacy debates and police union insistence on negotiating over the issue.

After 30-year-old mother Charleena Lyles was shot to death by officers responding to her calls for help, however, Mayor Ed Murray signed an executive order that pushes the department’s body camera program forward. More officers will be outfitted with the cameras on a monthly basis until all patrol officers are wearing them. The Seattle Police Officers Guild has filed a labor complaint, saying it has no problem with body cameras themselves but the city is required to bargain over their use. The rollout of cameras is expected to go ahead.

Researchers from Arizona State University have been studying the Spokane PD’s body camera program (along with those of two other agencies in Arizona) for several years. They’ve tried to assess the effectiveness of cameras, and released the results earlier this year. Generally, they found the use of force and citizen complaints against officers decreased after they were issued body cameras.

However, the first group’s use of force spiked back to previous levels after an initial dip. “The biggest takeaway is that both [complaints and officers’ use of force] are so rare that it’s really hard to draw inferences about those changes,” says Natalie Todak, one of the Arizona State University researchers who spent more than 300 hours riding with officers in Spokane. She adds that the reason for the one cohort’s later rise in use of force is unclear, but one possible explanation is that as the camera’s novelty wore off, officers reverted to their previous patterns.

Other factors could also impact these numbers, such as the Spokane PD’s efforts to train its officers in de-escalation techniques and changes to internal policy that expanded the definition of a documented use of force.

Spokane City Councilman Breean Beggs, who was an advocate for police reform long before his appointment to the council last year, says, “Generally I would say that while body cameras have been in place, use of force and complaints have gone down.”

As an attorney, Beggs had sued the department over the police beating death of Otto Zehm, a mentally disabled janitor. The suit was settled for $1.6 million, the largest payout in city police history, and the incident brought several reforms to Spokane’s police department, including the body cameras.

“How much of [the improved numbers] is body cameras versus other things, it’s hard to tease out, because they’ve been reforming up and down the department,” he says.

As in Seattle, the Spokane Police Guild wanted a voice in deciding policy on the use of body cameras and how the footage can be disseminated.

It wasn’t until this spring — nearly three years after the first officer in Spokane strapped on a camera — that the department and the police guild implemented an agreed-upon policy. Without rules for how and when to use the cameras, officers could face no discipline for failing to turn them on and even for misconduct identified through body camera footage.

The case involving the officer whose "atrocious" cursing of the handcuffed man upset Chief Meidl was administratively suspended because the body camera policy was not yet in place. The officer faced no official discipline but was removed from the department’s SWAT team.

“We could always use it to show great work, but if we wanted to use body cameras to sustain complaints, we couldn't do it,” Meidl says. “It finally got to the point where I needed to get policy in place.”

Two of the biggest questions around body camera policies in departments across the country are about when officers are allowed to turn their cameras off and whether they’re permitted to view the footage before writing a report or giving a statement following a critical incident.

“A good policy will have a mix between specific times officers should have it on and also give them discretion so they don’t have to have it on 24/7,” researcher Todak says.

In Spokane, officers “are required to record as much of the law enforcement activity as possible, but the sensitivity or exigency of a situation may warrant turning off,” according to the recently enacted policy. For example, when officers walk through a hospital, the assumption is that body cameras will be off unless there’s a specific reason to turn them on, Meidl says.

Additionally, officers in Spokane are allowed to watch some body camera footage after a deadly encounter only after approval from a detective investigating the incident.

Still, some areas are unclear. Specifically, Spokane’s policy restricts supervisors to watching footage only related to a particular incident, such as a use of force. However, the rules don’t specify how far before or after the actual encounter supervisors can view.

“Those are things that we still have to iron out,” Meidl says. “I think it will require clearer language. But if we were to negotiate over that piece, I probably still wouldn’t have a body camera policy in place.”

Ultimately, the majority of stakeholders agree that Spokane’s body camera program is a success, and Councilmember Beggs praises Mayor Murray’s decision to move ahead in Seattle.

“At some point you have to do what’s going to protect the city and its residents,” Beggs says. “When people are dying and lawsuits are being filed [you have to take action]. That’s what mayors are elected to do — make tough decisions.”

For the most part, Spokane residents see the cameras as the department’s attempt to ensure accountability and transparency. Prosecutors like the videos because they’re another piece of evidence available at trial. And Chief Meidl says the cameras are a “fantastic tool” for holding “rogue” officers to account while showing the daily realities of the job.

But there are still issues to be ironed out.

“They’re a nightmare for public records requests,” Councilmember Beggs says. The City of Spokane is currently looking for more efficient redaction software, but in the meantime, the backlog of requests continues to build.

“I think what we’re seeing in research is that for departments that do have some problems with excessive force or policies, you do see a drop,” Arizona State's Todak says. “For that type of department, where there’s room for improvement, if you put cameras on the officers, you could see a change.” 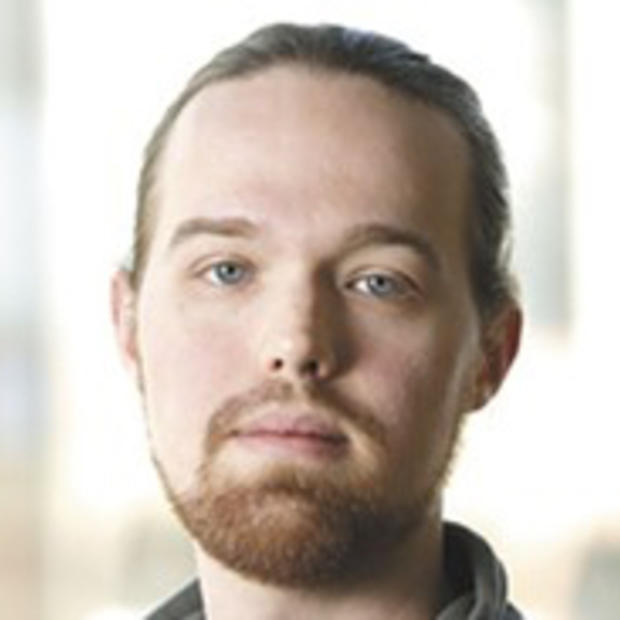 Mitch Ryals covers police and criminal justice for the Inlander in Spokane. Follow him @mitchryals